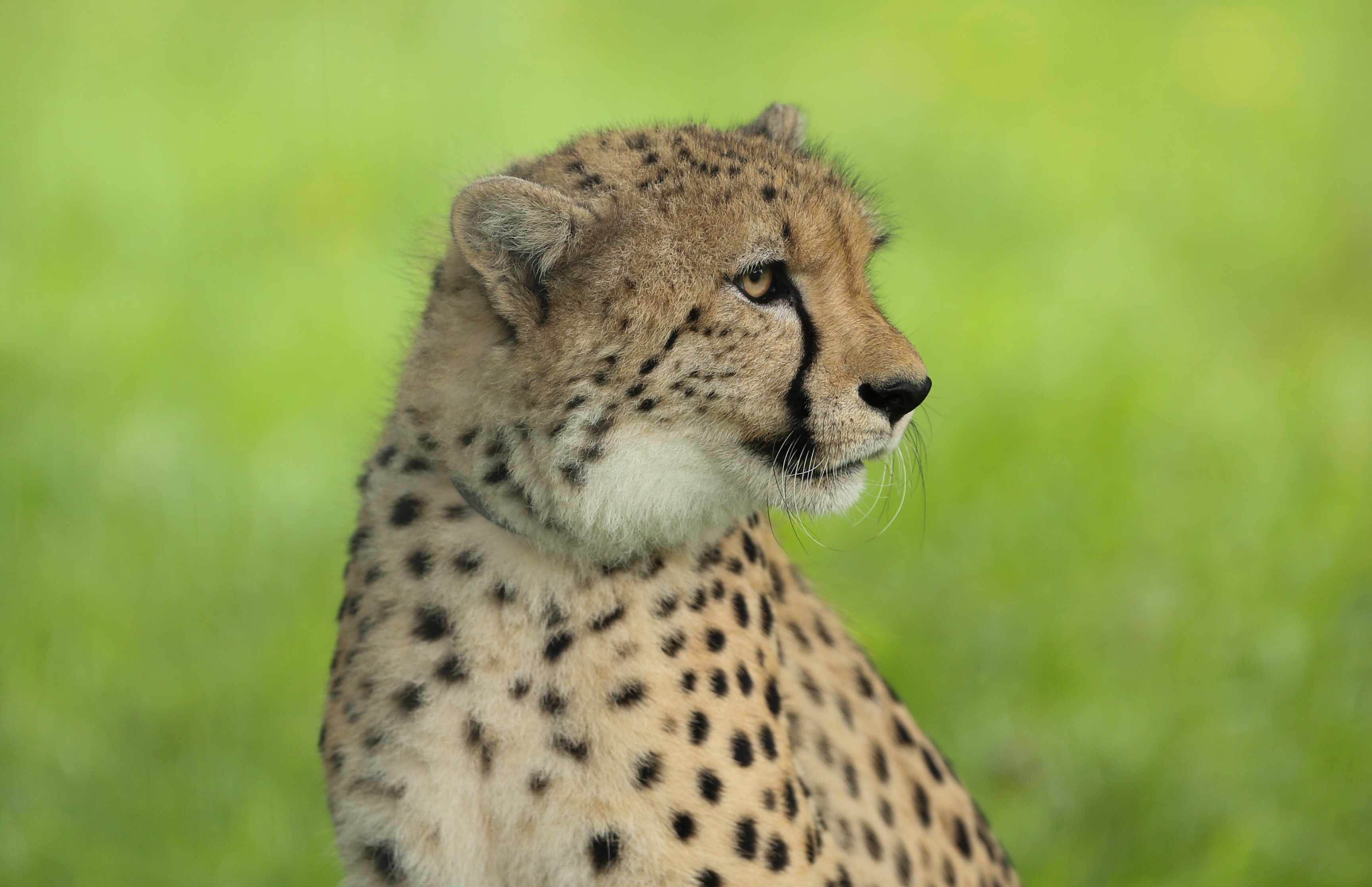 On 12th October 2018, a young, hand raised cheetah at Howletts Wild Animal Park, got through an internal fence dividing his enclosure from the neighbouring deer park, by squeezing through a gap between the top of the mesh fencing and the electric fencing overhang.

Once inside the deer park, the cheetah chased after some of the herd and two deer ran into a fence as they evaded him. Sadly, one deer was killed outright on impact with the fence and the other had to be euthanised, due to injuries sustained.

The cheetah did not wound or kill the deer and, as he is very used to human contact and knows his Keepers well, was easily led back to his enclosure within a matter of minutes, after the incident was reported by a member of staff.

During the incident, the hand raised cheetah was not outside of an enclosure and did not attempt to get into any public areas and posed no threat to the public or staff.

Saba has been at Howletts since he was rejected by his mother and, after being hand raised by the park’s Animal Director and the Aspinall family, is very used to human contact.

The gap in the dividing fence has subsequently been filled and the electric fencing overhang has been inspected by internal teams. On 31st October, the Zoo Licencing Officer also inspected the enclosure.

We feel, that as the hand reared cheetah was still within the confines of an enclosure and did not enter any public areas, or leave the perimeter of the park, that this incident did not constitute an escape.

In related news, we have been working closely with police in regard to animal escapes and we are part of the newly formed, South East Animal Collections Forum, which works with all the local councils in the area.

The first meeting of the forum was held in October 2018 and was attended by representatives from Canterbury, Shepway, Medway and Thanet Councils.  During the meeting, representatives discussed incidents such as animal escapes and the appropriate responses.

We are also helping the police in dangerous animal response training with regards to capture and firearm use.