We'd like to introduce you to Javan gibbon, Sigit, who will be leaving Howletts soon to make the incredible journey back to the wild.  Sigit will be transferred to our centre in Java along with his partner Iya, fellow Howletts residents Padang and Wayang and female Baru, from our sister park, Port Lympne Hotel & Reserve. 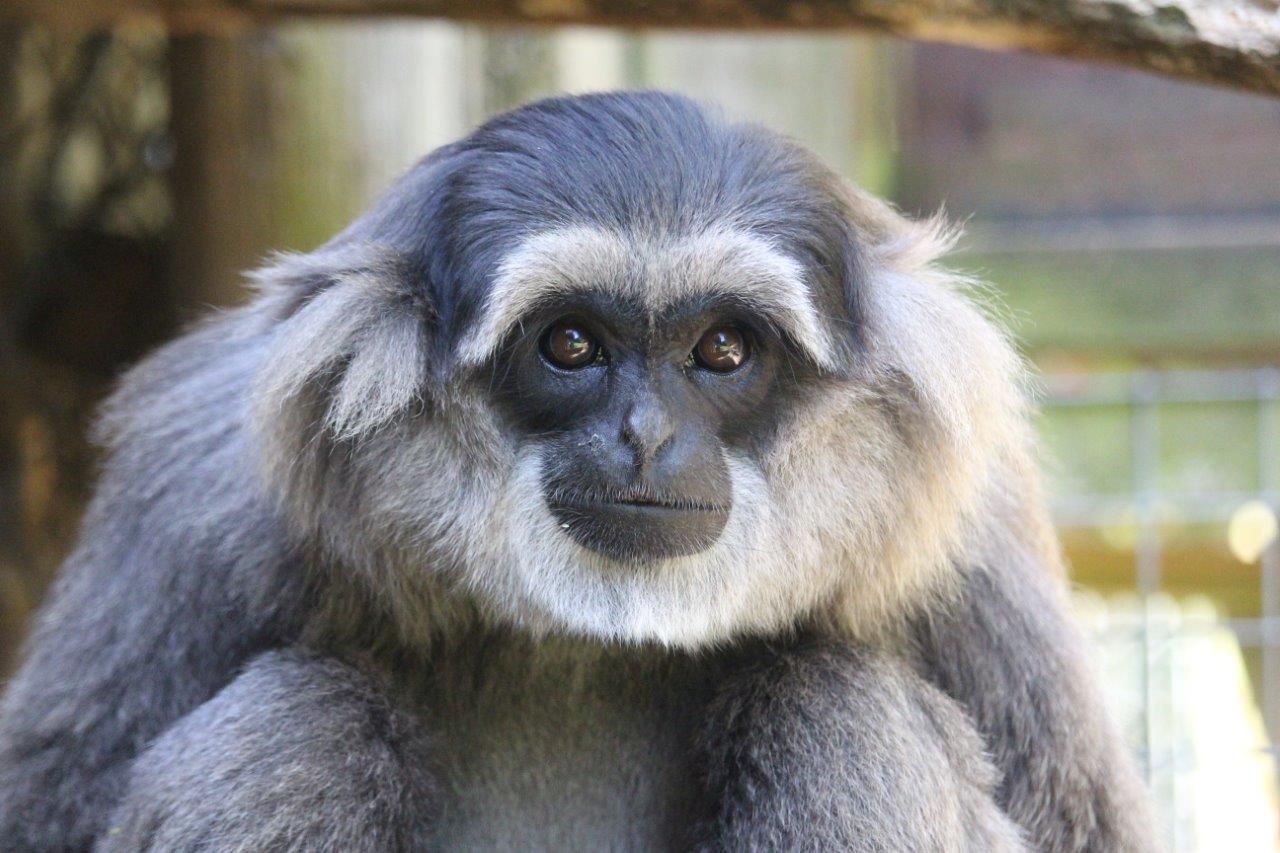 Sigit, who will turn 7 years old in December, was born by cesarean and then hand-reared by the primate keepers at Howletts Wild Animal Park.  Sigit’s mother, Cecep, has a malformed spine and pelvis resulting from poor diet before she was rescued from the pet trade in Java, which resulted in her being unable to give birth naturally.

Cecep had never shown interest in previous infants so once he was old enough, Sigit was put with an older female for company, however she wasn’t interested in him at all, so Sigit grew up a little scared of interaction with other gibbons. This made it difficult when it came to attempting to put him with an individual closer to his age as they wanted to play and he didn’t understand this behaviour.

Eventually he was paired with Iya, a female the same age as him. Iya is playful but also has caring maternal instincts and managed to coax Sigit out of his shell and they are now very settled together. They have been together for a few years now and are very close, always seen sitting together, grooming, playing or sunbathing. They will be able to explore the forests together, continuing to play and groom while living wild in Java.