This month we welcomed a red panda male, named Siwan, to Port Lympne Hotel & Reserve as part of a breeding programme designed to help boost the numbers of the dwindling wild population. 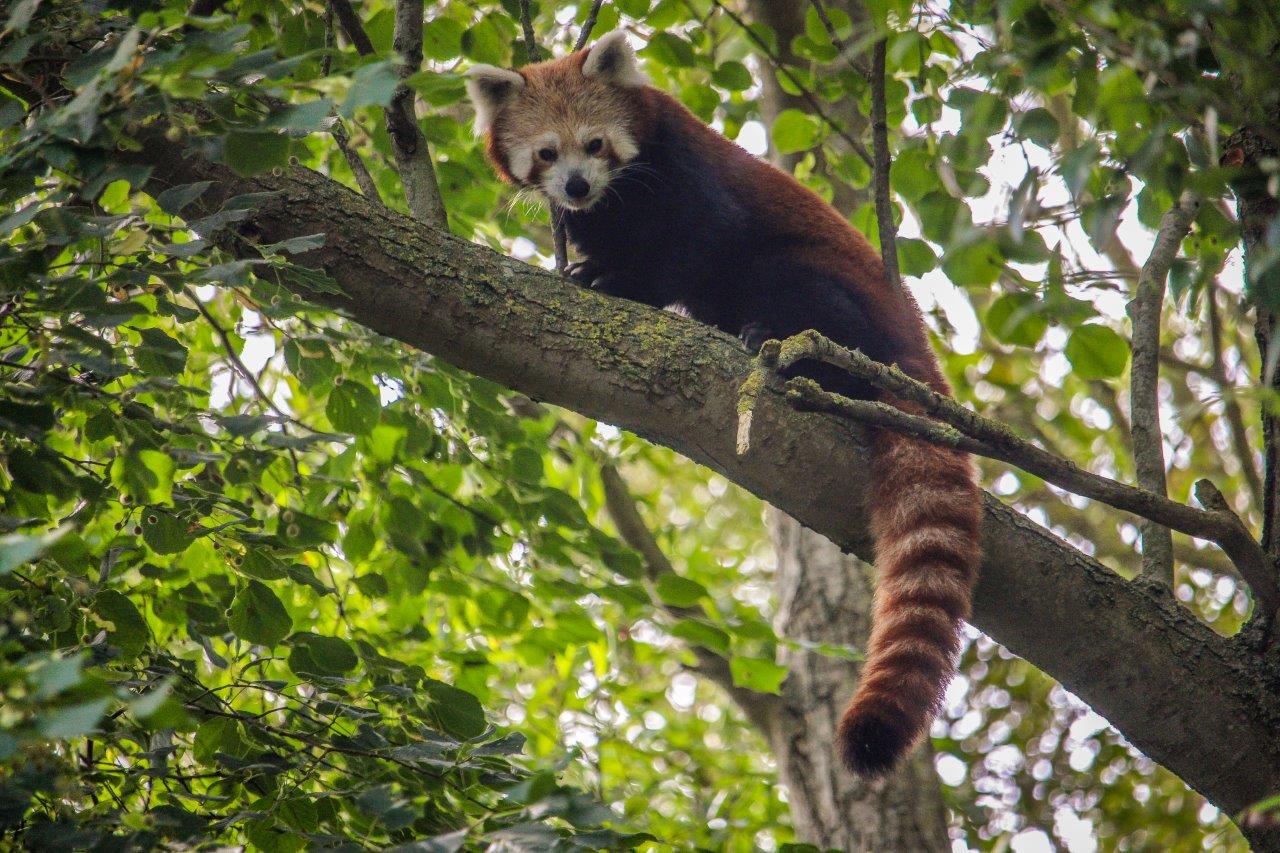 Eight year old Siwan – who arrived from a wild animal park in Europe, has been introduced to our resident female Wanmei, who has been living the life of a batchelorette, since her previous companion passed away, and keepers are hoping they will hit it off.

Siwan has already started venturing out to explore his leafy new habitat. By nature, red pandas are solitary animals that only come together during mating season, so for now Wanmei and Siwan are getting to know each other from a distance, although Wanmei has been showing Siwan who’s boss at feeding times.

Red pandas are listed as endangered on the IUCN Red List of Threatened Species and the population in the wild is decreasing.  Loss of habitat, hunting and climate change are all listed as factors contributing to the decline in wild numbers.

You can see Siwan and Wanmei in their leafy habitat on the hill between the Rhino Walk and the Carnivore Territory truck stop.