A Ray of Hope in Madagascar Despite the Pandemic!

According to the Global Forest Watch (GFW), forest around our Maevatanana Ambato-Boeny (MAB) project area has lost 17% of its initial cover over the past 20 years. Fire, illegal logging and converting forest into agricultural area / pasture for livestock are the known causes of this degradation. Crowned sifaka and mongoose lemur, both listed as Critically Endangered by IUCN, are arboreal and rely on the forest for their food. Because of this they are greatly affected by any changes in the forest profile. Additionally, people keep hunting and trapping wild animals as a food source and sometimes the meat is sold in the market as a source of money. The ongoing pandemic and measures taken to limit its spread has worsened the situation. However, the progressive results obtained over the first year of a two-year project to improve the conservation status of Critically Endangered lemur species in MAB show a bit of hope looming for lemur survival in the area. 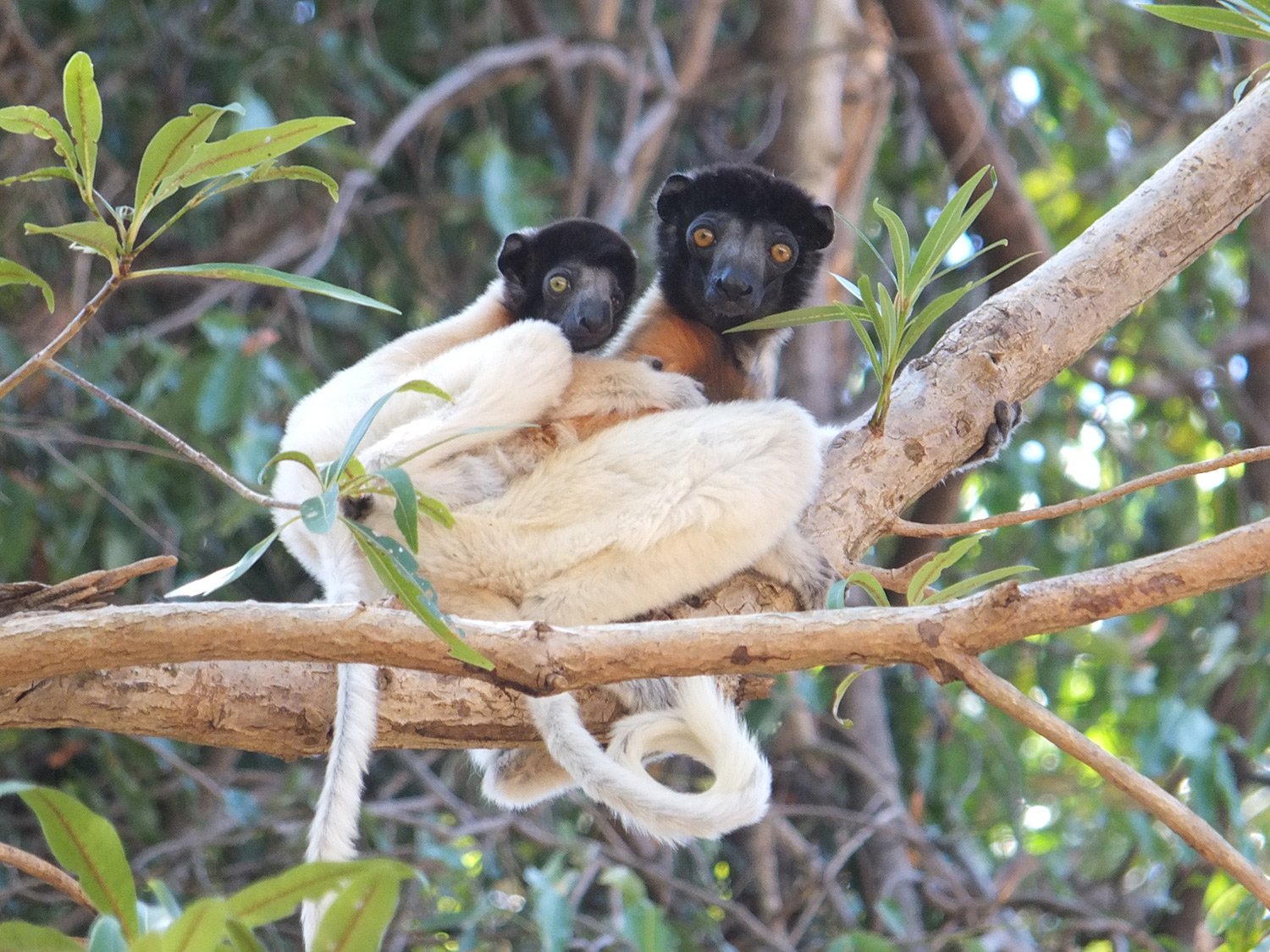 The aim of our project, supported by IUCN Save Our Species, is to improve the conservation status of lemur species present by carrying out preventive actions beforehand, like awareness-raising, environmental education, capacity building, forest patrolling, lemur population monitoring and tree nursery and reforestation. These activities are designed to avoid the occurrence of threats and pressures on the species and its habitat, and support for repressive actions like law enforcement, when pressures have already occurred, or compensative actions like community support and training on improved agricultural techniques. 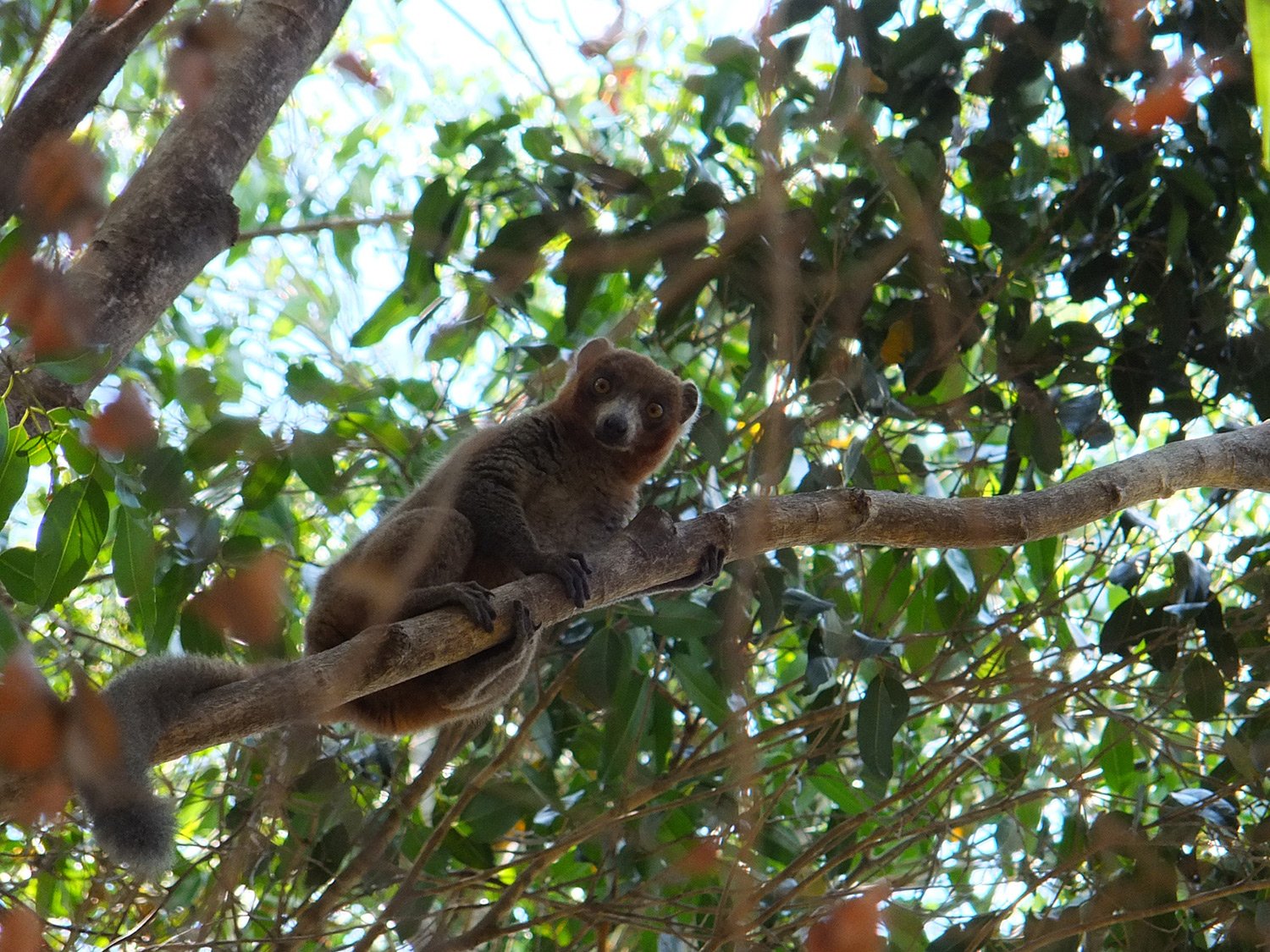 Fire is the main source of forest loss and forest degradation in Madagascar. According to the Malagasy decree, cleaning the agricultural area is allowed under authorization accompanied by various conditions. In the region of Boeny, fire is authorised in some areas, where people use it to facilitate agriculture. However, nowadays, few people are aware about the conditions required for using fire to clear an agricultural area, leading to accidental fire affecting the forest cover. As the connectivity of the forest in the region is already critical, conserving it, and trying to extend it is extremely necessary. Therefore, our mission is to raise awareness about these laws, regulations, and conditions to prevent accidents from happening and to let people know the limits to their rights to use fire. We are also running a reforestation project in the area with the aim of forecasting the future needs for wood and to extend the current forest cover. Although the problem is still present, statistics on fires that have occurred in the area in comparison to last year are showing a progressive decrease in terms of number.

Furthermore, the increased patrolling effort has resulted in an increase in the number of lemur groups identified in the project area. In fact, groups of crowned sifaka now being monitored has increased from 69 to 90 groups, for the mongoose lemur it has increased from 18 to 23 groups and for the red brown lemur from 20 to 22 groups. Our field team have also recorded the birth of 27 crowned sifaka, 8 mongoose lemur and 11 red brown lemur. 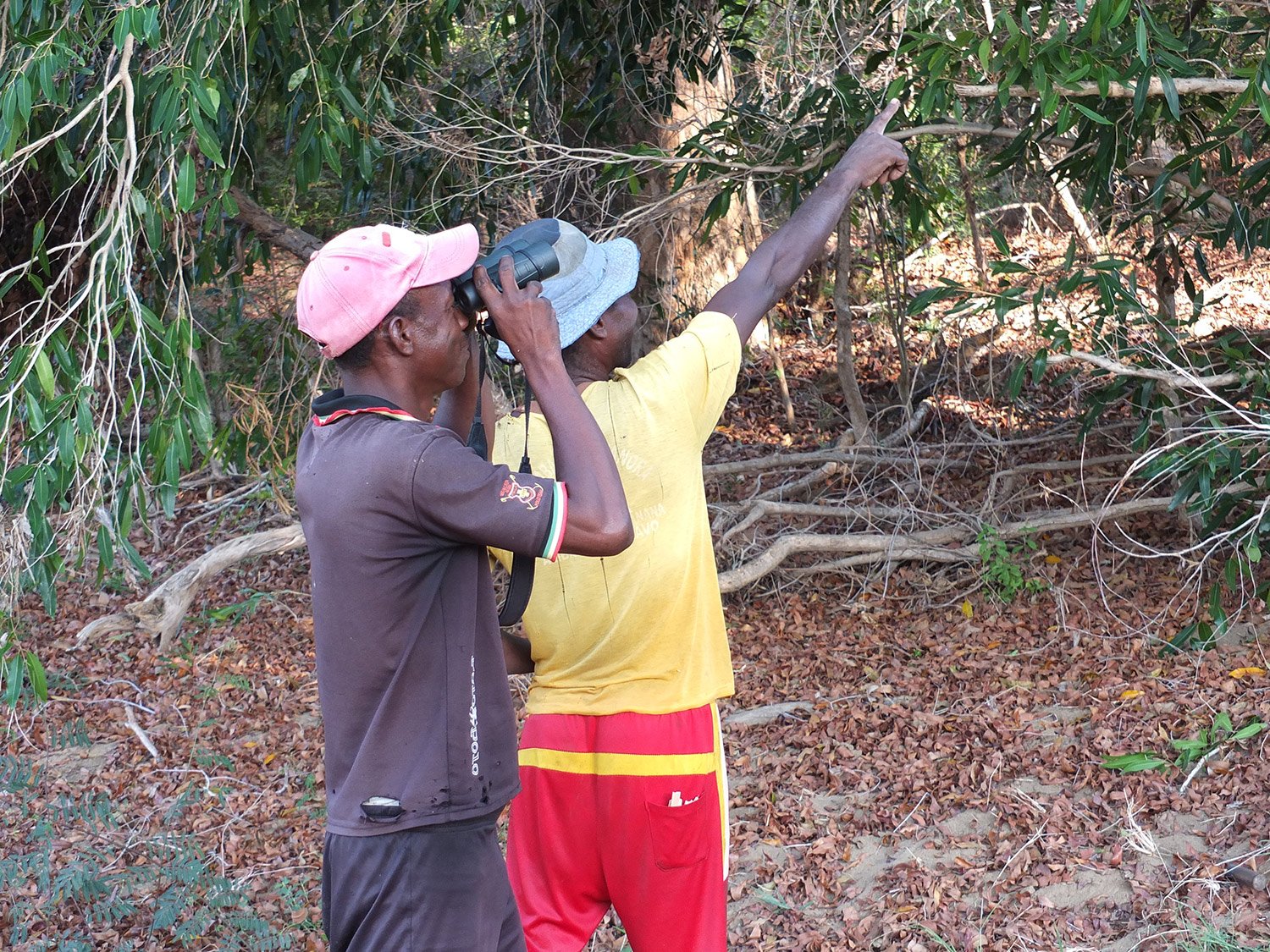 Rangers at work. © The Aspinall Foundation.

As part of the agreement made between the Ministry of the Environment and each association having obtained their transfer of management contract, each community has the duty of restoring forest cover in part of the area they are managing. With sustainability in mind, we have trained each association in seed and wildling collection so that they can produce their own sapling for their reforestation duty. In six months, local communities have produced 24,234 native plants from seven species in total at their tree nursery and have transplanted 14,536 trees in the reforestation area.

This project is co funded by IUCN Save Our Species. The contents of this article are the sole responsibility of The Aspinall Foundation and do not necessarily reflect the views of IUCN.