An update from Gabon

Since The Aspinall Foundation reintroduced the ﬁrst western lowland gorillas in Batéké Plateau National Park in 1998 we have now established ﬁve separate groups. Once hunted to extinction in this remote paradise of lush gallery forest and hilly savannas, our efforts to bring back a viable population of this critically endangered great ape have encountered many difﬁculties along the way.

Under the leadership of Chairman Damian Aspinall it has taken the determination, resilience, and constant re-evaluation of our teams in Gabon and back in the UK to get this far. With a number of births in the wild, and the formation of new groups, we feel confident the Gorilla Protection Project is moving in the right direction. However there is still much to do to secure the future for what is surely one of the most stunning, emotionally intelligent, yet highly vulnerable species.

Out of the five groups the most established are the Tongas. Born in September 1996 at Port-Gentil zoo,(Ogooué Maritime, Gabon), dominant male Tonga came under our care 1st February 1999. Combined with gorillas mainly confiscated from the illegal wildlife trade, he has proven to be a strong leader over the years and the group has celebrated numerous births. More recently some of his females have moved to young silverback, Boumango, but Tonga continues to hold his position as leader of our oldest group. On the 26th February this year the Tongas were observed in a more relaxed setting than on previous encounters and it was possible to identify at least eight of the group whilst it was clear more were moving deeper in the forest. They are in great condition, and the group were observed feeding on aframomum stems and ants. Silverback Tonga demonstrated he was ready to protect his family by beating his chest and positioning himself in front of the rest of the group. One of the young adults Ntsege, born to the group in 2008, is becoming quite a big black back. It was good to see him learning from his father as he displayed with a small chest-beat of his own. 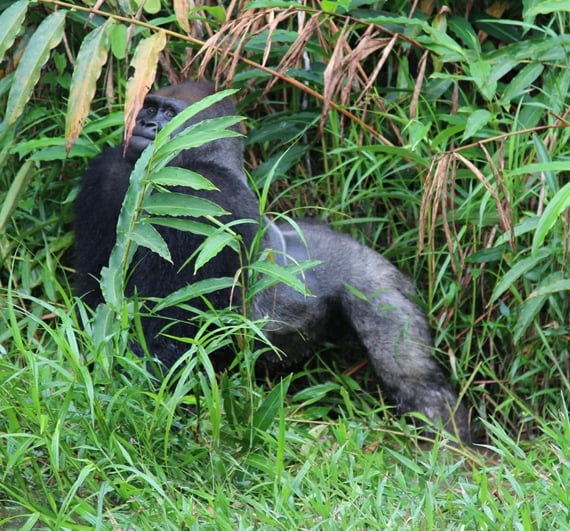 Boumango, who is estimated to be a couple of years younger than Tonga, and broke away from his group when he matured into a silverback, continues to thrive since he began to acquire females of his own. When last observed on the 20th January 2019 they were all in very good condition and female gorilla Miyandza was the latest entry to his group. With the birth of his first baby last year we are hopeful Boumango will produce more offspring soon.

Our newest family group, the Rafas, were last seen on the 17th December 2018. They were all in amazing condition, even though it had been 2 months since the team gave them feeding support. It is hopedto capture images of them soon on camera trap, but at the moment silverback Rafa is probably keeping his two young females deep in the forest as they acclimatise to life away from the habituation island.

Djala and Djongo are doing very well and their body condition appears to be constant. They seem comfortable to range extensively around the forest and are receiving about 50% of their food via the team. Sweet potatoes have recently been cut from their diet and the wild fruits increased to encourage them to be more self-sufficient. As Djongo matures he should look to gain more independence from his father. 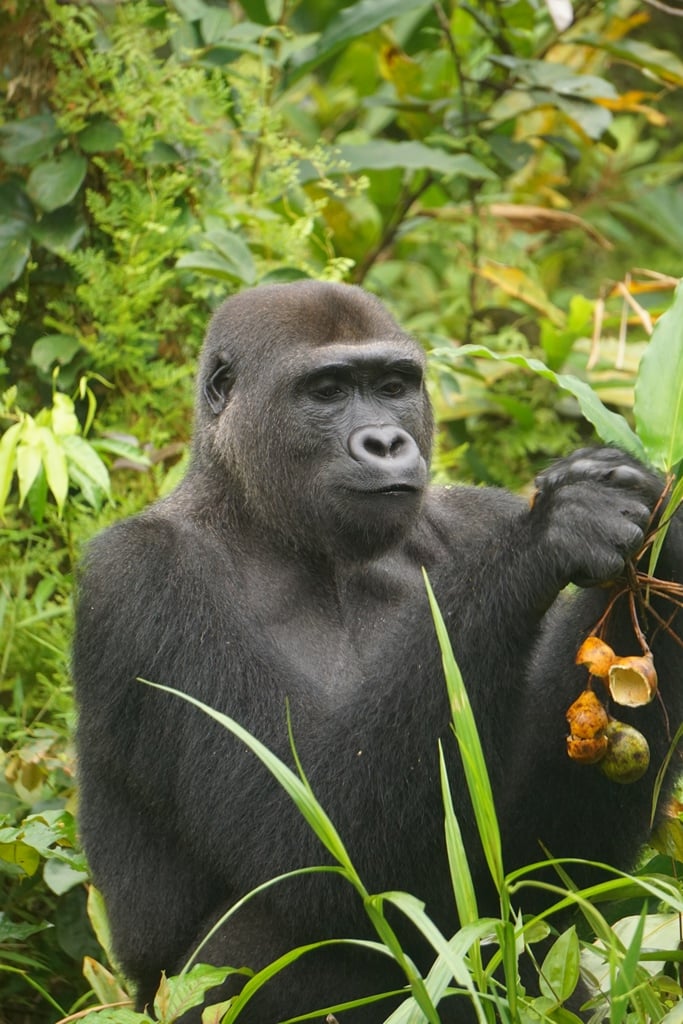 The last group, Djalta and Ima, were born at Howletts in 1998 and 2002 respectively and were relocated to our Gorilla Protection Project in Gabon in 2003. Since that time the two young males have grown and adjusted to living in the wild. As the elder of the two Djalta has always been considered to be the more dominant but we now believe the two gorillas are in a transition phase. Although previously seen together most of the time, the last occasion being a camera trap sighting in January this year, Ima was observed alone on the 7th February. We believe the couple are spending an increasing amount of time apart from each other. The videos from camera traps in November last year show the two males following and interacting directly with the Tongas. On the video Tonga is closely followed by the Djaltas and the two young males may be starting to actively follow the other groups and be more interested in the females. Ima’s back is also becoming more silver at each observation and the muscles getting more defined. This is an important stage in their development and for all male gorillas a time when they face new challenges as they mature into silverbacks. 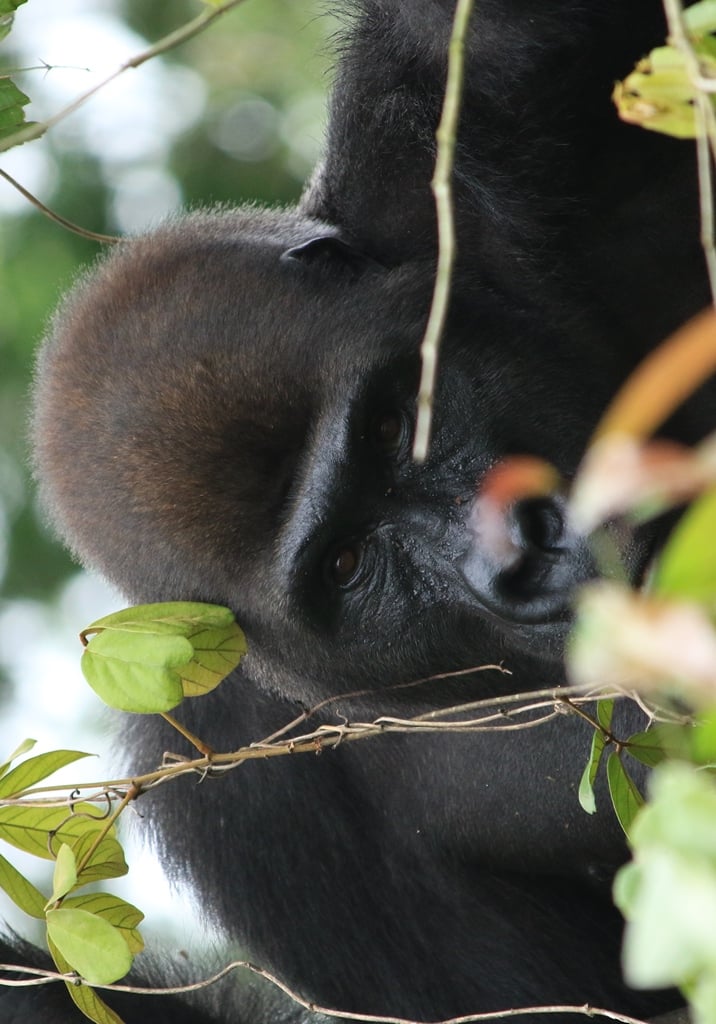 Topics: Wildlife, Conservation, Gorillas, Gabon, back to the wild