Boris is an 8 year old moloch, or silvery, gibbon born at Bali Zoo.

Moloch gibbons live exclusively on the island of Java in Indonesia. The island has become one of the most densely populated areas on earth, and it's largely because of the illegal pet trade and the destruction of large tracts of tropical forest this distinctive ape with stunning silver-grey fur is classified as endangered. 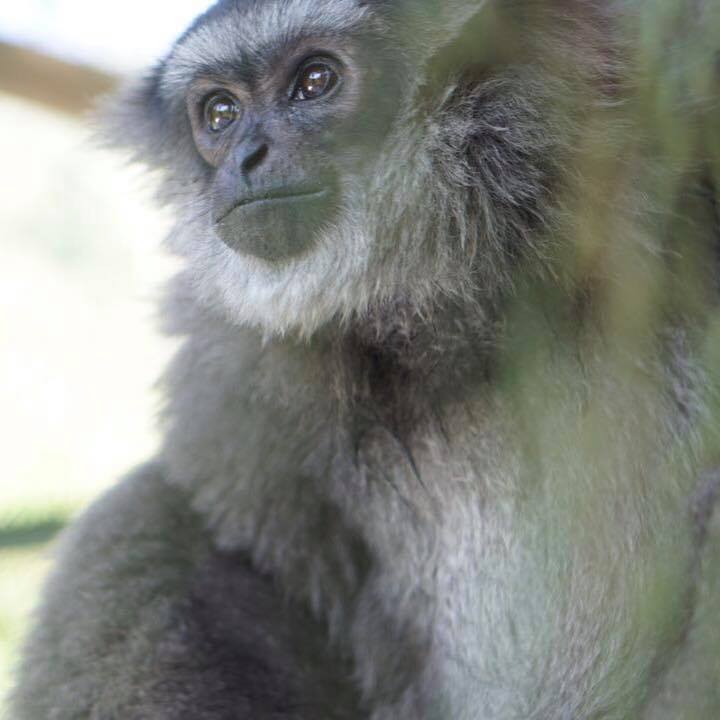 Boris, who has four siblings back at Bali Zoo, has come to us specifically to join our Back to the Wild programme. He was transferred to our Javan Primate Rescue Centre on 9th August 2018 and within a couple of weeks had received his initial health check. As would be expected he is in good condition with a healthy body weight of 6.8 kg. A number of standard tests were undertaken including bloods, dental and eye checks, and standard injections for parasites/worms.   Since then he has joined the rehabilitation process, to ready him for a final release.

Reintroduction is increasingly becoming an important aspect of conservation action plans. With dwindling wild populations, rehabilitated gibbons provide an opportunity to establish new groups and reinforce existing non-viable populations. We are sure you will join us in wishing Boris well when his time comes to live free, and hopefully play a part in creating a new generation.

Topics: Conservation, Java, back to the wild