Our first major conservation project conducted in Madagascar focussed on the greater bamboo lemur. At the time, in 2009, it was estimated as few as 100 remained in the wild. The Aspinall Foundation surveys led to newly identified sites, for which we developed community based conservation programmes. Over the last ten years the population slowly began to recover to a point where over 1,000 greater bamboo lemurs are protected and monitored regularly, with more than 50% of the population at Aspinall Foundation sites. However the species remains Critically Endangered, at high risk of extinction, and even more vulnerable due to its limited diet almost exclusively of bamboo.

The Vohibe/Vohitrambo rainforests are small, remote, lowland rainforest fragments in eastern Madagascar situated just to the north of the Nosivolo river, and an area where surveys had identified the presence of the greater bamboo lemur. The site is of particular importance as the forest is located mid-way between the previously known "northern" and "southern" populations of the species, but our work in the area has been limited until recently.

In 2020 we were delighted to establish a six month project in the region with support from the Lemur Conservation Action Fund, managed by Global Wildlife Conservation. The project was designed to increase our knowledge of the target species in the area and develop the capacity of the rural communities, whose subsistence lifestyles are damaging not only to the habitat and its wildlife but also will ultimately become unsustainable for the human population. 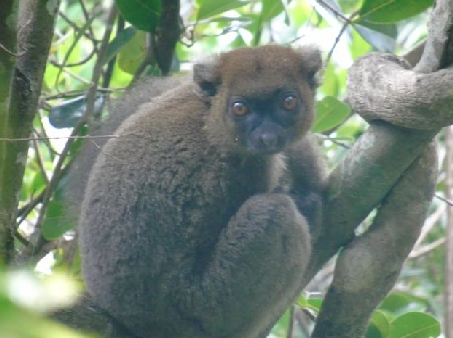 As a result of the project the Aspinall Madagascar team have now identified two groups of greater bamboo lemurs (Prolemur simus) at Vohibe and Vohitrambo. The smaller fragment of Vohitrambo also supports small groups of common brown lemur (Eulemur fulvus) as well as a newly identified group of three red-bellied lemur (Eulemur rubriventer) – a species not previously recorded in the area.

However the project has also confirmed the extreme pressures on the habitat and its wildlife caused by human activity has increased and overall lemur populations are now lower than recorded in a previous survey conducted in 2012. These pressures include hunting lemurs, forest clearing for slash-and burn agriculture and illegal logging. 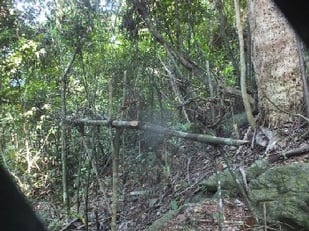 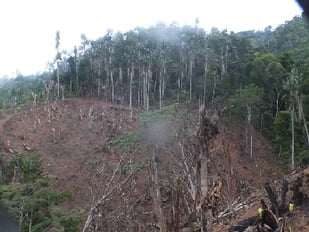 These threats arise mainly from the local communities and the lifestyle to which they are accustomed, largely created by poverty and a lack of training. For this project a crucial element involved local people and school children receiving training and support on market gardening with the aim of helping the school canteen of three primary schools to become autonomous and self-sustaining. In addition a reforestation project was started, although more time is needed to monitor its progress in the long-term. 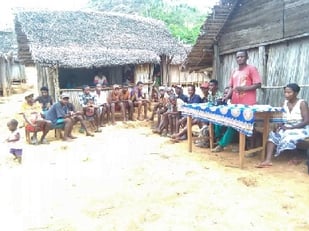 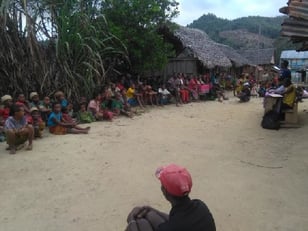 This project has provided evidence that the Vohibe/Vohitrambo rainforest fragments are still supporting important populations of increasingly endangered lemur species as well as other valuable fauna and flora. Levels of attendance at training sessions also indicates local communities want to participate in projects that offer them a more sustainable way of life which, in turn, reduces pressure on the environment. We hope to be able to build on these results in the future.