Port Lympne Hotel & Reserve in Kent, is celebrating the arrival of three beautiful baby white-belted ruffed lemurs, one of the world’s most endangered primates. 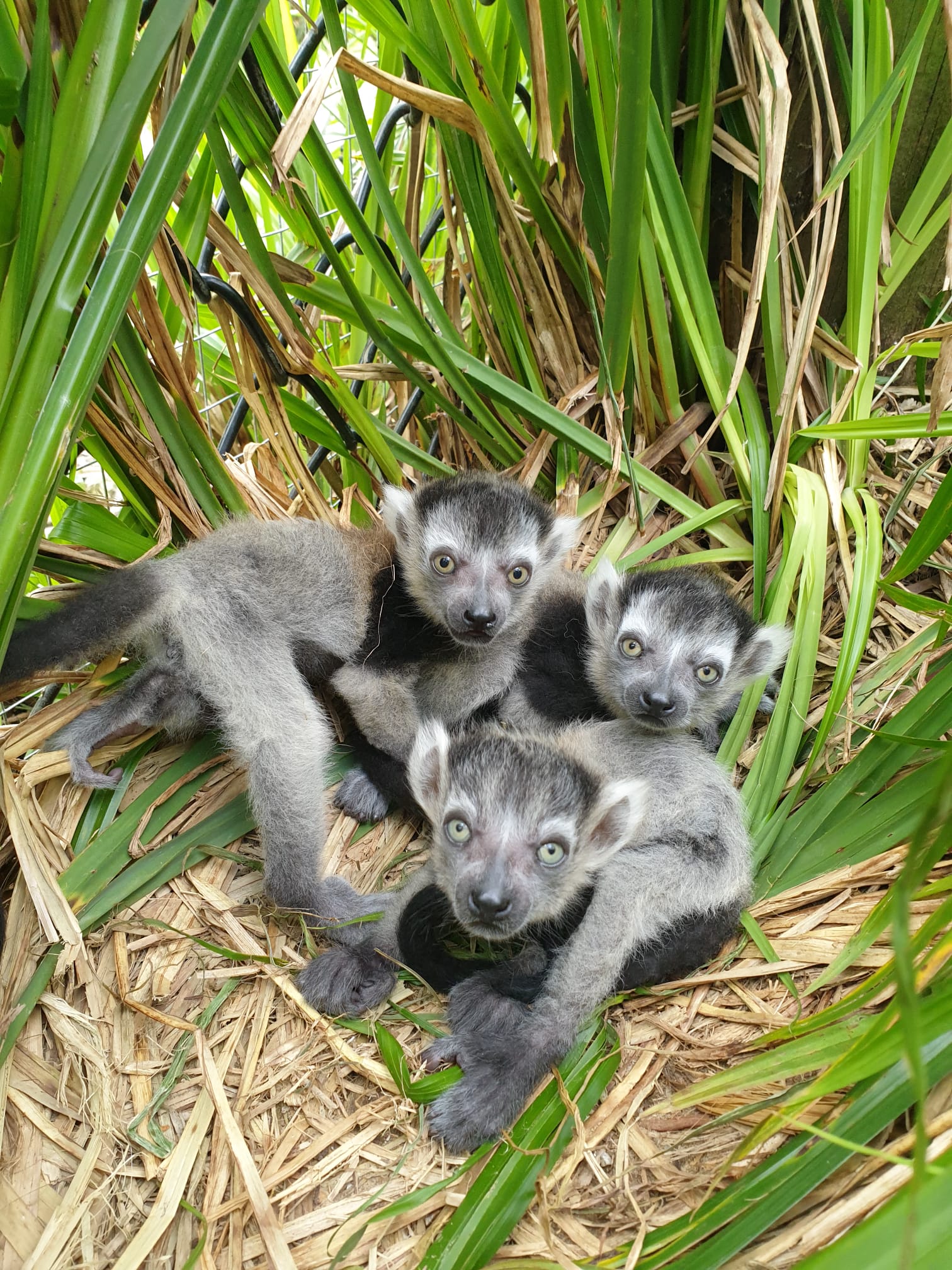 Born on the 19th April 2022 to mum Ikala and dad Mino, the wide-eyed youngsters, a little boy and two girls, are quite vocal, developing very fast, and are already climbing around and testing mum and dad’s patience.
Port Lympne’s Animal Director, Simon Jeffery, said: “We’re thrilled with this new trio. Ikala, an experienced mum now, is doing amazingly well and has been very attentive, constantly washing them, much to their annoyance."

“Due to habitat loss, these lemurs have faced an 80% reduction of their population in the last 21 years, with their population decreasing every year. So these babies are important in keeping the species from becoming extinct.” 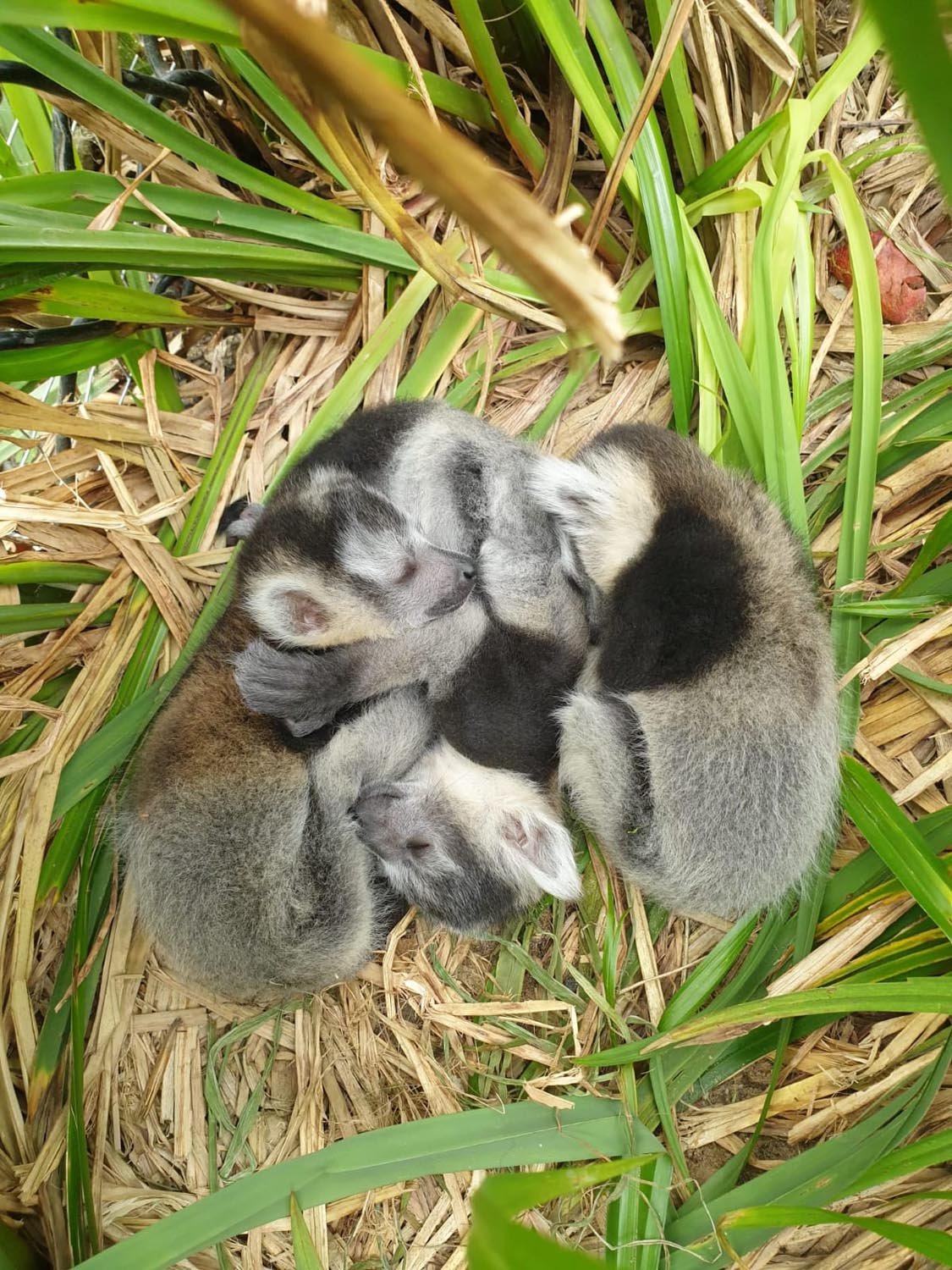 Head Primate Keeper Jamie Robertson added: “The two girls are very feisty and try to take us on if we get too close, the boy is a bit more relaxed and likes to wander off to get away from his sisters. Observant visitors may spot Mum carrying them one by one outside during the day to hide them in the grass.” 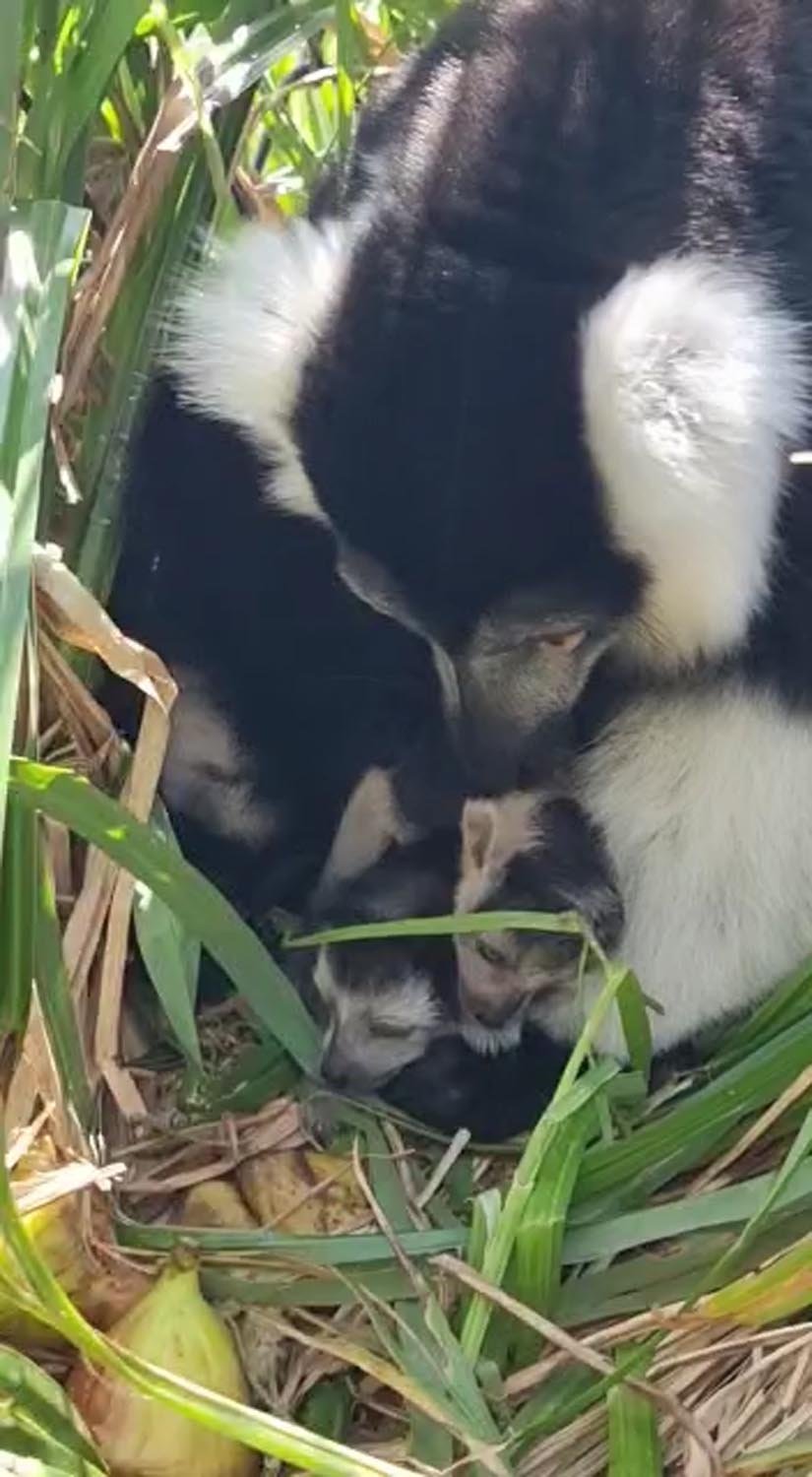 Ikala hiding her babies in the grass.

Classified as Critically Endangered on the IUCN Red List, white-belted ruffed lemurs are found exclusively on the island of Madagascar in lowland and mid-altitude rainforests. They are highly social animals, living in female-dominated groups.

Mothers give birth in a tree hollow and leave their new-borns there while they forage for food. They have a herbivorous diet of fruit and plants and are important pollinators, using their long snout and tongue to reach nectar hidden deep inside flowers.

Celebrate the arrival of these captivating newborns by coming to see them up close.

Port Lympne Reserve works in conjunction with its partner charity, The Aspinall Foundation, which helps to protect the Madagascan lemur population and their habitats through community-supported conservation projects. Surveys carried out by the charity in 2009 doubled the number of locations where greater bamboo lemurs were known to occur. This led to the creation of the first-ever community-managed site in Madagascar designed specifically to protect this species. Consequently, the greater bamboo lemur was removed from the list of the 25 most endangered primates in the world, for the first time in a decade.