As well as representing the letter Z in the alphabet and looking like giant four legged barcodes, zebras have a few other special talents!  We've put together our favourite zebra facts to entertain you while you wait to experience the safari adventure at Port Lympne Reserve for yourself this summer!

The mountain zebra, classified as vulnerable by the IUCN, has 2 subspecies.

The third species is the endangered Grevy's zebra.

Here's how you can tell which species you're looking at while you plan your safari holiday for your 2021/2 bucket list! 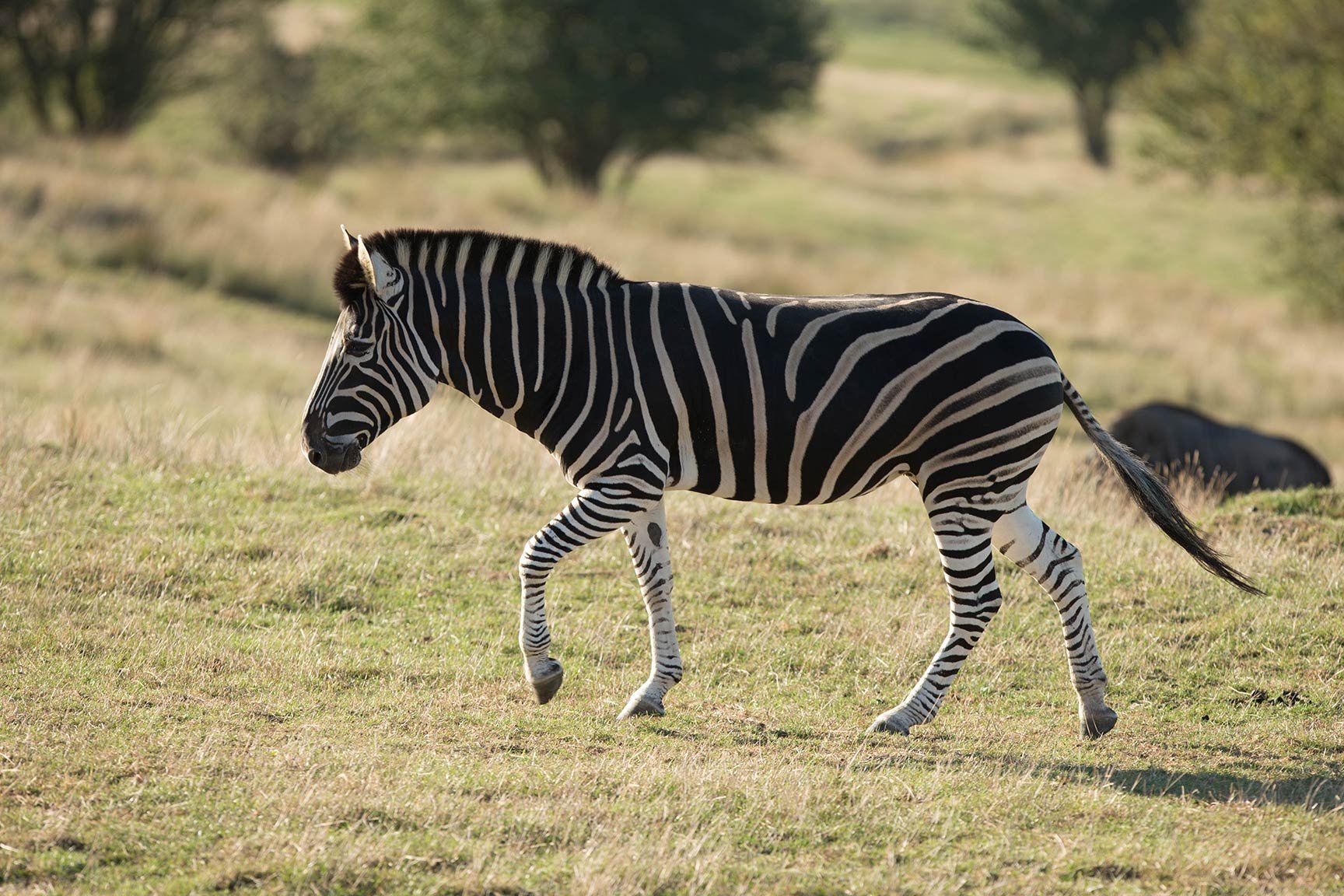 PLAINS ZEBRA (Equus quagga)
IUCN status:
Near threatened
Appearance:
Broad vertical stripes on the front half, that turn to horizontal stripes on the back half.
Some subspecies have a lighter coloured 'shadow stripe' between the black stripes.
Stripes continue under the belly. 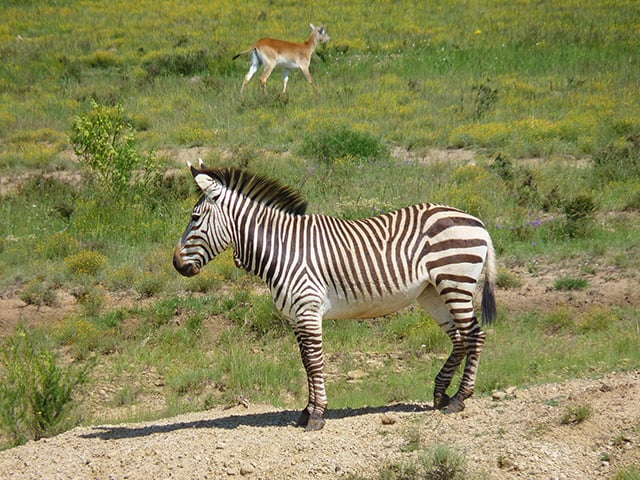 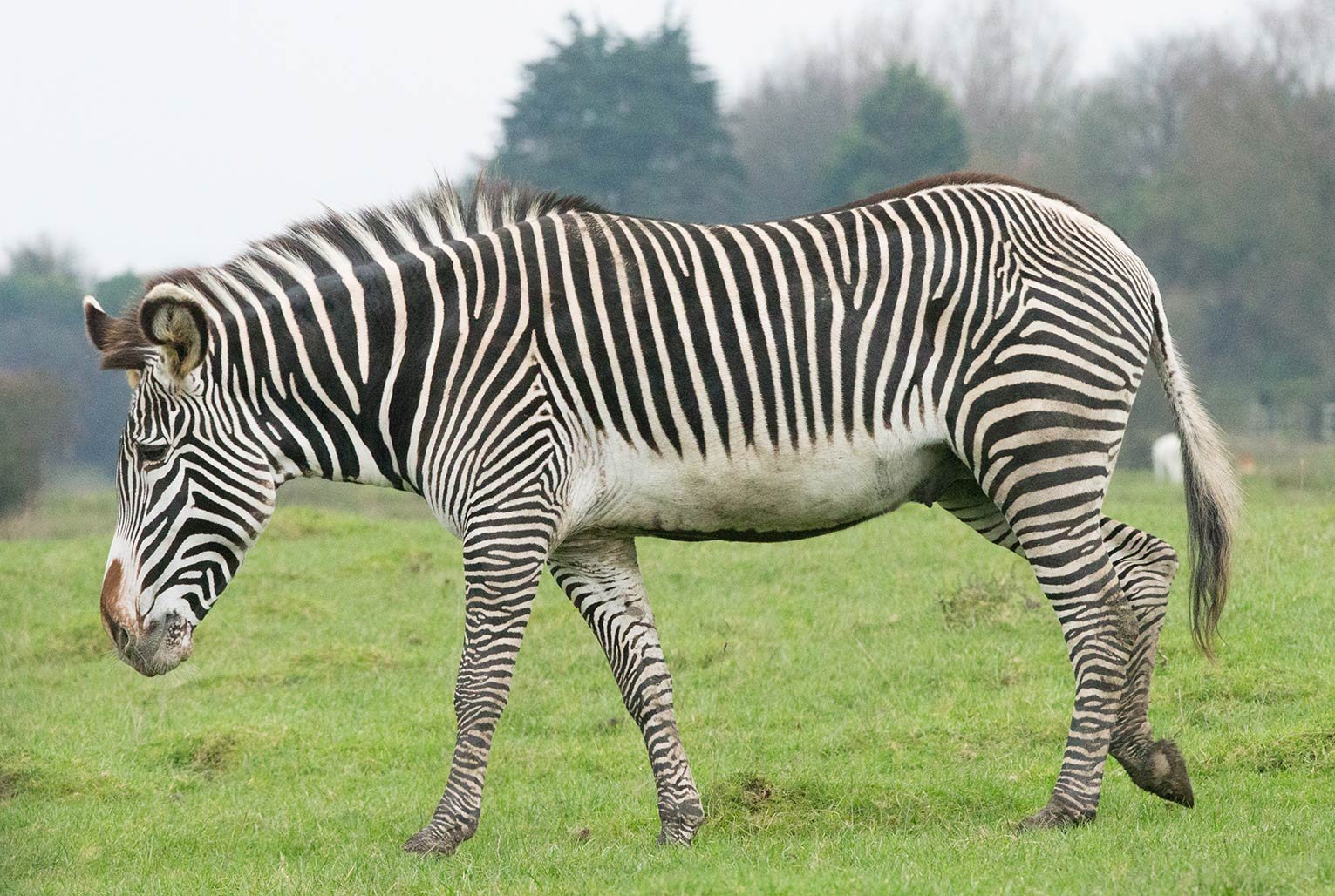 Stripes are in!
As well as being incredibly slimming (ask any celebrity stylist!), their vertical black and white stripes are actually thought to serve several purposes:
1.  Camouflage. How can black and white stripes be camouflage in a sea of grass, we hear you ask! Think more about the pattern than the colour. The vertical stripes blend well with the light and dark shades of the vertical grasses.
2. Cooling system.  The black stripes absorb light and the white stripes reflect it, creating their own air cooling air currents and preventing the zebra from overheating in the sun.
3. Pest control. A recent study suggested that the stripes scramble the vision of biting insects.

Dazzled yet?
The collective noun, or name for a group of zebras is a 'dazzle'.  It's easy to see why when you try and pick an individual out of a herd of galloping zebras!  Their coat patterns blend together, making it confusing for lions and other predators to pick one out of the herd.

Not dazzled by our fascinating zebra facts?  Go ahead and google 'what sound does a zebra make?'  That should make you smile!

We look forward to welcoming you at Port Lympne Hotel & Reserve this summer.  Make your family day out even more special when you upgrade your visit with a safari experience, guided by our expert rangers.

Our day visit safaris are sold out until Friday 13th August 2021 due to popular demand.