A female greater kudu calf was born at Howletts on the 7th July 2019. It wasn’t the first birth for the mother, named Adana, but unfortunately it did not end well. She suffered a prolapse overnight whilst giving birth and sadly died early that morning. 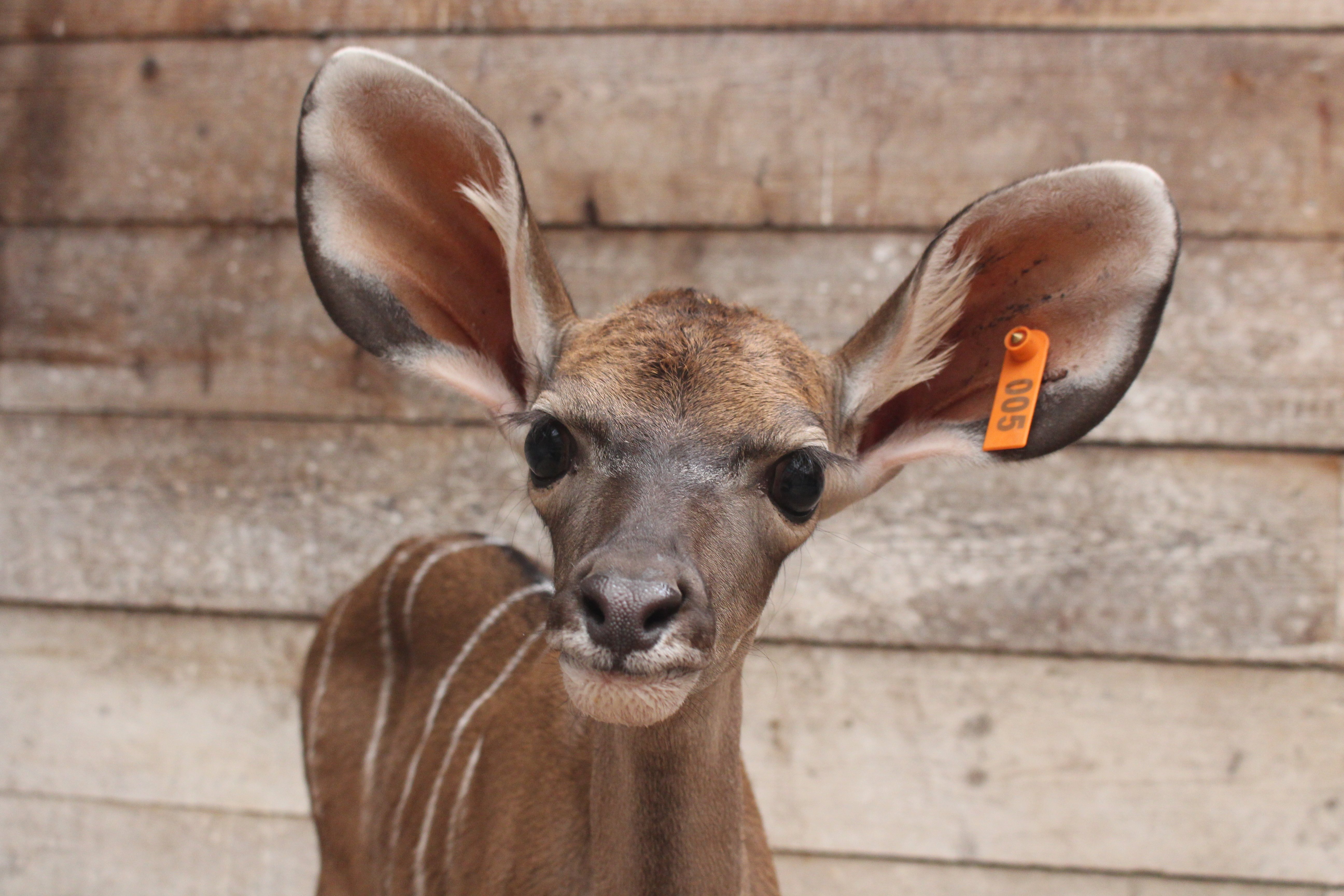 The calf, named Imara, clearly dependent on her mother to survive, needed to be hand raised at the park. Kept in close proximity to the kudu herd’s paddock, the intention was to reintroduce her to the rest of the herd as soon as possible.

The greater kudu (tragelaphus strepsiceros) is a woodland antelope found throughout eastern and southern Africa. Whilst their range is quite large their numbers continue to decline. They are hunted for meat and hides and the males for their spectacular spiralled horns that can reach 1.8 metres long. Their habitat is also under threat, mainly from charcoal burning and farming.

Kudu calves grow quickly and after a few months they are fairly independent of their mothers. It hasn’t been the easiest start for Imara but given the support of dedicated keepers at Howletts she has already been integrated into the herd and spends all her time with them. In turn, they have accepted the young calf, although they do look strangely at her when she bounds over to the fence to take the few remaining milk feeds she requires.