The Landscape of Extinction: 5 Reasons Why Animals Urgently Need Your Help!

Animals have been around in all different shapes and forms for hundreds of millions of years, with natural waves of extinction occurring throughout time. But in the past century, the landscape of extinction has changed. As the human population has expanded massively, more animals are under threat now than ever before. 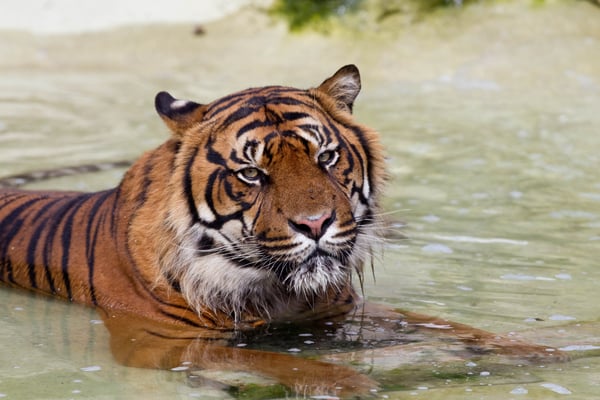 1. Scientists are warning we’re in the middle of the sixth mass extinction. While these phases aren’t new for the planet, they’re usually caused by catastrophic geological events like volcanic eruptions, asteroid strikes and natural climate change. Ultimately, humans are the cause of the current biodiversity crisis due to overconsumption and overpopulation.

2. Extinction rates are 1000 times higher than they would be if humans weren’t around. In the last 500 years, deforestation, plastic pollution, habitat loss and hunting have forced over 800 species into extinction. The International Union for the Conservation of Nature says that a quarter of all mammals and a third of all amphibians are at risk of extinction.

3. More species are becoming extinct every day. It’s almost impossible to gauge how many animal and plant species we’re currently losing, as we don’t know exactly how many there are to start with. However, estimates suggest (in a best-case scenario) we’re losing up to a dozen species a day.

4. We need to help animals because they help us. Through biodiverse ecosystems, animals play a pivotal role in how the planet survives, from helping cultivate habitats and limiting climate change to playing an essential role in the food chain.

5. The natural world supports the livelihoods of millions of people all over the world. A two-year study looked into the economic cost of biodiversity loss and put the cost of damage done to the natural world by human activity at around £2 trillion every year, minimum. Every area of the global economy will be negatively affected if species are allowed to die out.

It’s a lot of daunting information to take in, and it can be difficult to see how you can help. But there are plenty of things you can do to make a real difference, from making small changes in your everyday life to limit waste to donating money to a conservation charity – even sharing this post to spread the word and raise awareness.

The ongoing efforts of wildlife organisations is having a positive impact, with some endangered animals being brought back from the brink of extinction and population numbers slowly beginning to recover – but their work is only possible with your help.

Do you know which animals are struggling the most?

Play our quiz to put your knowledge to the test…