We have often spoken about the value of camera traps, and use them across all our overseas projects. Whilst we carry out frequent patrols at our project sites in Madagascar the presence of people, even skilled rangers, will inevitably be invasive and may limit the sightings of wildlife. Also many species are nocturnal, and only active during the night. By locating cameras at key positions and leaving them for short periods of time it is possible to compile a snapshot of the animals present in a specific area.

Following a generous donation of camera traps from LIFElabs we have recently been able to install a number of cameras in the Andriantantely lowland rainforest in Madagascar. We were particularly interested to see if the traps would pick up any fossa that are known to be in the area. Fossa are the largest carnivore native to Madagascar. A cat-like forest dweller, they are most active at night and hunt lemurs and birds. 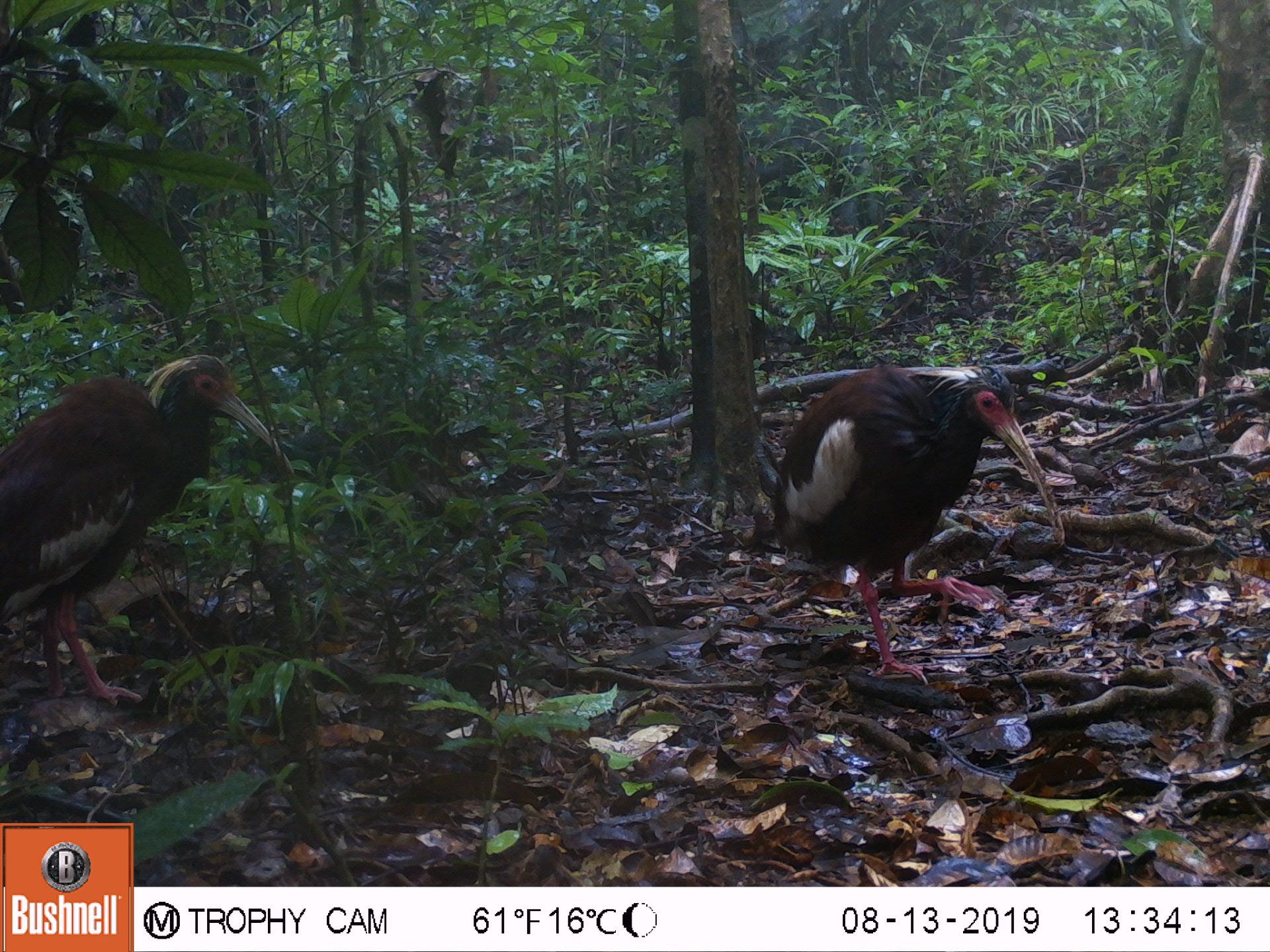 Although we have not yet captured any images of this Endangered top predator we have found evidence of another forest dwelling hunter classified as Vulnerable to extinction with a decreasing population. The spotted fanaloka, or Malagasy civet, is nocturnal and usually preys on small mammals, amphibians, and bird eggs. As with much of the native wildlife top threats to its survival are deforestation, hunting, charcoal production, and logging. They also face increasing competition from introduced species such as dogs, cats, and small Indian civets.

Other species are being recorded too, such as the striking Madagascar crested iris, among the largest birds in the Madagascan forest. Images of more birds, including the unusually named scaly ground roller, and the red-breasted coua, a species of cuckoo, have also been captured. 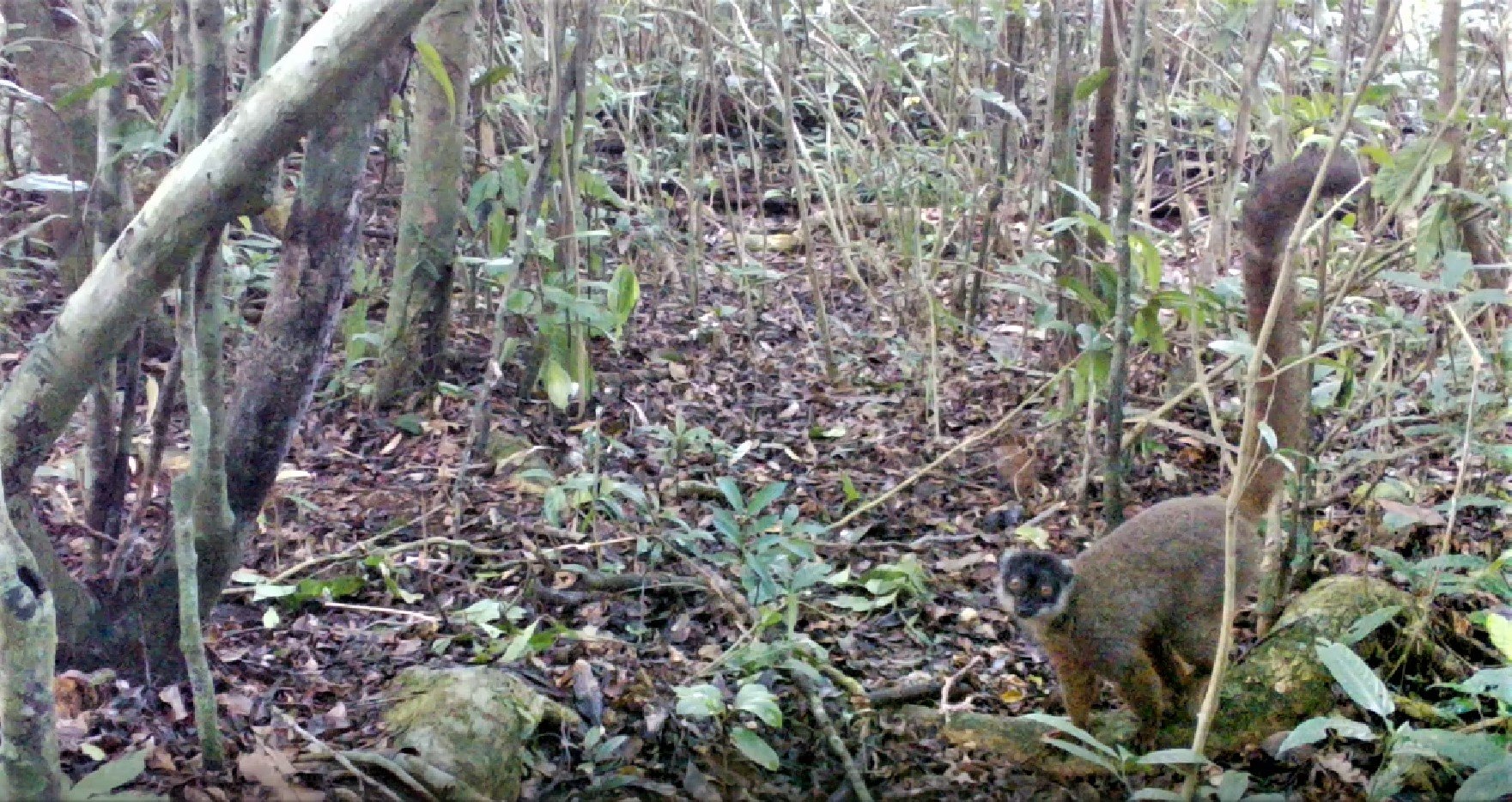 Video and images from the camera traps will continue to form a highly valuable tool for data collection and monitoring purposes. Combined with the information gained by our experienced team of Malagasy rangers we will continue to use this data to build a more complete picture of the wildlife populations in the region. 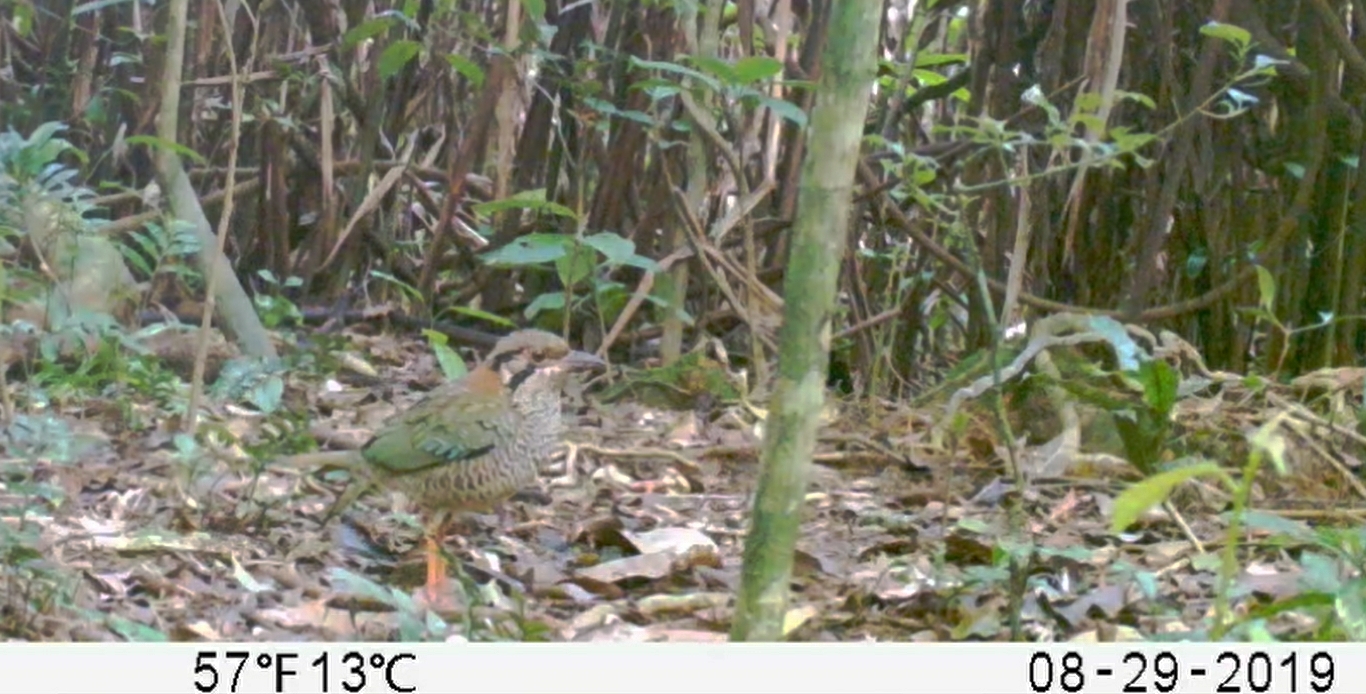