We thought you might like the chance to see the kind of updates we get from our overseas projects. Updates like these are the reason we're working so hard to raise funds to continue our vital conservation work....

"In the last couple of weeks we had the chance to see all the 5 groups of gorillas.

The Tongas are along the Lewou river. The group is doing well; we were able to see only Tonga, a couple of females and two juveniles, who were close enough for identification (Tonga, Zora, Miyandza, Ntsege and Mpassi). There were more gorillas in the group, but they were moving behind the bushes and never came close to us. The group is getting shy and they start behaving more like wild gorillas. We had three encounters with them in one week.

We found Boumango south of Osseré. We could hear the females quite far away, we tried to call them but they never showed up. Probably with the new baby they want to avoid encounters with people. They spend most days in the same area.

Ima was seen alone with the Djalas for a couple of days. They seem to tolerate each other, Ima usually waits in the back for the Djalas to finish their food and then he comes to eat the leftovers.

The Djalas are doing fine, always in the same area, there were no changes in their behaviour and their body score remains ideal.

Rapha’s group cohesion is improving day by day. All three are in good condition. Dikélé is growing fast and she seems to get along well with Mbwambe. Mbwambe is still a little bit intimidated by Rapha but she approaches him during the feeding. When they move around the island, the females always follow Rapha’s lead.

Some of the photos were taken by Pauline (the vet of Bakoumba)." 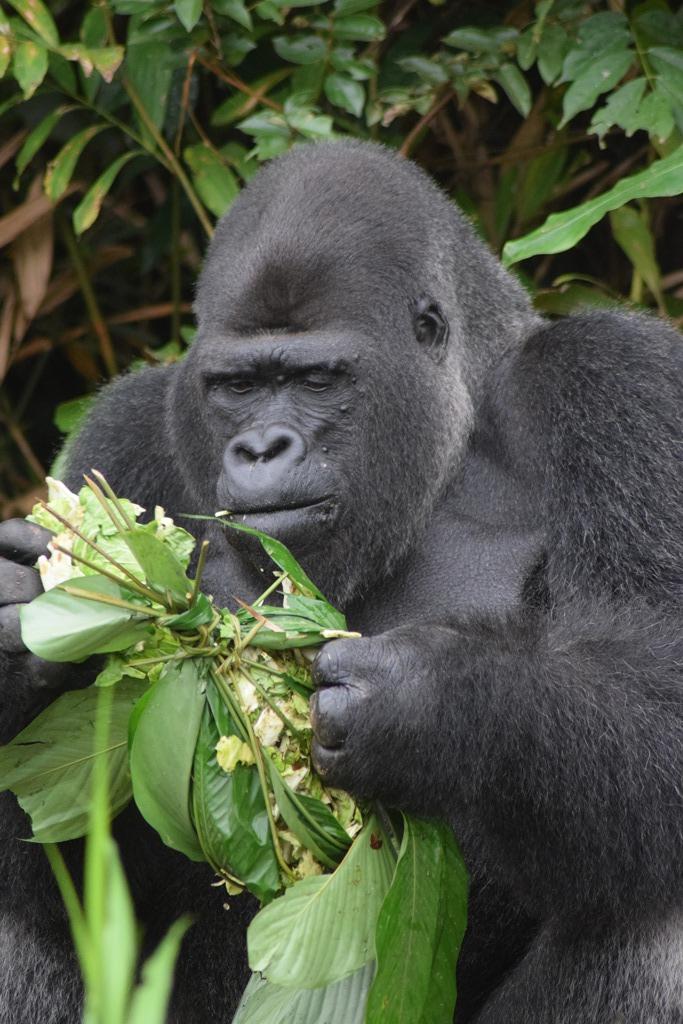