Djongo is maturing into a fine young silverback and towards the end of 2019 experienced his first encounters with a young female, twelve year old Mayombe. She has been adjusting to a life in the wild on one of our habituation islands since June, having been repatriated from ZooParc de Beauval, France. Her transfer was the first of an exciting new collaborative venture with EAZA (European Association of Zoos and Aquaria) to enable suitable western lowland gorillas from zoos around Europe to be selected for reintroduction at our Gorilla Protection Project. Since Djongo was given access to the island the pair have been seen together frequently and his presence has had a positive effect on Mayombe. She is more relaxed, gaining confidence, and clearly much happier. 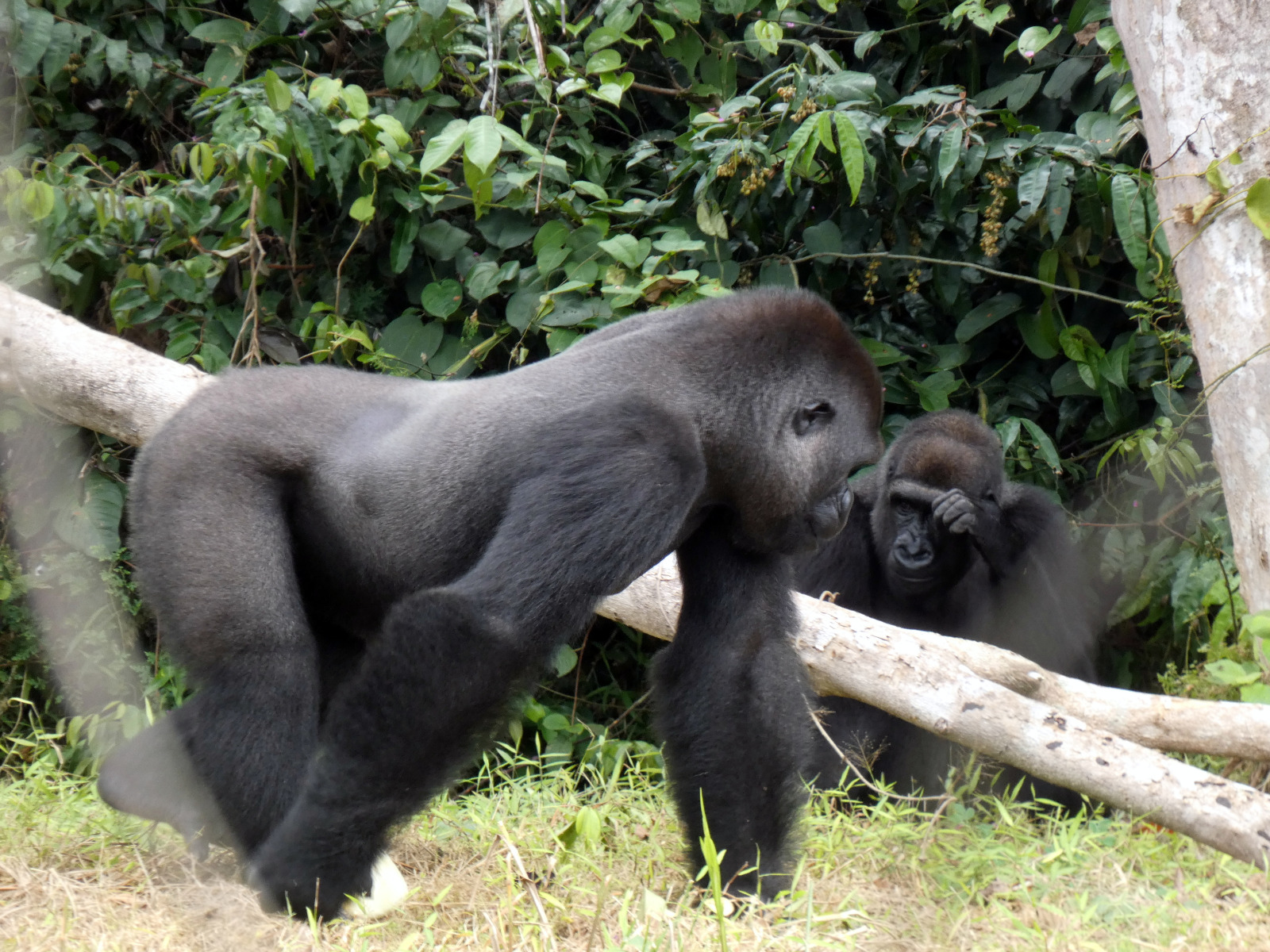 Meanwhile Djala, who would normally spend his days with his son, continues to enjoy his freedom in the main area of the reserve. At 37 he is considered elderly and his age has slowed him down a little. Our team in Gabon continue to keep a close eye on him and provide supplemental feeding, although he forages for a large part of his diet. As those of you who have followed his story will know, Djala was born in the wild and orphaned as a baby. He only came to the UK when he had outgrown the care that could be offered him by the lady who had rescued him as a youngster. To give him the chance to live out the later years of his life in freedom is very special to all those who have cared for him and we are delighted at how well he has adjusted to life back in the wild. He appears very content and in fact having some time apart from Djongo for a while doesn’t appear to bother him at all. 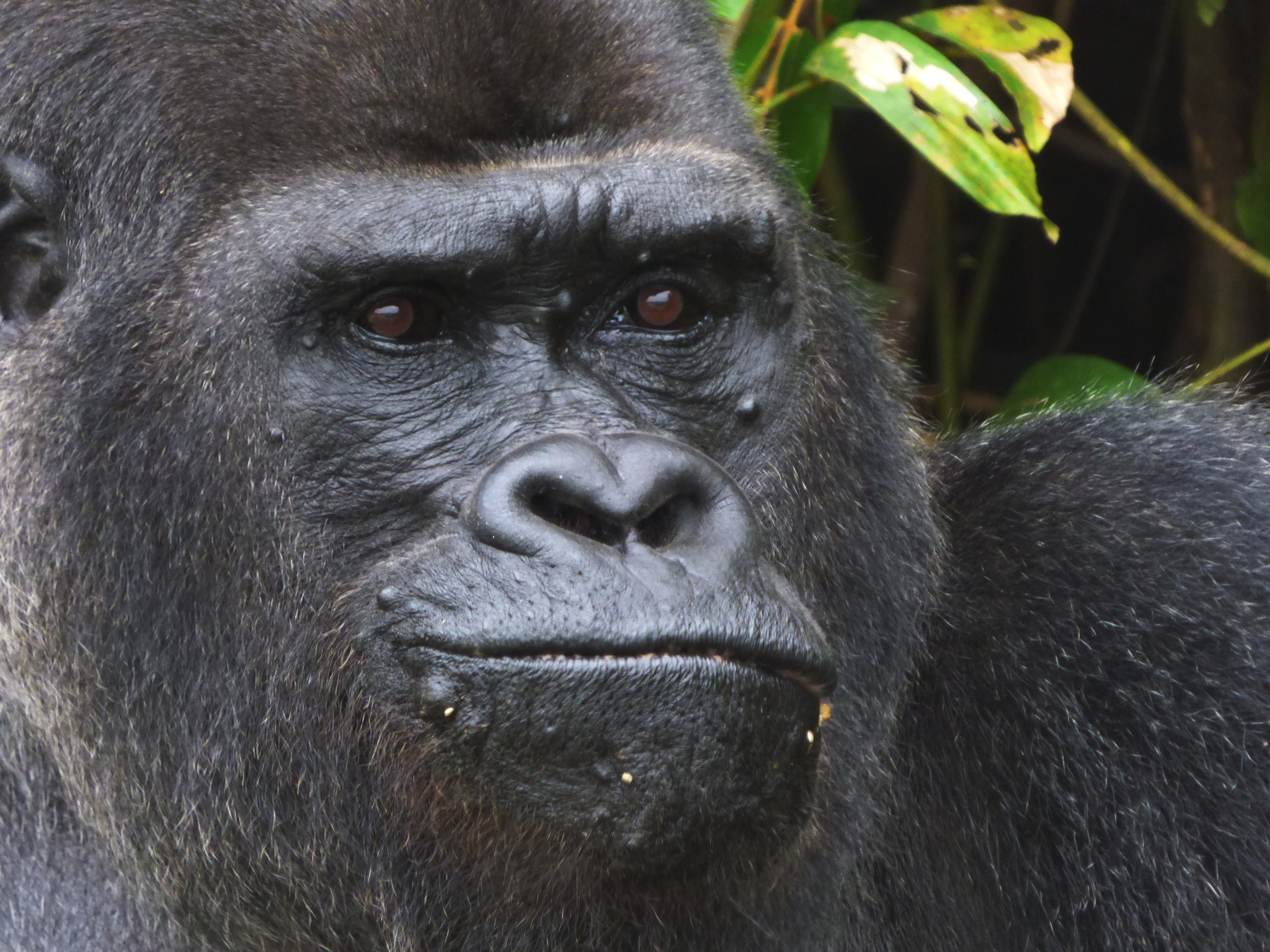