For 11 years TAF Indonesia has been fighting to save primates that have been sold as pets on the Indonesian island of Java. As always with The Aspinall Foundation our aim is to return them Back to The Wild. So far we have confiscated almost 200 langurs and gibbons and successfully reintroduced 135 including over 30 from the parks in the UK.

By Made Wedana, Director, The Aspinall Foundation Java Primate Programme 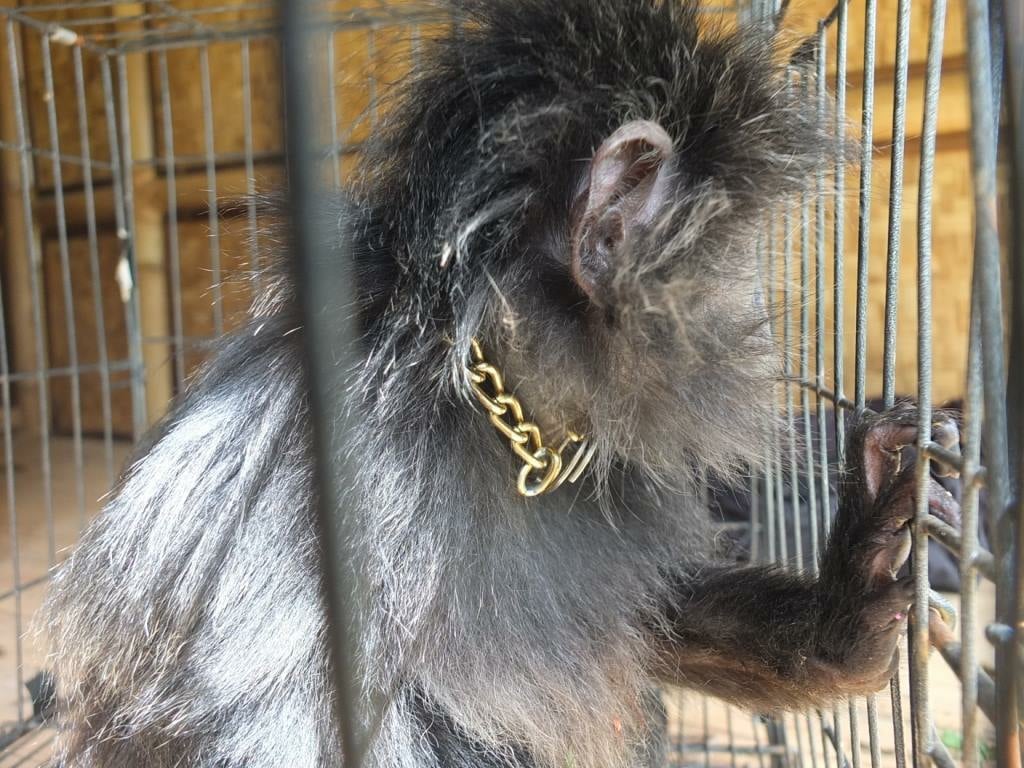 The Aspinall Foundation’s pioneering Java Primate Rehabilitation Centres, (JPRC in West and JLRC in East Java) received their first primates confiscated from the illegal pet trade in 2011. Since then we have rescued nearly 200 primates from three species (Javan gibbons, Javan langurs, and grizzled langurs).

These young primates are snatched from their parents and transported in horrendous conditions to be sold at crowded markets. Terrified and confused they are sold to people who keep them as pets, normally in tiny enclosures. A fair number die at this stage and those that don't will live out their lives in these tiny cages or tethered to trees. Their diet is also frequently inadequate and many die due to malnutrition

The psychological damage can be extensive, primates kept in this way exhibit stereotypical behaviour such as pacing, hair pulling, and biting. Often afraid of their own kind they need long term rehabilitation and care to integrate them into a social group, and they have to learn to live a life suitable for the wild. This process requires long term commitment.

The team at TAF Indonesia are highly experienced and provide 24 hour foster care. Young Ojan, for example, a baby Javan langur, was 3 months old when confiscated and still totally dependent on his mother. 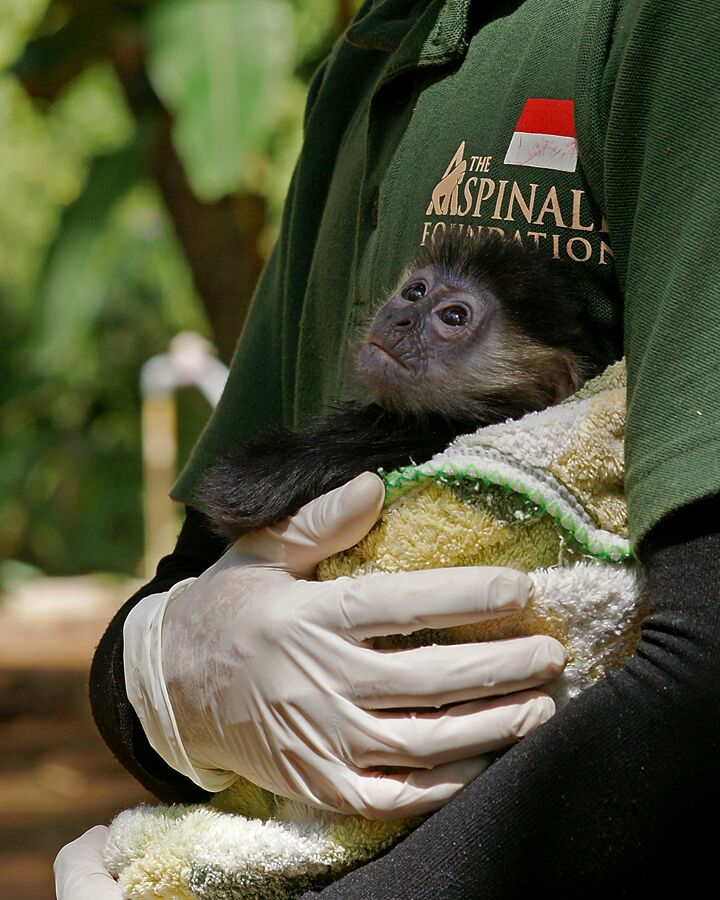 As with all baby langurs, keepers had to bottle feed him every 2 hours, day & night. Langurs as young as Ojan are particularly challenging as they are so fragile and sensitive to extreme temperatures so when babies are present the quarantine area has to be maintained at a constant 25 degrees.

9 months later and Ojan is doing well and is old enough to share a cage with a female confiscated orphan named Melkis. As with others that have come into our care, he will one day move on to the habituation and pre-release phases and then a successful return Back to the Wild. 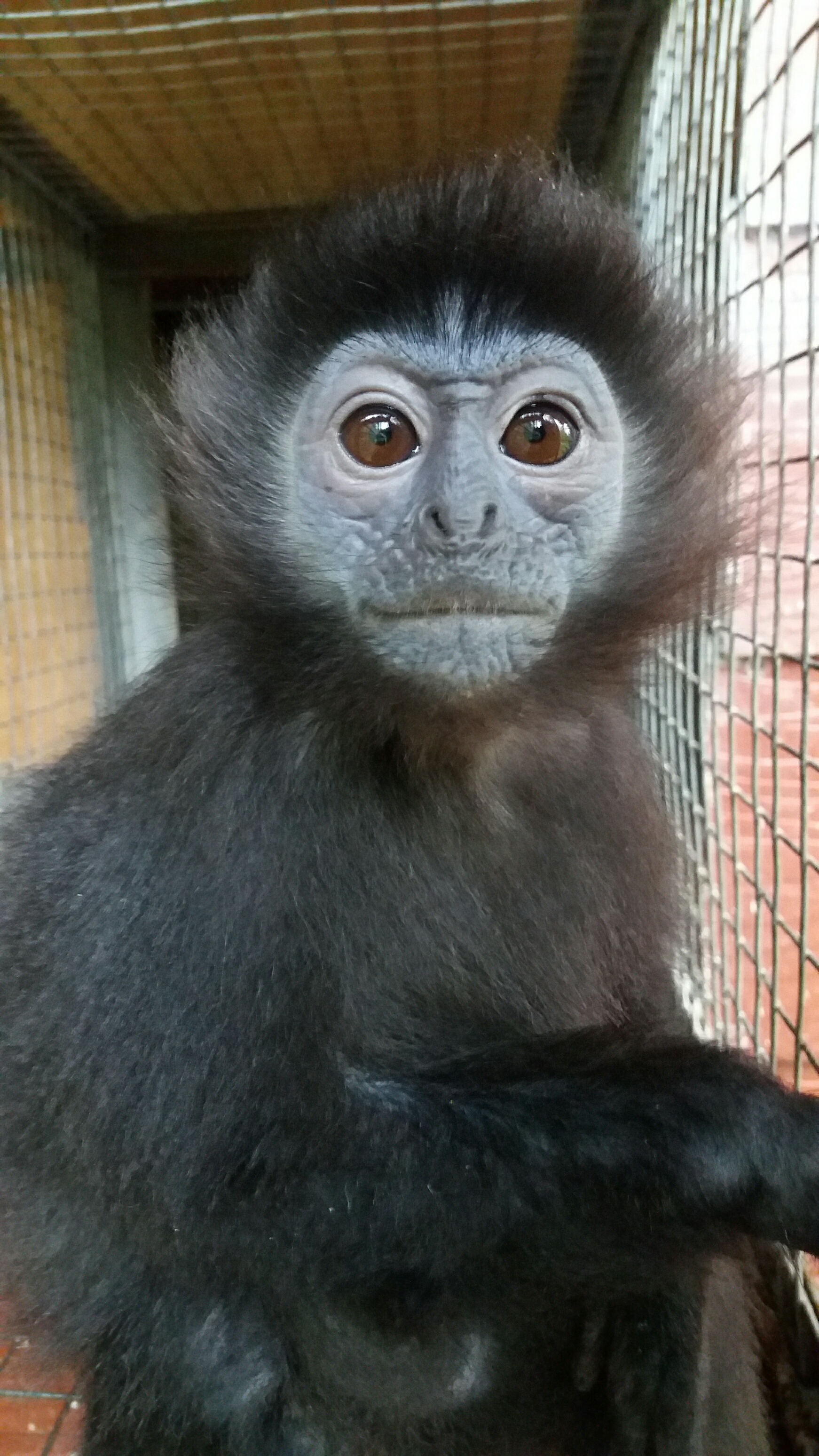 The Aspinall Foundation has also repatriated over 40 captive-bred primates from the UK, of which over 30 have gone on to be reintroduced. We were the first organisation to do this in Indonesia and the only one who have continued on such a scale. This year we shall return 5 Javan gibbons and 6 Javan langurs, all of whom will one day join the other primates in the forests where they belong.

Topics: Wildlife, Conservation, Java, Gibbon, back to the wild, primate