Did you know that Howletts Wild Animal Park is home to 15 different species of carnivore?  Our expert keepers look after a diverse range of carnivore species including the fierce honey badger, enigmatic European wolves, elusive small cats and iconic big cats.

Head Carnivore keeper, Clare introduces some of her favourites: 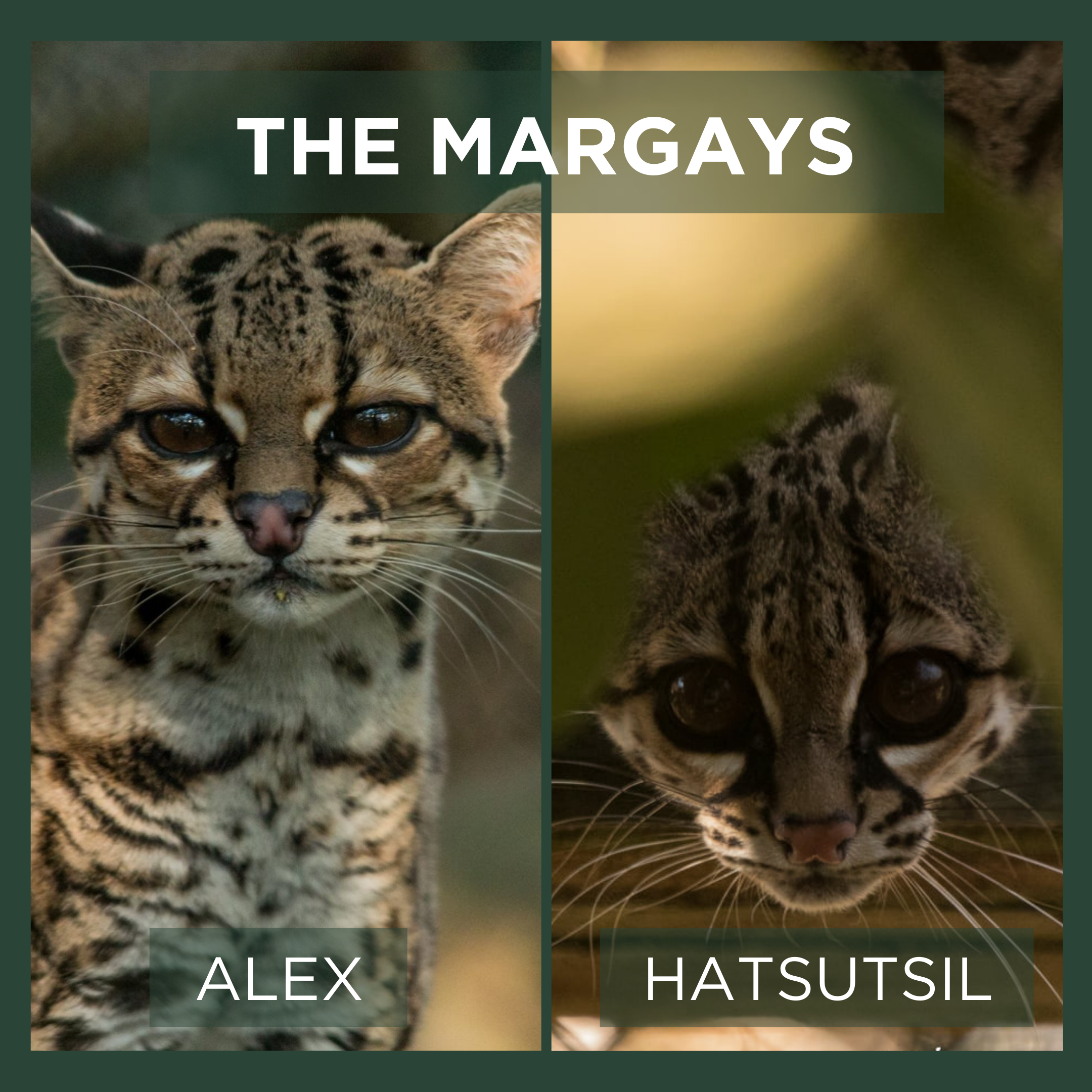 We have a breeding pair of Margay. The male is called Alex and is 13yrs old. He has been at the park since 2017 and can be identified from his much paler coat colouration and rounder face. He is very confident; comes out when keepers call him and is a huge fan of food with his favourite being chicks. He is very active and likes to work for his food. You may notice metal clips tied up around the Margay enclosure and these are used to hang feeds from and encourage their naturally arboreal behaviours.

Alex was joined by 9yr old female Hatsutsil in February 2020 in the hopes of us having breeding success with margay here at Howletts. Initially very cautious of both keepers and Alex, she has really settled down now and often waits outside the keeper safety porch for her breakfast each morning. She is much darker coloured than Alex with much larger eyes and a slender build. She is not as confident as him so we do have to make sure she gets her fair share at feeding times. She is a lady of leisure and likes to spend the hottest part of the day in her nestbox.

Our pack of dhole is now made up of 12 females, after all of the park's males were transferred to Wales back in 2019.

They are a fantastic species and our group is made up of some very strong personalities. Some of these are easily identified whilst others are a little harder to identify. The group is led by female ‘Boss’, who is much easier identified in the winter as she has very, fluffy ear tufts and can be seen patrolling with her tail raised up high in the air.

The lower ranking individuals tend to band together in the area nearest to the entrance. This small group is made up of ‘Tip’ who is easily picked out by her slightly bent, right ear tip and paler coat, ‘Jian Dai’ who is our oldest dhole at 11yrs old, ‘Jen’ who is very slender and appears to be squinting at all times, ‘Ai’lun’ the model of the group and finally ‘Bao’ who has a scar under her right eye.

The dhole here do not get fed everyday, to replicate the fact that they would not always be successful with catching prey in the wild. Instead they are intermittently fed throughout the week with no fixed pattern. This can be a mixture of a large food item such as a leg or pelvis, a whole carcass or individual food pieces for each animal. 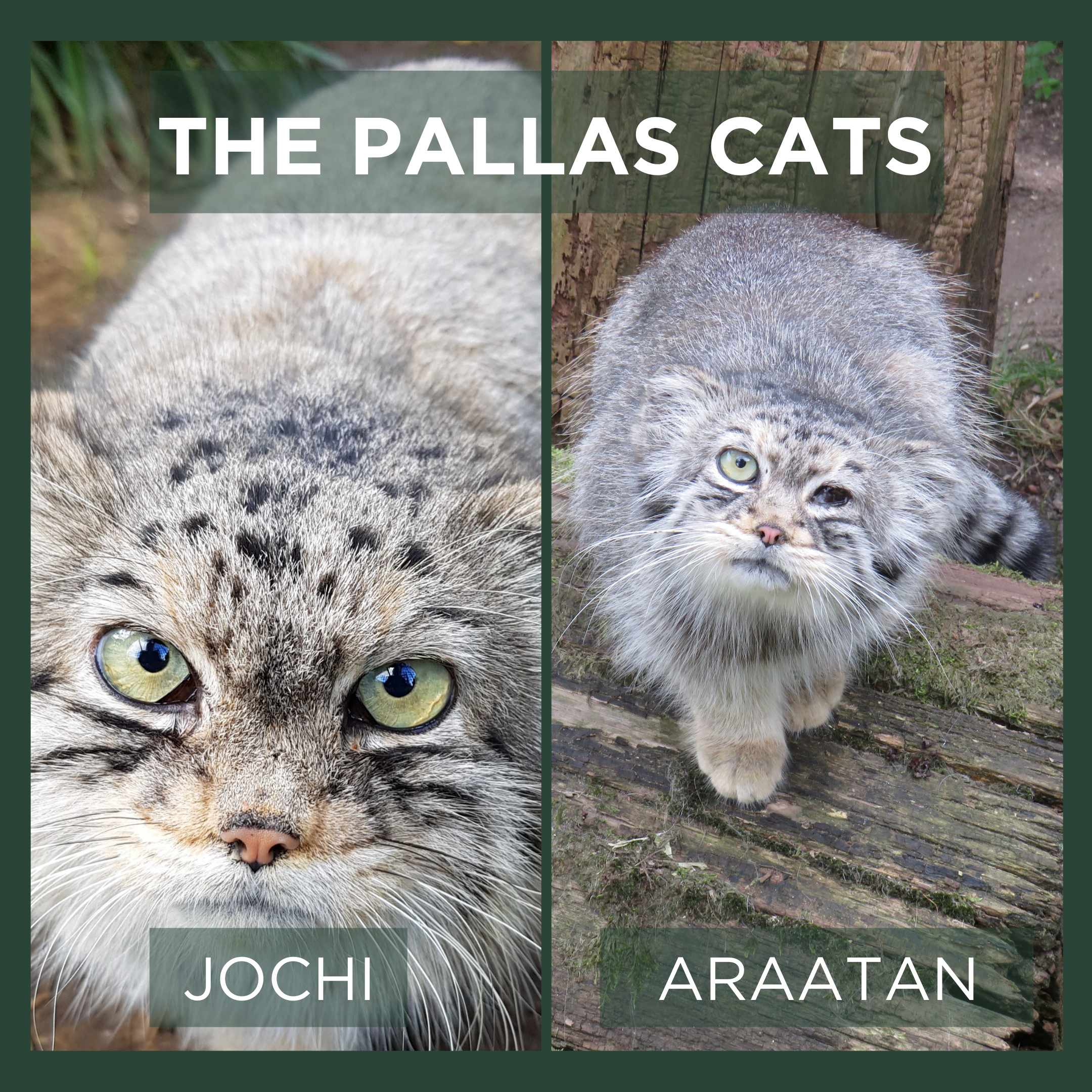 We are home to 2 Pallas’ cats; 5yr old brothers Jochi and Araatan who were both born here at the park.

Very hard to spot but worth the wait when you do, these two are some of the smallest cats on the carnivore section but definitely make up for it in character. Jochi is the confident one of the two and loves his food with rats being the preferred choice. As rodents would make up the vast majority of their wild diet, this is quite fitting. He is very vocal and often barges into the safety porch with keepers as they are coming in to feed him. If you are too slow, he may just climb you to get to his breakfast that bit quicker.

Araatan is very quiet, calm and a polar opposite to his brother. He is very easy to pick out, as he contracted the feline herpes virus very early in life and as a result of this has intensive scarring over his left eye. He is so chilled out that he received his annual vaccine this year whilst laying in a tree and didn’t even flinch.

Naturally elusive, they are best viewed later on in the day and you can usually find Jochi sitting on his swing at the front of the enclosure, waiting for one of the carnivore vehicles to drive by.

Melindi was born here at Howletts 17yrs ago and is showing no sign of slowing down anytime soon. Over the last year she has moved enclosures to make way for our young serval breeding pair and is loving a change of scenery and the fact she now gets much more attention from her keepers. After a brief spell in our old honey badger enclosure, she has moved to an off-show area at the top of the park.

She is very shy and tends to keep hidden away from the public yet as soon as she sees or hears one of her keepers, is very vocal indeed. She is very strong willed and does everything on her own terms. A recent favourite is stealing her keepers’ keys by pulling the lanyard out of their pocket, hiding in the bin when her enclosure is being cleaned out and playing tug of war with our cleaning bags as we try to leave.

Yet when it comes to other serval, she is not a fan at all. When we attempted to mix her with resident male Tenikwa she was most unimpressed and took up residence in the bamboo, not even coming out for food and telling off Tenikwa if he approached ‘her’ keepers. After some recent health complications, she has had a full hysterectomy, recovered well and will spend her well-earned retirement off-show, getting pampered like the Princess she is. 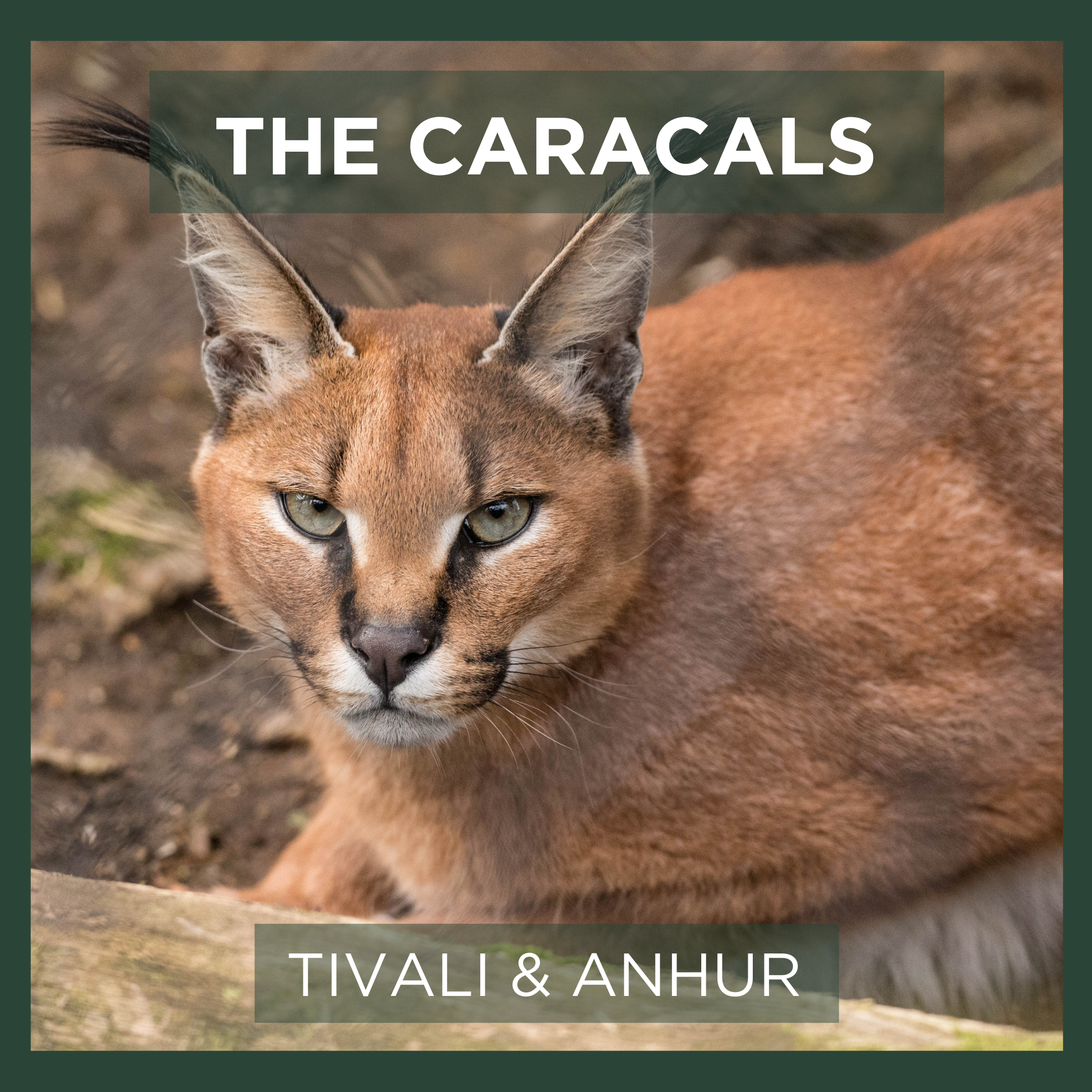 In January this year, we welcomed a new species to the carnivore section; siblings Anhur and Tivali, our young caracal. Since arriving, they have reached breeding age so are now living separately. Female Tivali is due to receive some male company in the next few weeks with the hope of caracal kittens at some time this year. They are beautiful cats that are very quiet, calm and sneaky; both having stolen dustpan and brushes from keepers in their short time here!

They are both living in the ‘Woodland’ area of the park, where the dense cover is much more suited to them, so you will have to look very closely to see the pair. Tivali is the more timid of the two but loves playing with her food if it is tied up. Anhur however prefers to play ‘chase’ and enjoys sprinting the length of his enclosure when food is thrown. He is more interested in chasing than actually eating!

Will you spot all of our characterful carnivores when you visit Howletts Wild Animal Park this summer?  Don't forget that many of our cats like to climb, so remember to look up!