Our Special Project in Lésio-Louna Reserve Comes to an End

We wish to begin this article by extending our sincere thanks to IUCN Save Our Species for their invaluable support, through the African Wildlife Initiative, of a two-year project in Lésio-Louna Reserve in the Republic of Congo. The African Wildlife initiative is a partnership between the European Union and IUCN that responds to conservation challenges facing key threatened species in sub-Saharan Africa. It delivers tangible results for species, habitats and people. Our project was established to accomplish a number of objectives and we would like to share with you some of the results our team in Congo have achieved. 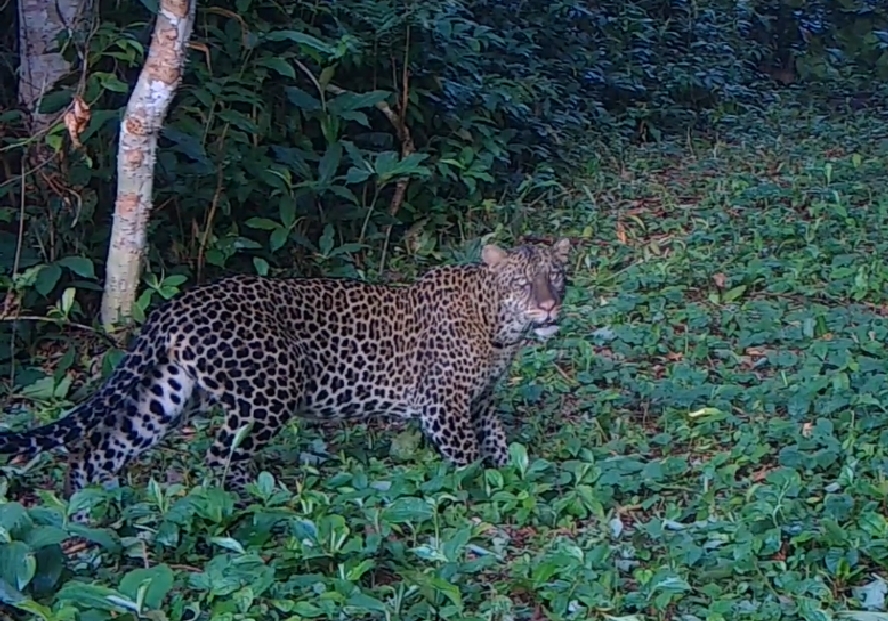 One of the main objectives was to establish the presence of both lions and leopards in the reserve. Since Lésio-Louna was created we have been aware that many of the people living in the surrounding area had stories to tell of encounters with both species, and our own eco-guards had found trace evidence and heard vocalisations attributed to leopards and lions.

Our project began in 2020 with surveys in the surrounding villages to document some of the stories and to gain knowledge from local residents that would help us with the second phase – the placement of twenty new camera traps in targeted areas of the reserve.

Like all big cats, lions and leopards are elusive animals and the use of non-invasive cameras was an ideal way to keep ‘eyes’ in the field on a 24-hour basis. The camping equipment provided by the project enabled our eco-guards to travel further into the reserve, placing cameras in more remote areas, and monthly patrols to recover the data gave us the information we were looking for.

Whilst it is never easy to confirm a negative, we feel it is highly likely that the lions that certainly were once present, are no longer frequenting the reserve at the present time. However, we did achieve conclusive proof that leopards remain. The numbers are small, we had seven camera trap captures, but they span across the timeframe of the project which suggests that the sightings are of animals living in, or near to, the reserve. Leopards are more adaptable than lions in respect of dietary and habitat needs and this may be one of the reasons they continue to live in an area whereas lions may not.

Improving the protection of the reserve

The additional monthly patrols, together with the camping equipment, all funded through the project, also meant our team were able to more accurately assess the level of unauthorised activity occurring in the reserve. Surrounded by villages, and with the border of the Democratic Republic of Congo close by, the protected area is affected by illegal activities carried out by both local people and those from further away.
Unfortunately, the level of unauthorised activity is higher than we would wish. It includes hunting and fishing and the setting up of camps. In the south of the reserve in particular market gardening is also carried out which leads to land being destroyed for plantations.
The Ministry of Forest Economy is responsible for protecting the reserve against such activities but we support that process by collaborating in anti-poaching patrols. Offenders are evicted from the reserve, their camps are destroyed and items such as weapons, boats, snares and motorbikes are confiscated.

The prevention of unauthorised events is a complex issue but the increased communication of our patrol teams with offenders has not only disrupted current activities but also provides an opportunity to influence their future behaviour. This appears to be the case with a group of market gardeners who have now formally agreed to avoid the protected area.

The biodiversity of the reserve

The use of camera traps in a wider extent of the reserve has enabled us to learn more about the wildlife present and over the past two years we have collected evidence of thirty species. Some, like the chimpanzee recorded in September 2021, have been an exciting discovery of a species thought to be no longer present in the reserve. Others, like the 179 video captures of hippos are a welcome confirmation of our belief that over a decade of protection in the area has seen a natural, if slow, increase in some species. Another important fact has been establishing that there is a diversity of prey species with a variety of antelopes, forest buffalo and hogs all present. 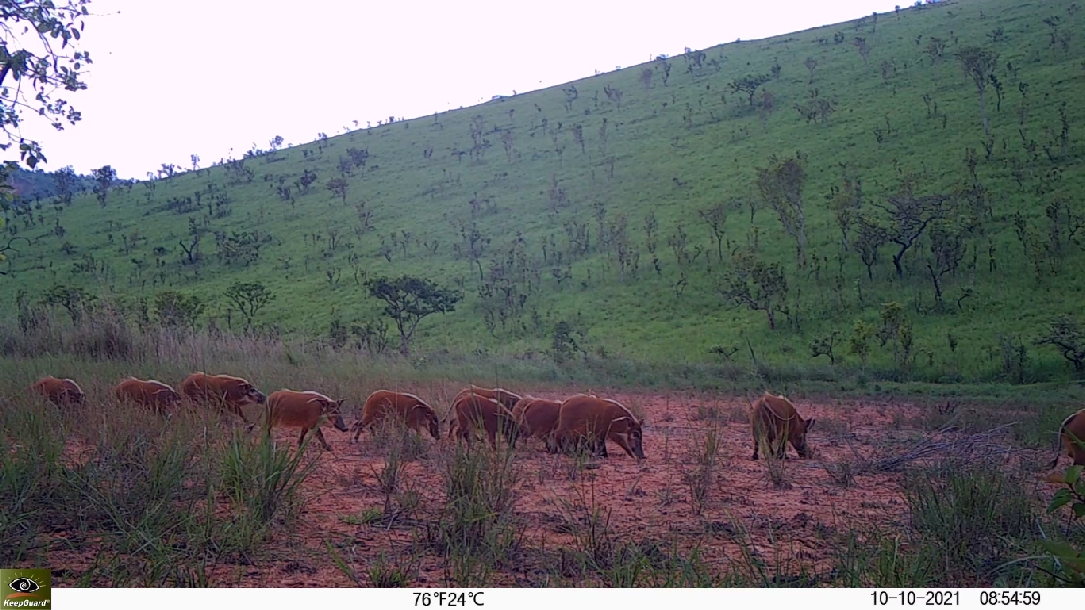 Given the proximity of villages to the Lésio-Louna Reserve raising awareness of conservation amongst local communities was an important aspect of the project. Unfortunately it was also the part of the project most severely impacted by the coronavirus pandemic. Our planned group awareness-raising sessions were postponed and for most of the project our teams could only conduct more localised discussions within individual communities.

It has only changed in the last few months with the relaxation of restrictions and the willingness of people to meet in larger groups renewed. Our team in Congo took prompt action and made arrangements for one of our largest ever group events. Not only were they able to enlist the help of a local NGO and the support of the church, but TV Congo were present to film the event for broadcast across the national television network. The day was a success with over 150 people attending to listen to a variety of speakers. 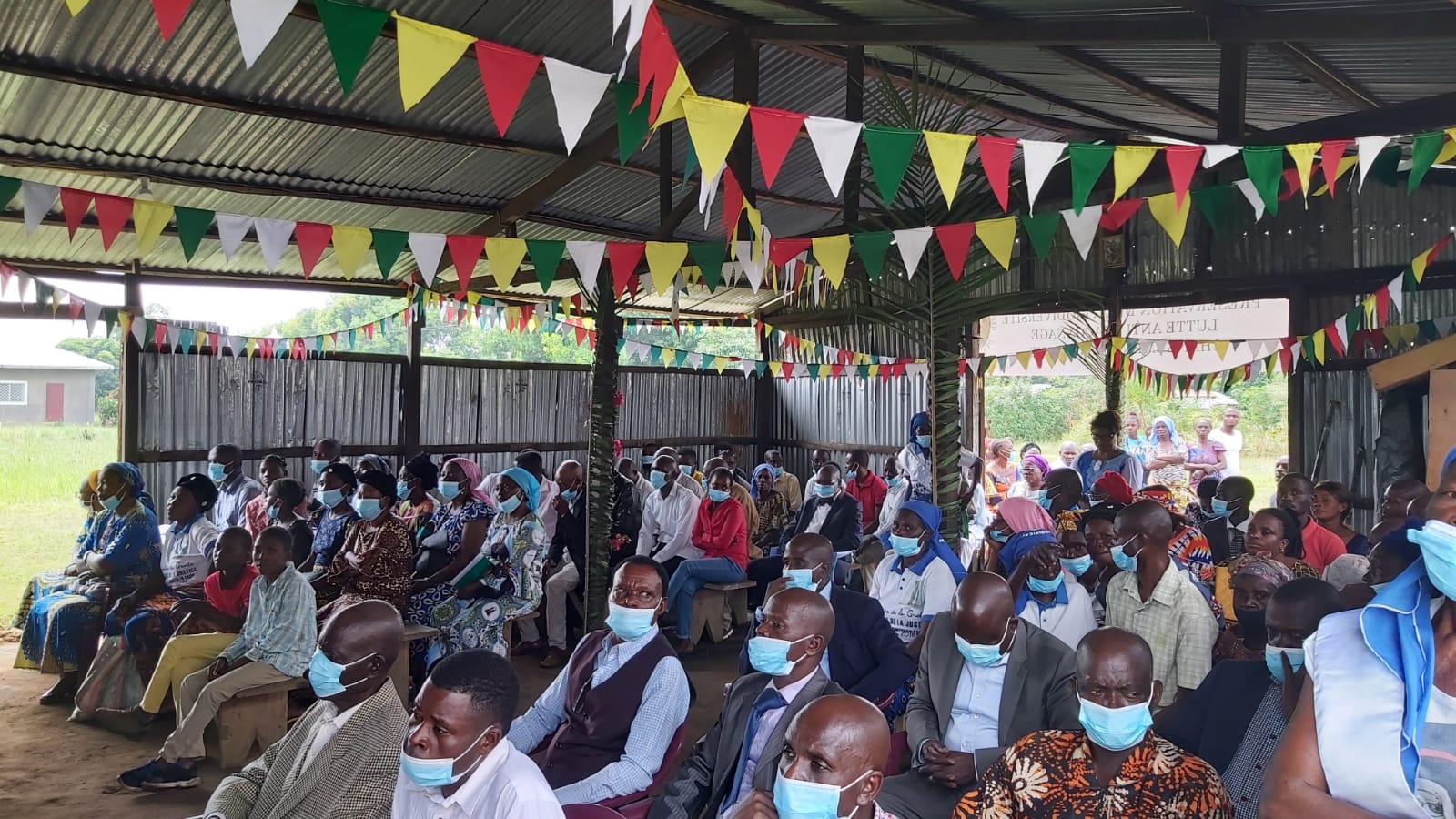 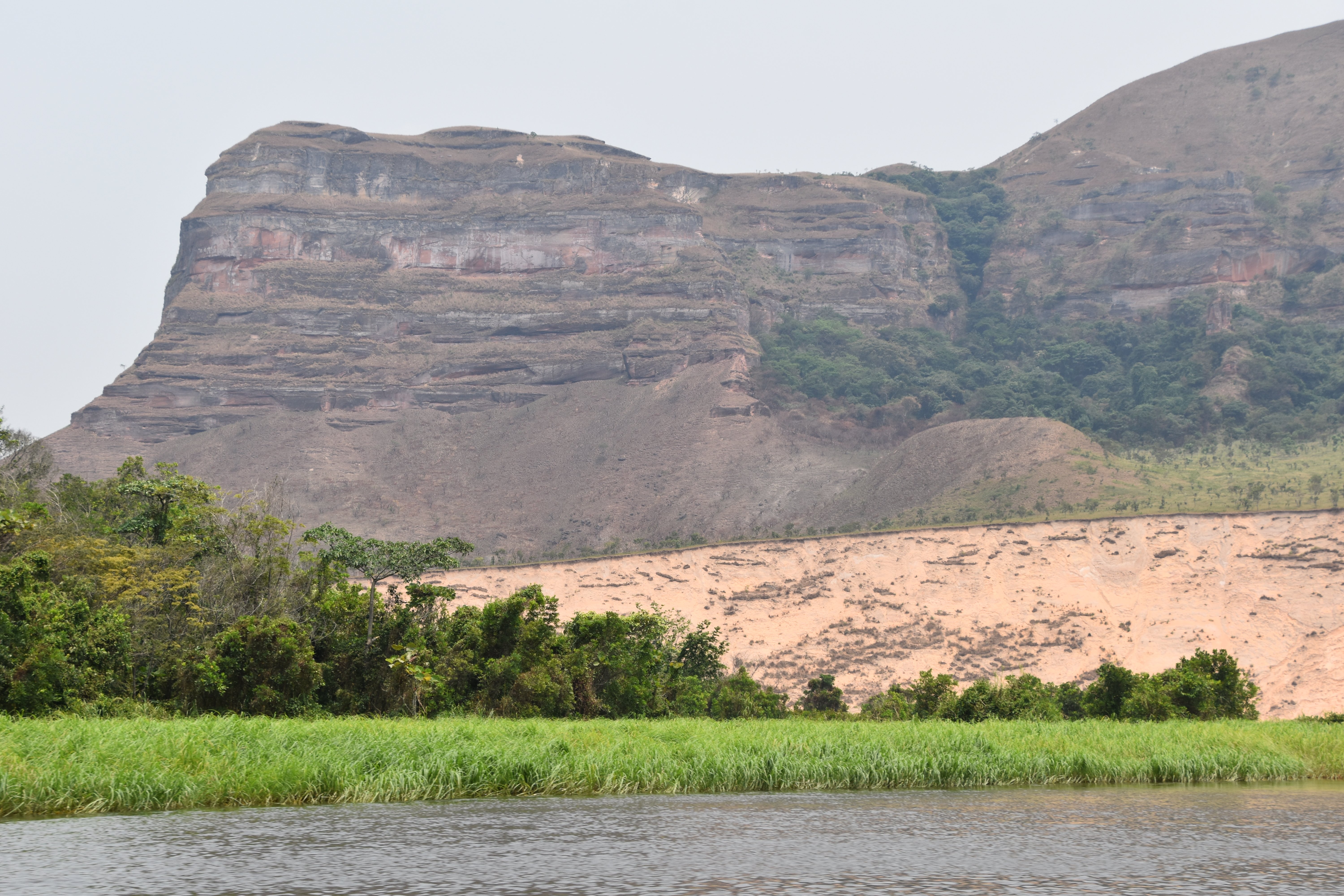 The Lésio-Louna Reserve © The Aspinall Foundation

As with any conservation project spanning two years, there have been difficulties along the way, made worse on occasion by the coronavirus pandemic. Yet overall we believe we have achieved what we set out to do. This has been an important project for us which has enabled our team in Congo to take direct action against unauthorised activities and has increased our knowledge of the species present in the reserve.

The project ended in May 2022 but it is not the end of the work that needs to be continued if we are to save the habitat and wildlife of Lésio-Louna, and increase its diversity such that one day lions may return. The results achieved will form part of our ongoing conservation strategy for the reserve, for the gorilla protection project that was the start of our work there, and for the wider eco-system and its co-existence with human populations, now and into the future.

Topics: The Aspinall Foundation, Congo, IUCN Save our Species, backtothewild