The stunningly beautiful clouded leopard (Neofelis nebulosa) is an elusive wild cat.  Seldom seen in the tropical rainforests of their native central and southeast Asia, their behaviour in the wild remains a bit of a mystery. 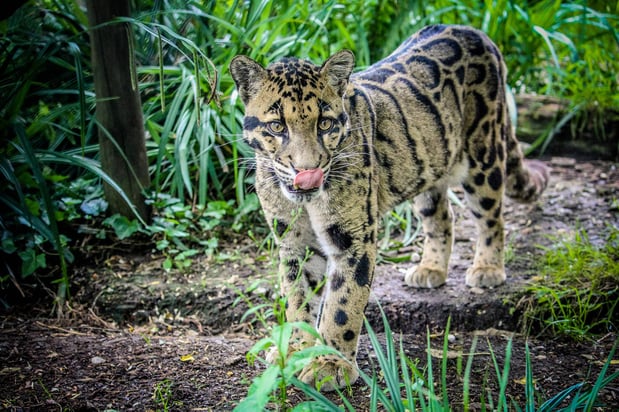 Howletts Wild Animal Park is home to 9 of these graceful cats.  Although not much is known about their wild counterparts, we can tell you all the reasons why we think the clouded leopard is so fascinating!

Perfectly adapted
Most cats are agile climbers, but clouded leopards are particularly well adapted for life amongst the trees of their rainforest home.  They have the longest tail to body ratio of any cat, helping them to balance when moving from branch to branch.  Their large paws, long claws and rotating ankle joints mean they are capable of hanging from their back feet, upside down from branches - they can even descend trees head first, much like a squirrel!

The cloud-like markings on their beautiful coats help to camouflage them in the dappled forest light and allow them to stalk and ambush their unsuspecting prey. 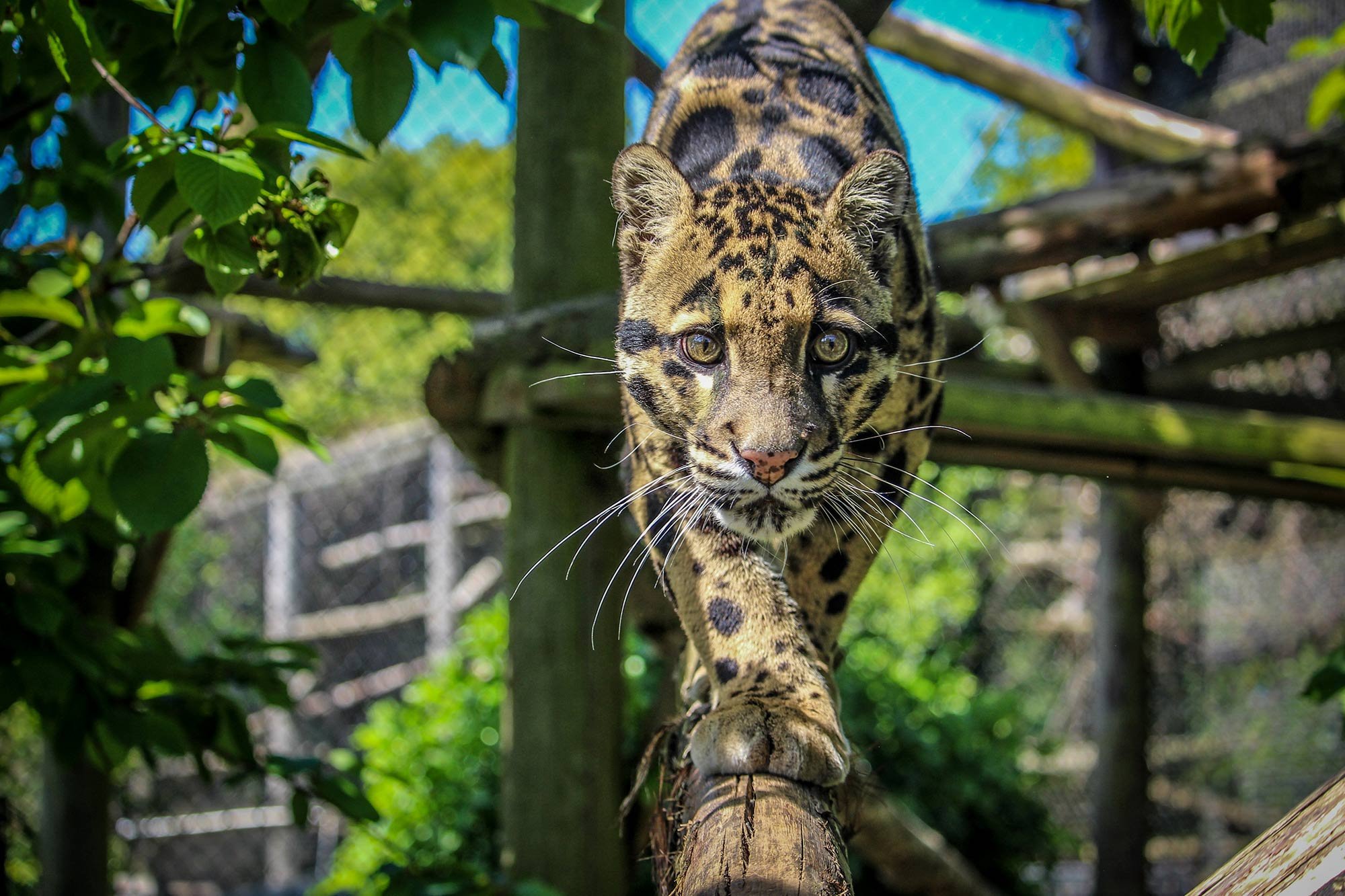 Impressive hunting skills
Despite being at home in the tree canopy where they will hunt primates, birds and slow lorises, it is believed they do most of their hunting on the ground for pangolins, porcupines, ground squirrels, and hog deer.   Perhaps their most impressive adaptation, is their enormous canine teeth that make them such efficient hunters - in fact, they have the largest upper canines, relative to their body size of any living cat species! 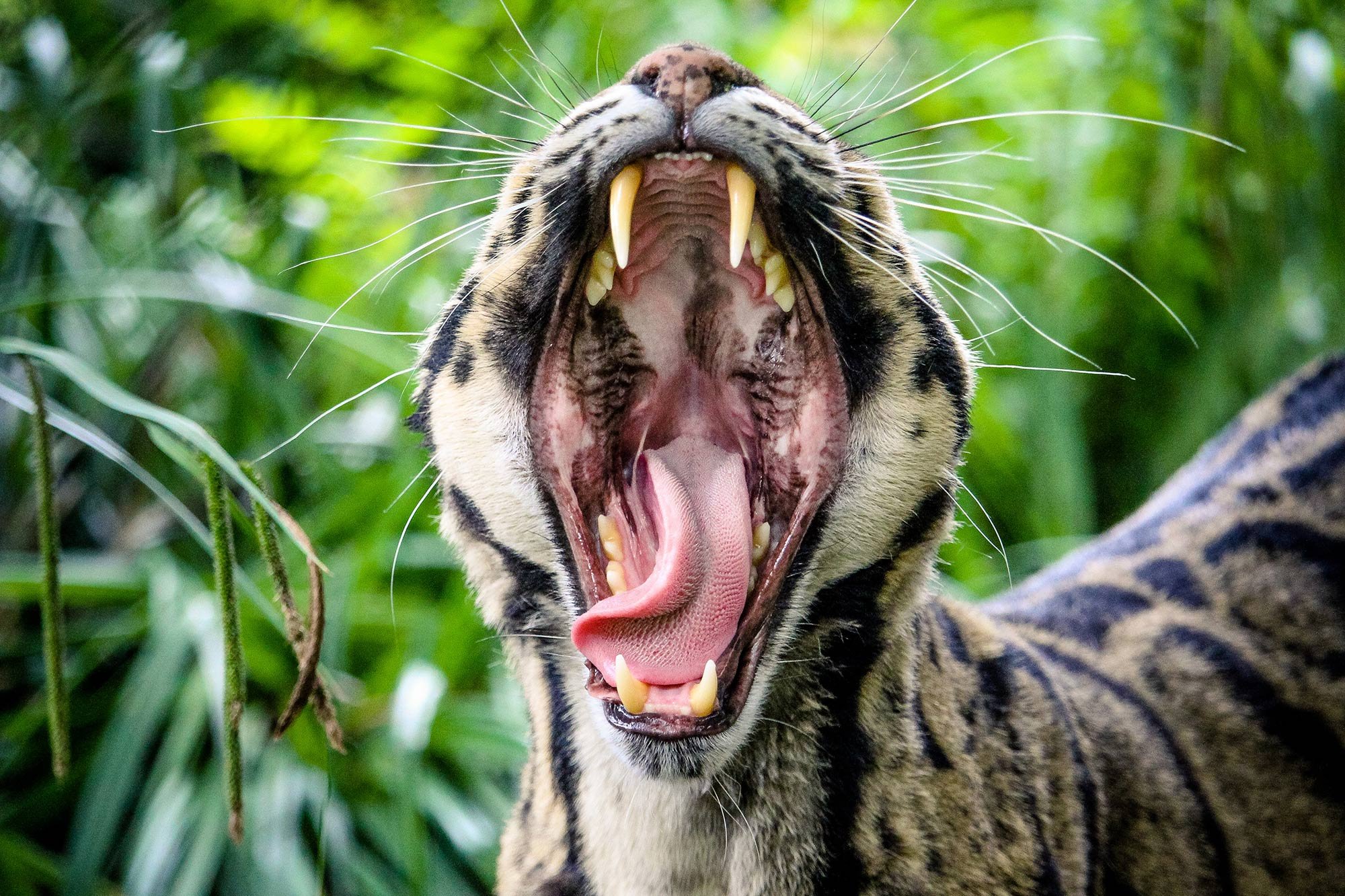 The impressive canine teeth of a Clouded leopard at Howletts Wild Animal Park in Kent, UK

Howletts Wild Animal Park holds the European studbook for clouded leopards.  This means we can look at the population of cats in European zoos as a whole and make recommendations on pairing for breeding, so that we can maintain a genetically viable and functioning breeding population. 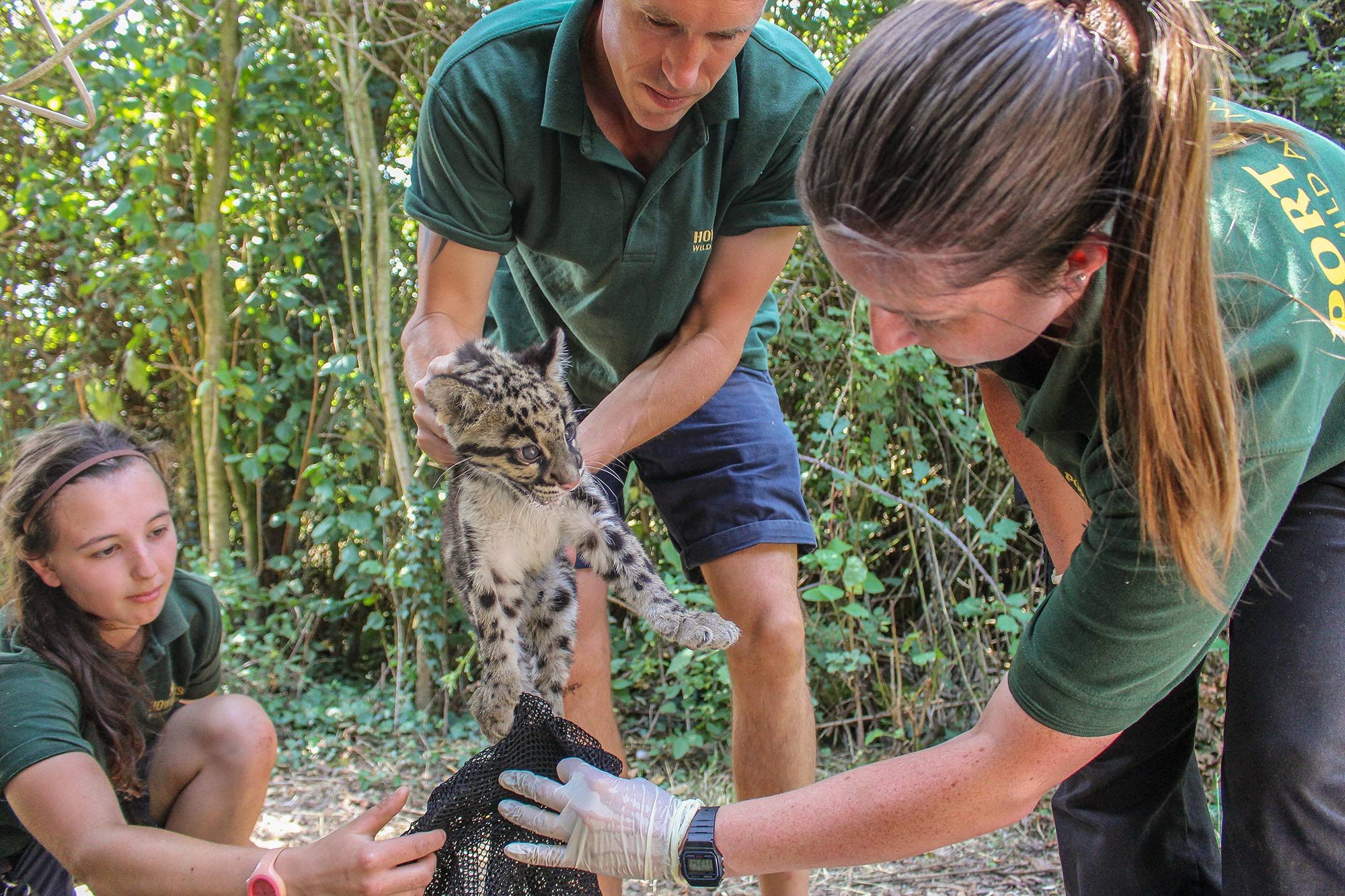 Clouded leopard cub is given vaccinations and a health check from the Howletts vet and keeper teams.

Dwindling population
Despite there being no accurate estimate of the wild population size of the  clouded leopard, due to their elusive habits, they are classified as Vulnerable by the IUCN and their population is believed to be in decline.  Clouded leopards face many threats in the wild from illegal hunting and trapping for their pelts, body parts for traditional 'medicine' and for the illegal pet trade, to deforestation from logging and agriculture, including vast palm oil plantations.

Make sure you're following our social media channels to join people around the globe celebrating in their own creative ways.  We'd love to see what you come up with so please share your crafts, bakes and other ideas with us!

You can also visit us at Howletts Wild Animal Park to see our 9 clouded leopards, including visitor favourite, Matsi.  Despite only having 3 legs following an incident as a youngster, she is perhaps the easiest of our cats to spot as she is always on the go! 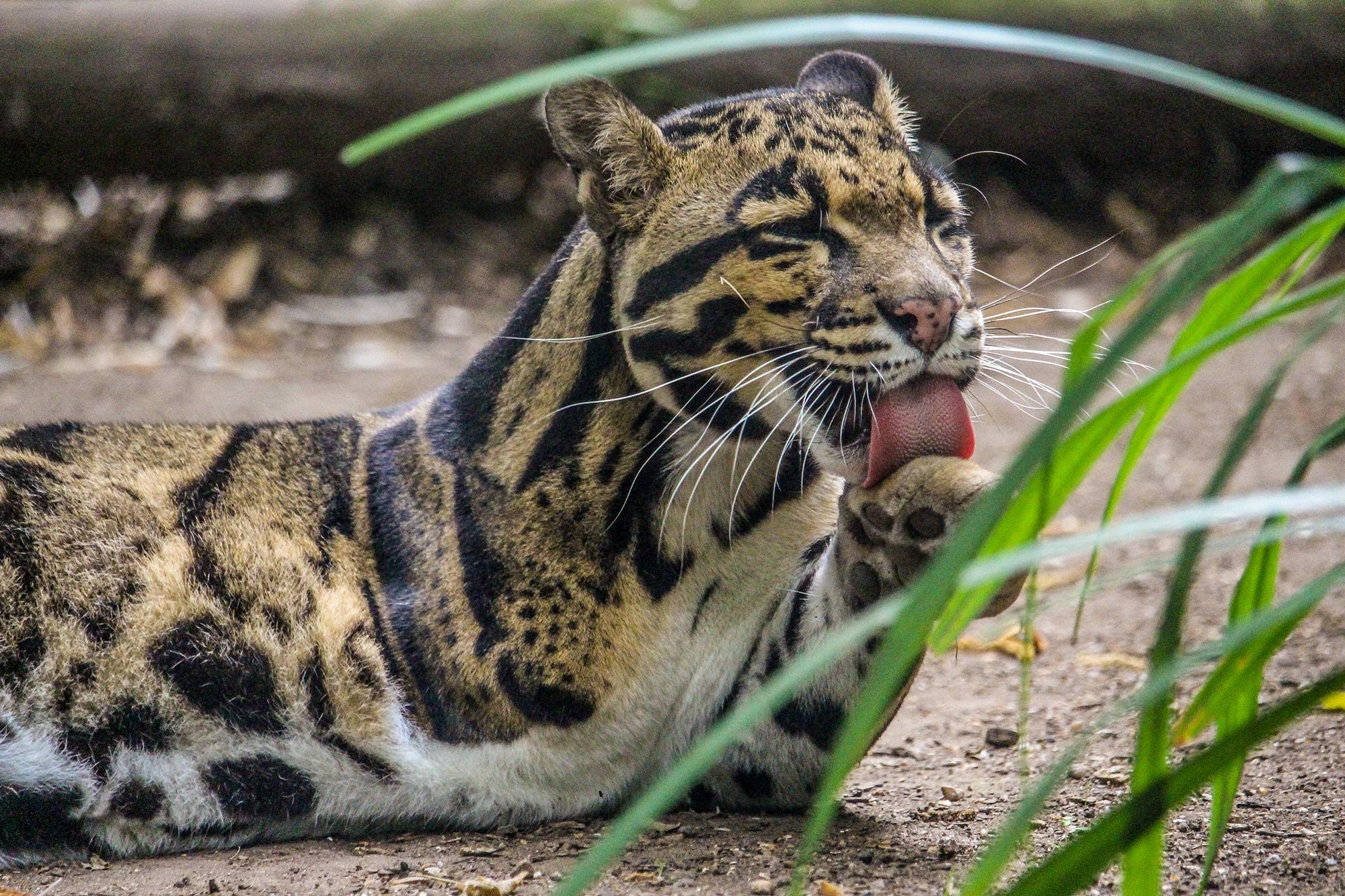