When you think of grazing animals you probably think of something with hooves and horns, but at Howletts Wild Animal Park you'll find a surprising exception; the gelada baboon. 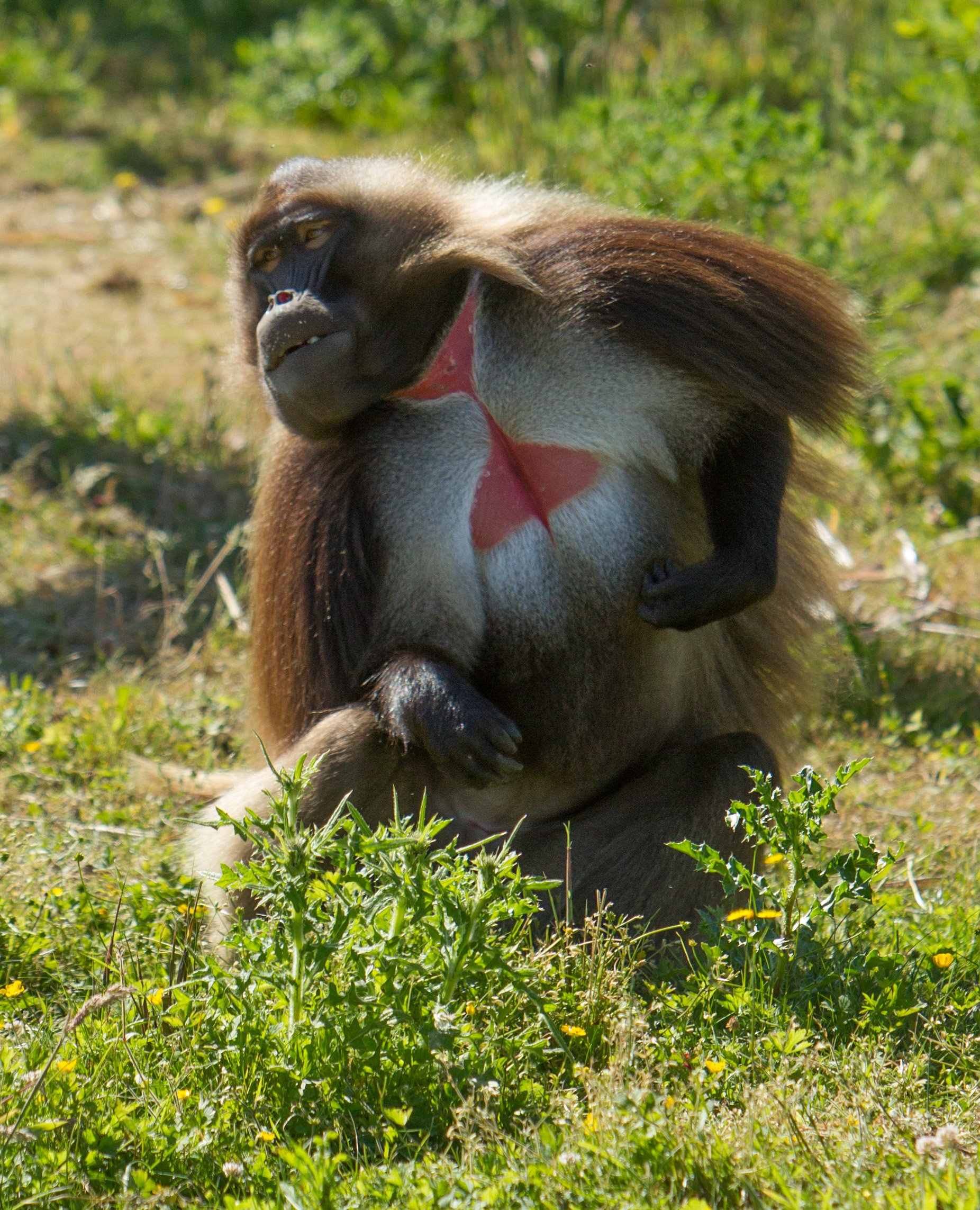 One of a kind

The last surviving species of grass eating primate can be found only in mountain meadows in the Ethiopian Highlands in large groups called herds.

The world's most terrestrial non-human primate

Spending most of their days sitting down and shuffling on their bottoms to pluck the luscious grass and herbs of their meadow habitat, has led to some unusual adaptations.

As well as short dexterous fingers, tough hands and a unique shuffle gait which allows them to graze efficiently, they have also developed bright red chests (earning them the nickname 'bleeding heart monkey') for displays as shuffling keeps the gelada's bottom hidden. 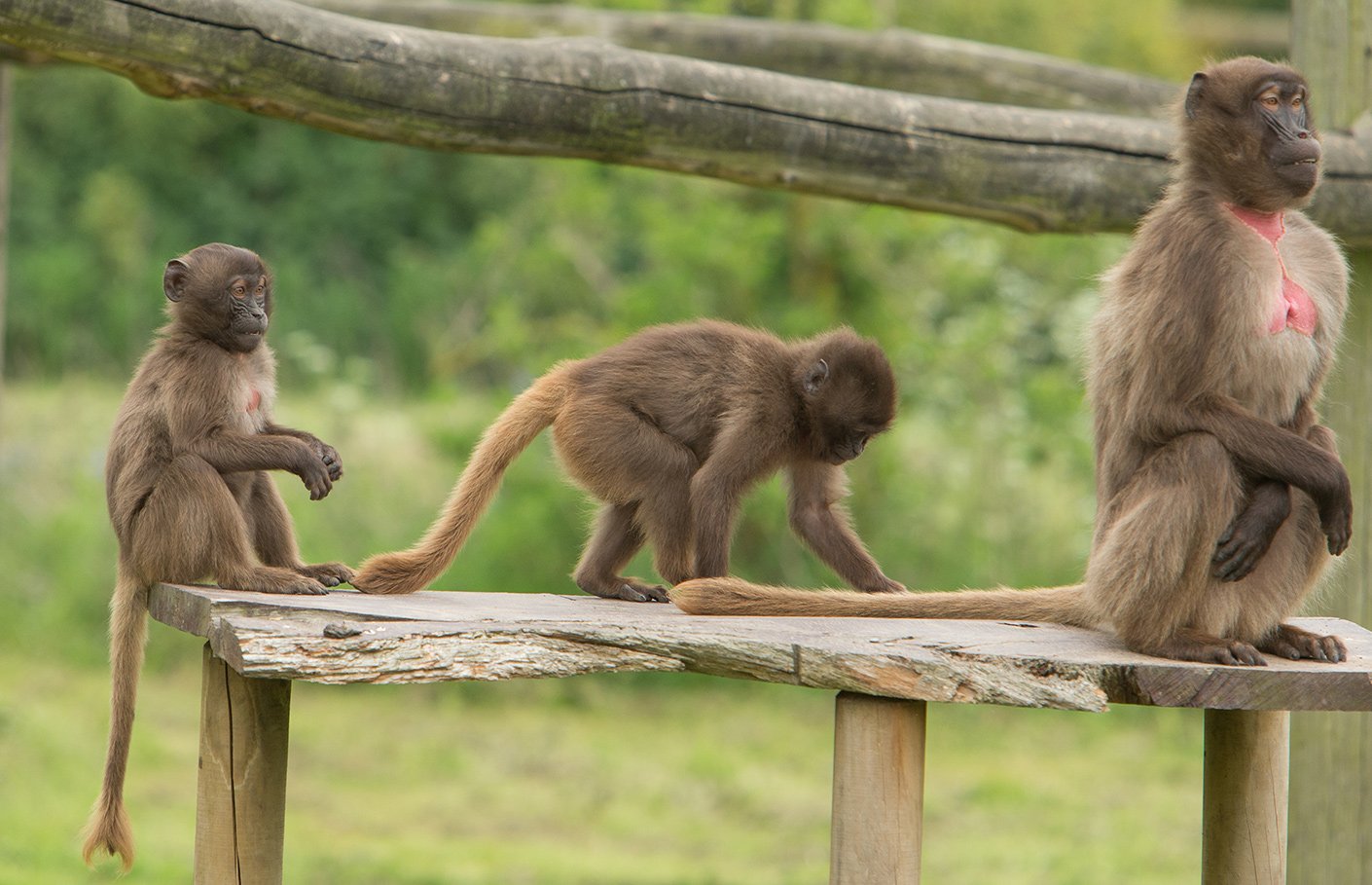 At night these unusual primates descend over the rocky cliffs of their mountain home and huddle together on ledges to avoid predators.

Getting the band back together

Family units join together to form 'bands' of up to 400 individuals that travel together during the day.  While grazing bands will sometimes come together in 'herds' of up to a staggering 1200!

These highly social animals communicate with an array of over 30 vocalisations.

The primary threat to geladas is habitat loss from the encroachment of agriculture and development.

Your support means more than ever.

It costs £1,500,000 a year just to feed our animals. Despite the park being closed for 90 days due to Covid-19, our team of dedicated keepers and vets still worked as hard as ever to ensure that the animals in our care were properly fed and looked after.

Find out how you can help