The Biodiversity of Lésio-Louna Reserve

We are now in the final few weeks of our two year project supported by IUCN Save Our Species. The main focus of the project has been to establish the presence of leopards, and the possibility of lions, within the reserve. However it has a much wider range of activities too, some of which are designed to increase our knowledge of the species present in Lésio-Louna. Our regular extended patrols, and the placement of multiple camera traps, have yielded valuable results. It will take time to analyse our findings fully but we would like to share a few of the highlights with you. 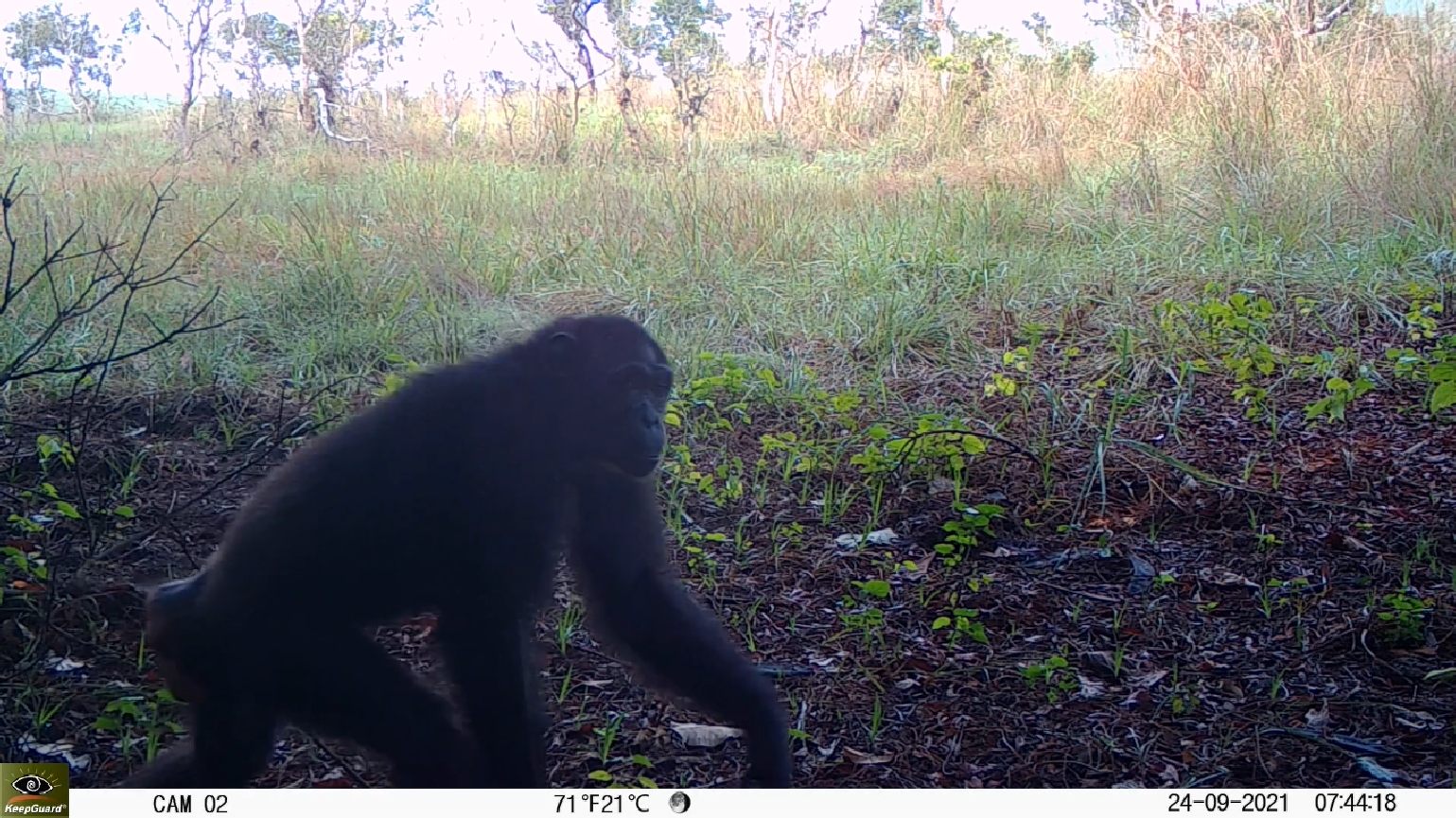 At the end of October 2021 we shared with you a camera trap video of a female chimpanzee. This was particularly exciting for us as it was thought the species was no longer present in the reserve as the last sighting had been years ago. Whilst it was a single video capture it gives hope, given their communal nature, that a group of this Endangered species may live near the reserve. 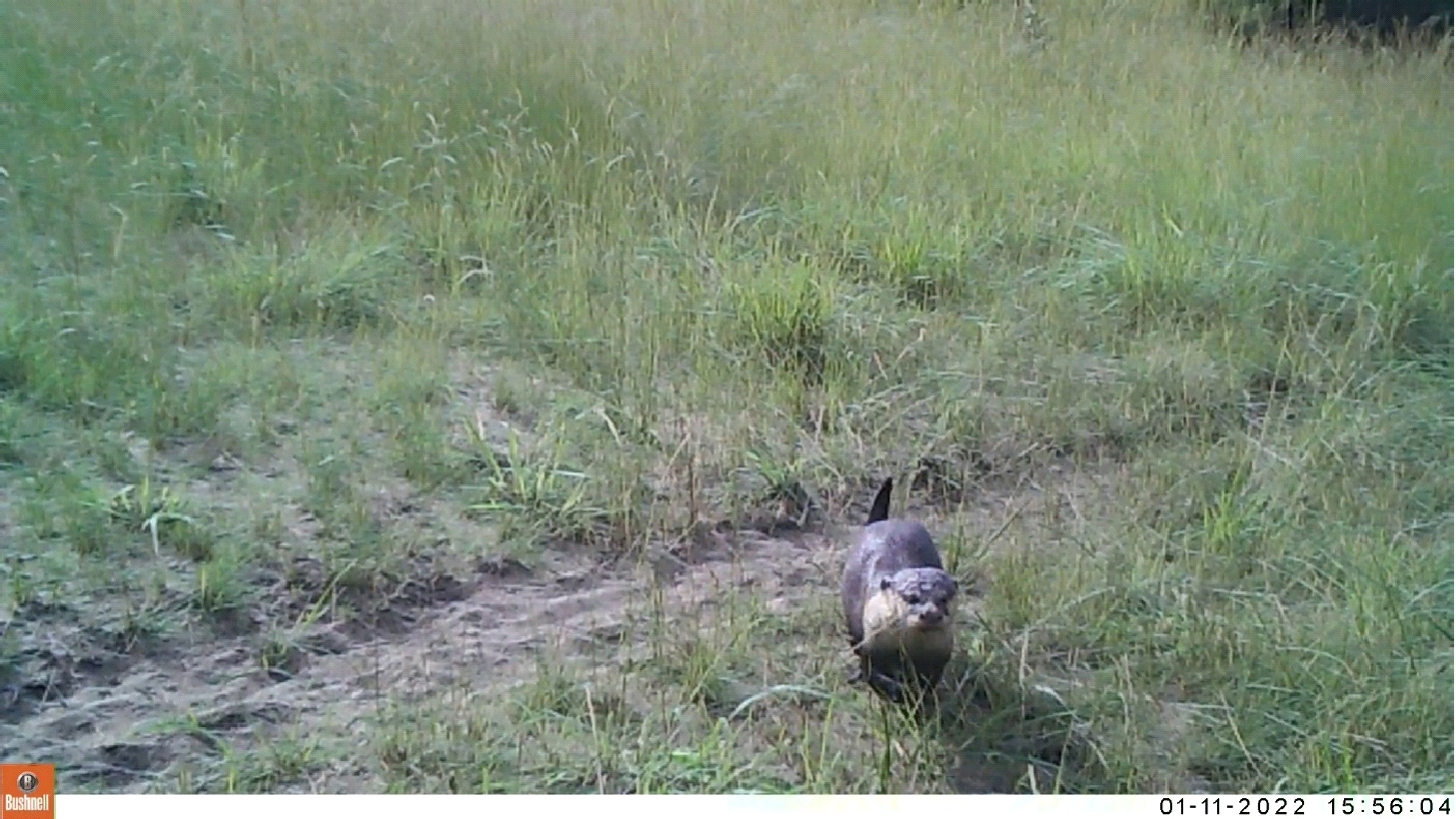 In January this year we have another unusual sighting. This time it is a white cheeked otter (Aonyx congicus), also known as the Congo clawless otter, captured here in broad daylight. This species is normally very difficult to observe, especially in the savannah, because it lives mainly in marshy environments or in waterways. Little is known about this otter, which is the least studied of the African species.

Some species we see regularly on camera, and they are often observed directly by the patrol teams. These include various species of duiker, sitatunga, forest buffalo, and red river hogs, all of which are prey species for large carnivores. 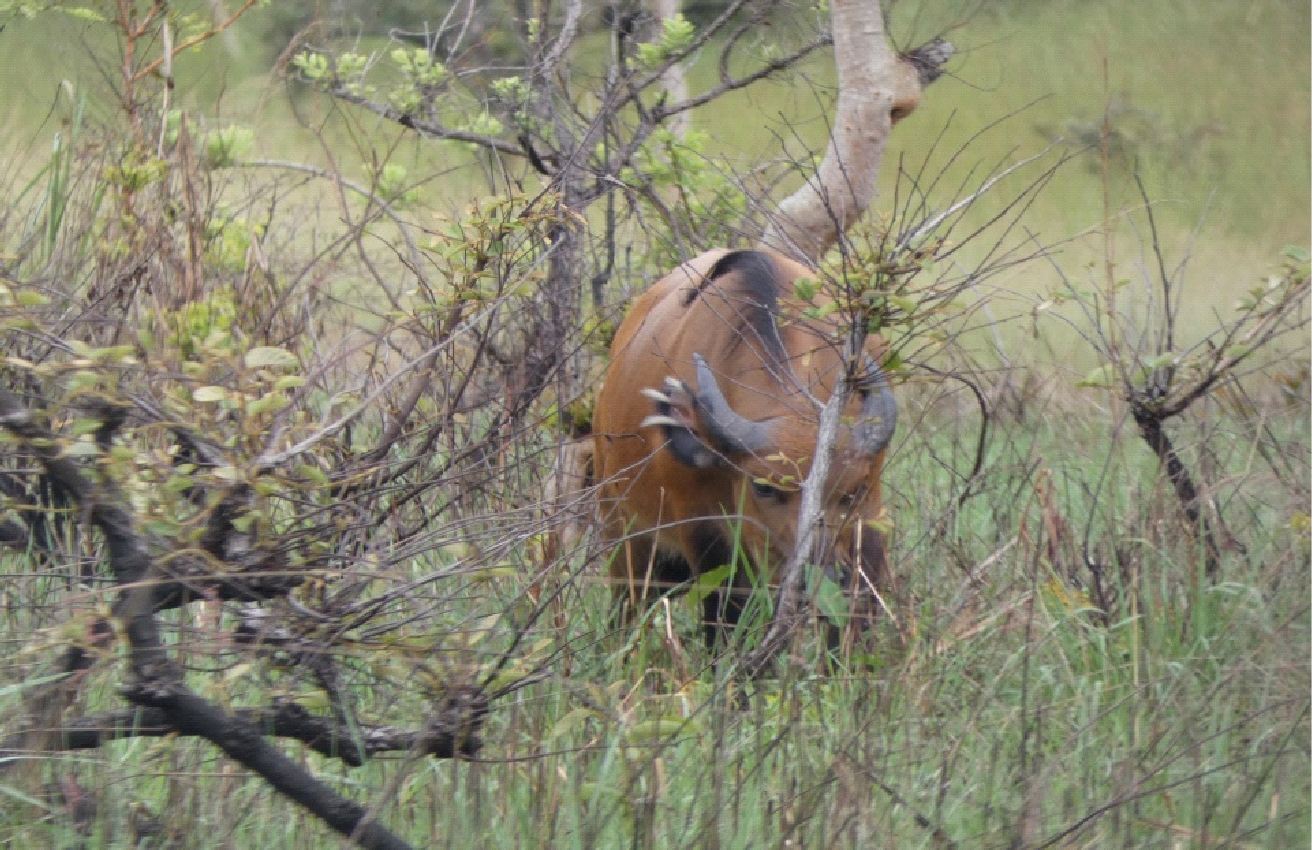 Other species are now seen in more abundance thanks to the establishment of the Lésio-Louna Reserve as a protected area since 1993. 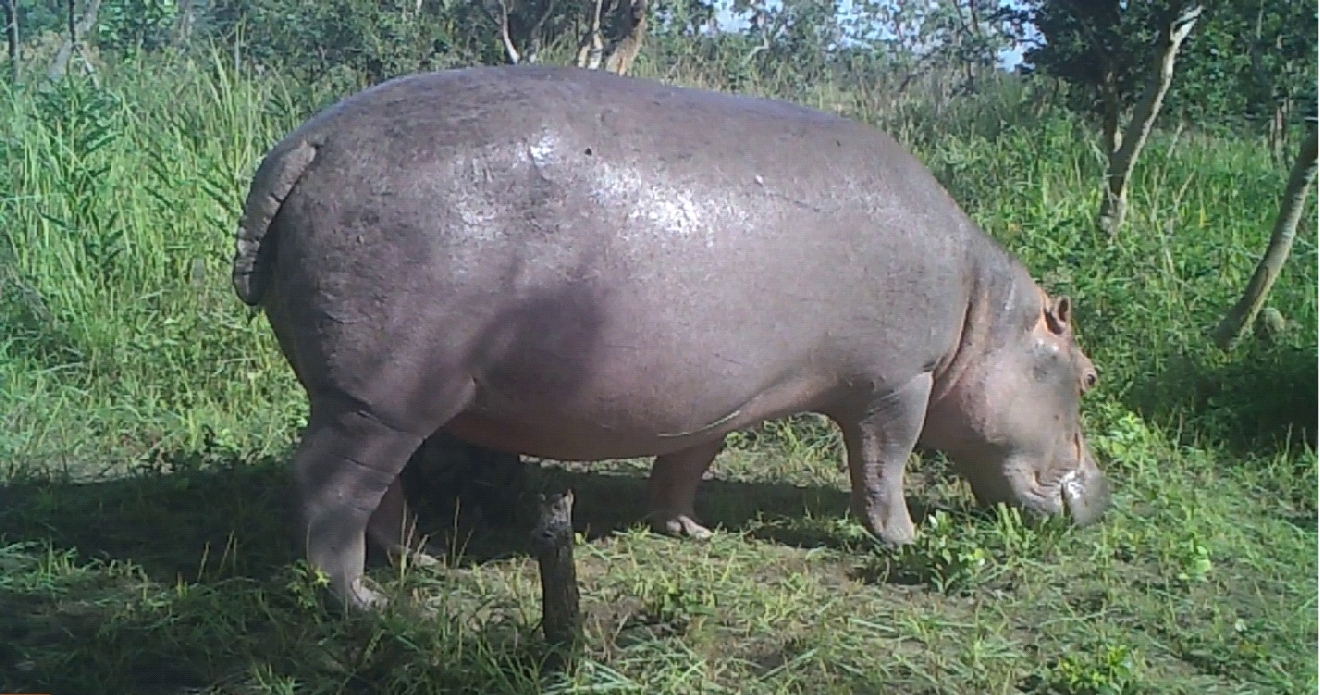 Hippopotamus photographed by the patrol team December 2021 © The Aspinall Foundation

We do, of course, also see our western lowland gorillas. As they live completely in the wild once they are released into the Lésio-Louna Reserve it is most often through camera trap footage that we see the various groups. Sometimes the images provide us with an interesting insight into group behaviour and dynamics, as in this image captured in January this year where you can clearly see the presence of two silverbacks. 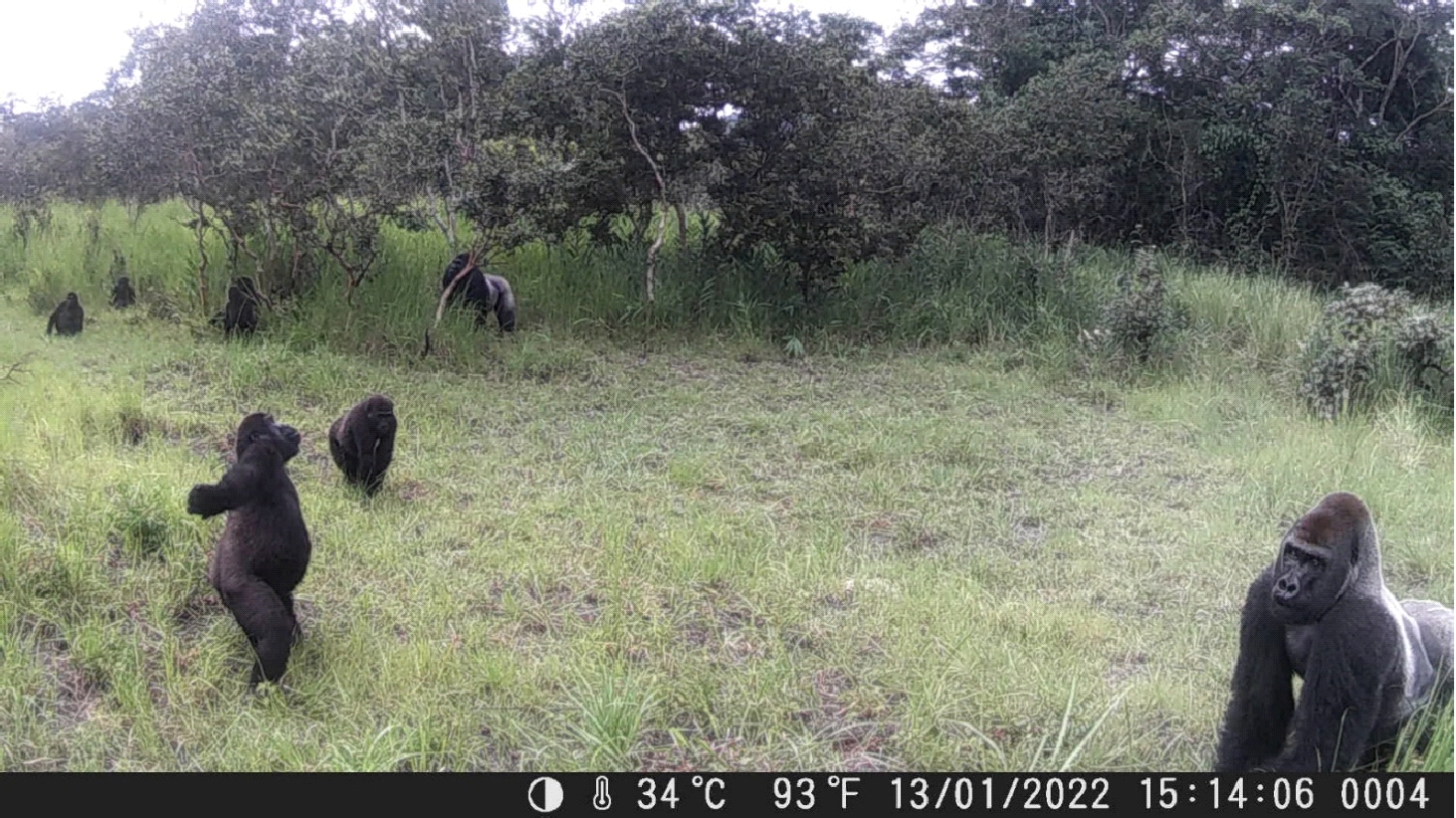 And finally we would like to show you one of the reasons camera traps can become damaged. This adolescent gorilla is inquisitive but gentle and the camera survived the attention it received. Sometimes cameras are not so lucky. 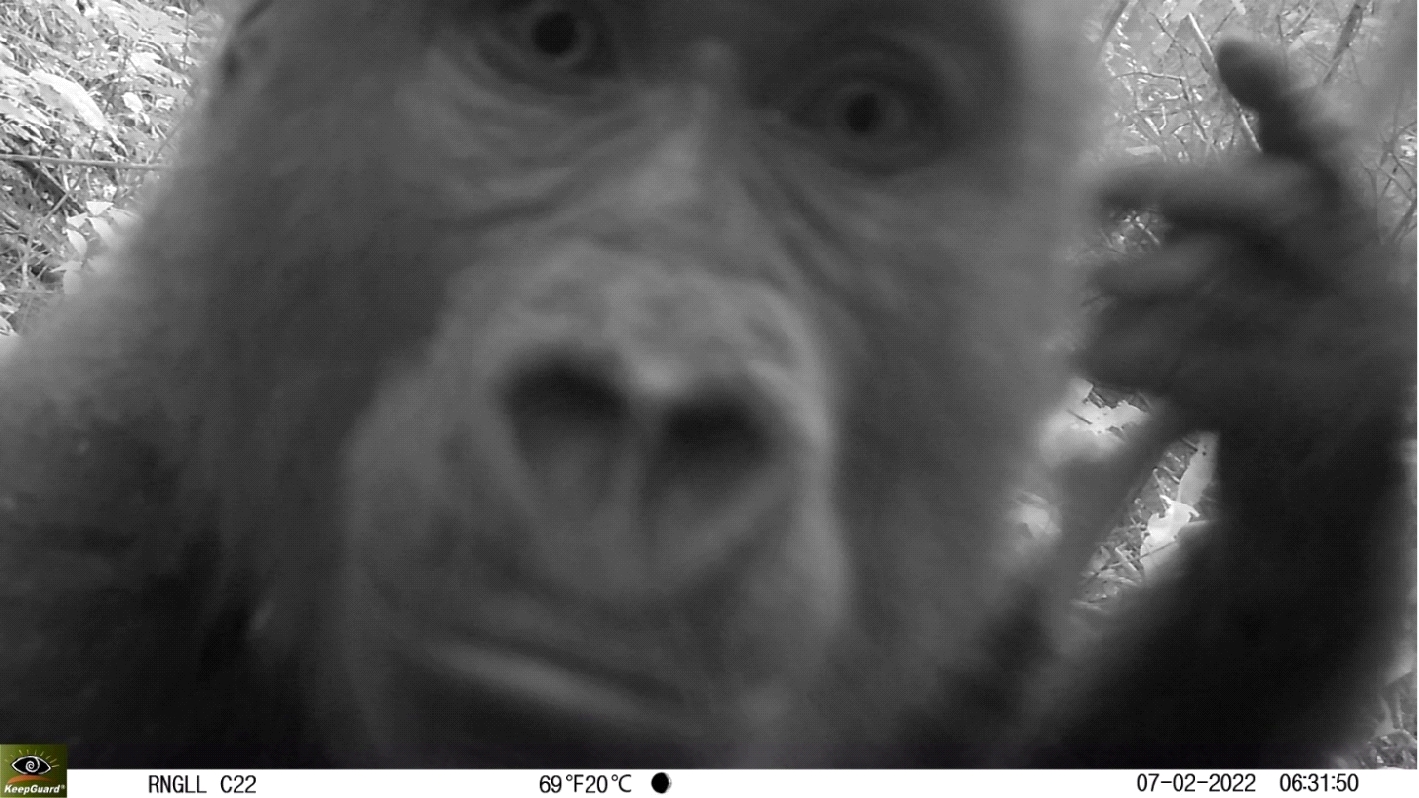 Our Gorilla Protection Project and our work at Lésio-Louna Reserve is possible thanks to administrative authorities of the Ministry, in particular the General Directorate of the Ministry of Forest Economy as well as the Directorate in charge of Wildlife and Protected Areas who have been of great support for the conservation work carried out in the Reserve. We are also extremely grateful for the support of IUCN Save our Species who, through the African Wildlife Initiative, are helping to support a two-year project that commenced in May 2020, which is enabling us to use camera traps more extensively. The African Wildlife initiative is a partnership between the European Union and IUCN that responds to conservation challenges facing key threatened species in sub-Saharan Africa. It delivers tangible results for species, habitats and people.