Last month our team in Gabon had their first contact with the Tonga group for two years. The group, estimated to be 13 in size, were spotted by the Mpassa river.  5 of the group were visible, including Tonga, Zora and Batéké. Below is a bit of background on this fascinating group and the other wild living group, the Boumangos. 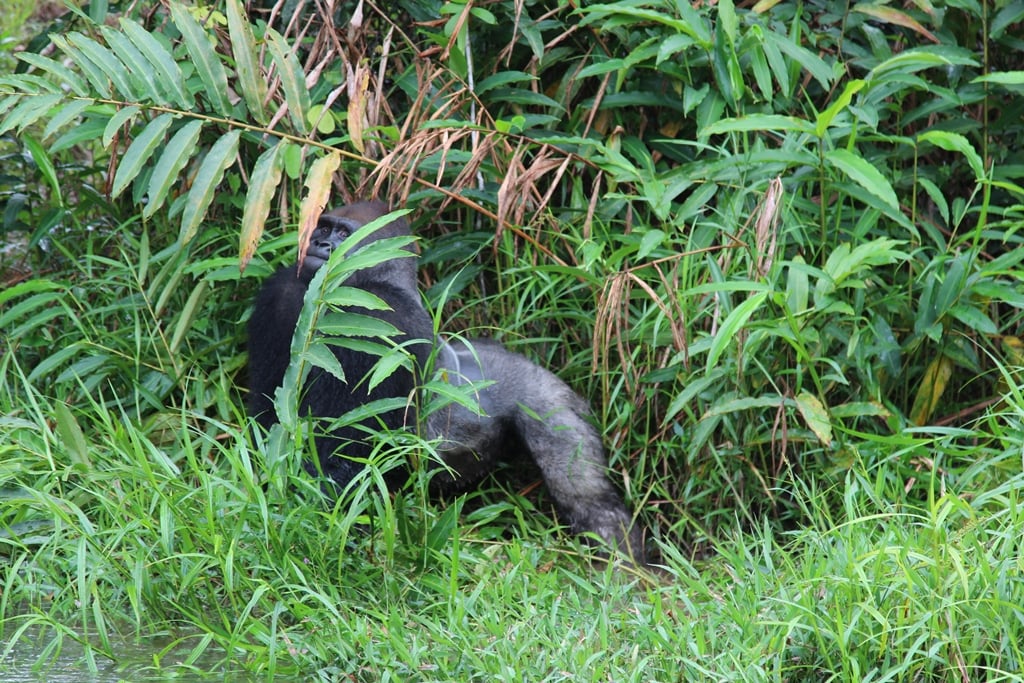 Our two free-ranging gorilla-groups, the Tongas and the Boumangos have 28 members combined (Tongas 13, Boumangos 15). All of them are either orphans of the bushmeat-trade or their offspring, who were born in the wild.

Most of the original members of these two groups grew up together in the same group. Tonga and Boumango are the only male members of this original group still around today.

Boumango split from the original group in 2012 and was solitary for years, before starting to recuperate females from Tonga in 2015. He succeeded in taking most of the first-generation adult females from Tonga. Tonga is now left with just one female, Zora; the rest of his group consists exclusively of second-generation offspring of the released orphan females. Each of the orphans have a similar, sad history of how their life had begun: their mothers and certainly several of their group members were killed for bushmeat, while they were kept alive in hope to be able to sell them as pets. After they were rescued, they spent different amounts of time in captivity before they arrived in our care. While their histories are similar, every individual’s story is unique.

Tonga was resident of the Port-Gentil “zoo”, where he was kept in a tiny cage with another orphan, Choupette. They were used as an “attraction” to bring some money to the establishment. It took a lot of negotiating to convince the owner to give them up and bring them to Mpassa in 1999. Unfortunately, the cage in Port-Gentil was refilled with other orphans (despite promises to the contrary), and two more of them had to be rescued by us, (Kongo and Djembe) before the “zoo” was finally closed. 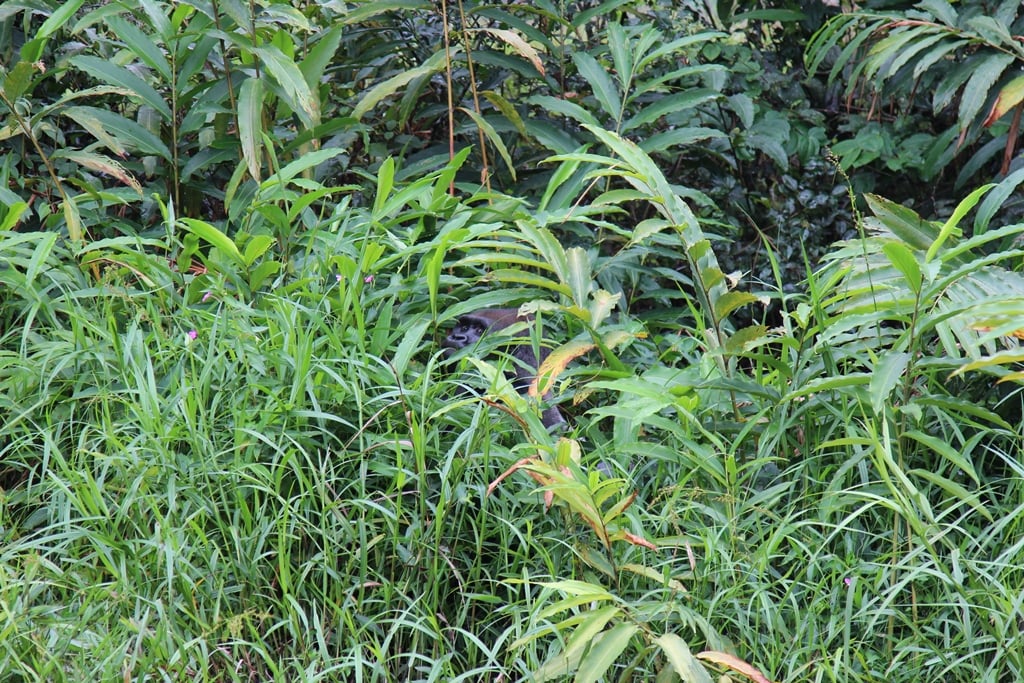 Sophie was living with a wealthy Gabonese family and was treated like a child. She had clothes, was eating at the table, and slept in her own bed. Her nickname was “Princess”. She was eventually recuperated by the owner of the Lekedi Park in Bakoumba, where she was similarly spoiled. When she re-started her new life in the forest in Mpassa, she has become the “foster-mother” to several of the younger orphans in the group. She is now in Boumango’s group, along with her already grown-up first daughter (Antsia 12 yrs) and her second offspring, Sebe (3 yrs). 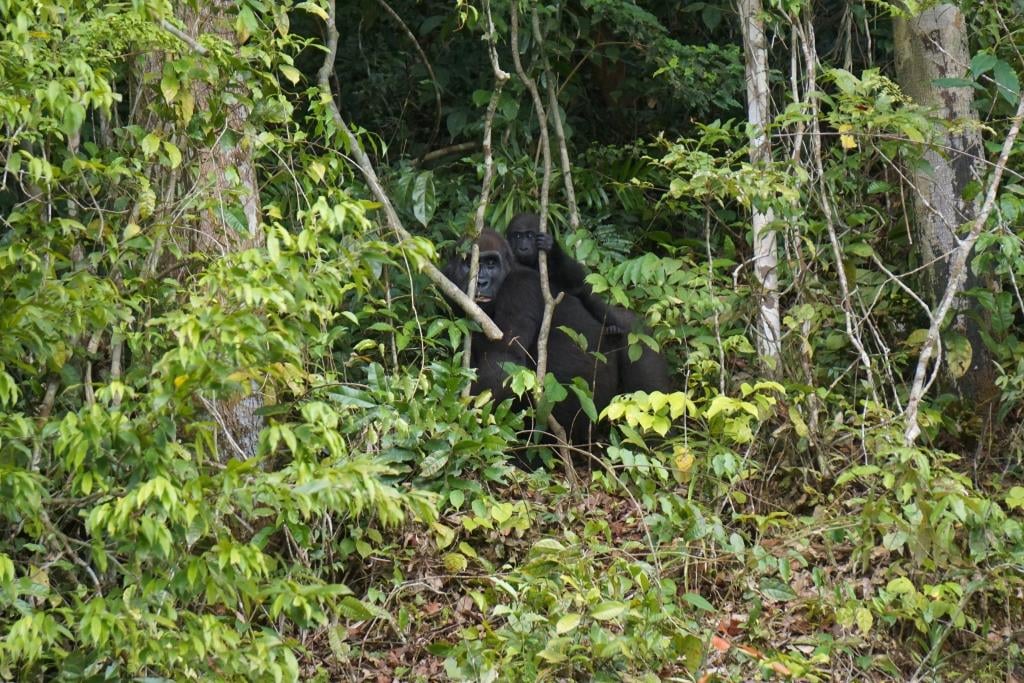 Sophie and Sebe © The Aspinall Foundation

Zora has a similar history. She lived at the tourist-resort of Nonye, south of Libreville. She was the main attraction among the tourists there, running around free in the camp, sitting on the table, eating whatever people offered her from their plates. It was the National Geographic photographer Nick Nichols, who advocated bringing her to Mpassa. After convincing the owner, he chartered a Cessna and we brought her to Franceville, and eventually to Mpassa. Originally, she was introduced and living with the “English” group of the Kwibis, but when she reached maturity, she transferred to the Tongas. Today she is still with Tonga and is the most successful female (alongside Lekedi) as far reproduction goes: she has given birth already 3 times.

Boumango was brought to Mpassa in 2000. The hunter he was confiscated from claimed that the one-year-old infant was found in a tree by himself, abandoned by his family. The obvious reality is that his family was massacred by the same (or other) hunters. 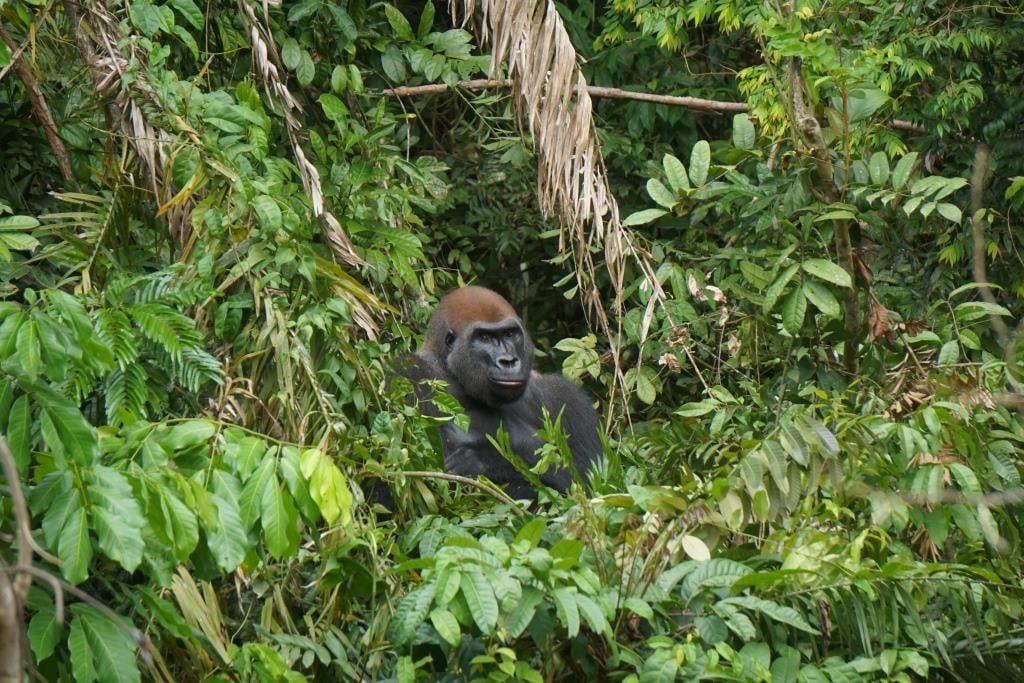 Mboundou was the youngest orphan gorilla we had at Mpassa to date. It was Sally Lahm, an American researcher in Makokou who called us about a baby she took from some villagers. She presented us a gorilla in a cardboard box, who could not have been more than 2 weeks old. At Mpassa she was carried day and night, spending the day in the forest and the night at camp, until she was old enough to stay with the other orphans permanently in the forest. Mboundou was the first female who left her original group and joined Boumango in 2015. She is one of our most confident and beautiful females. 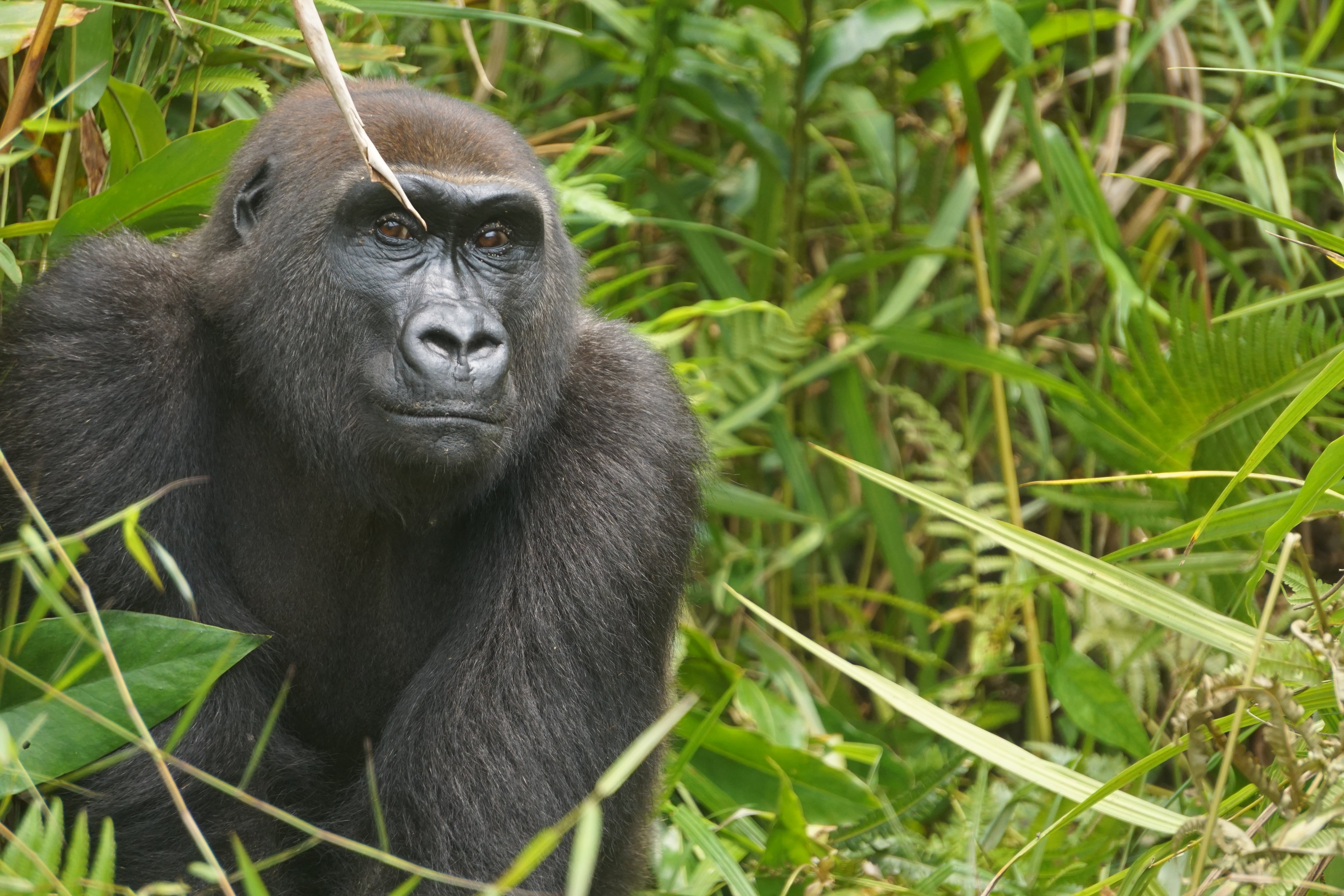 While all the orphans went through a major trauma at the beginning of their lives and were dependent on humans one way or another for years, it’s quite amazing to see how totally independent they all became, and now they are living exactly the same way as wild gorillas do.

They are no longer drawn to the river upon hearing the boat pass, sometimes there are months without seeing any of these groups. Upon chance encounters along the river, the silverbacks initially “defend” their families with fierce displays. While eventually they might observe the humans in the boat for a while, they never stay long and disappear fast, minding their own business.

Since the separation, both groups are expanding their territories, and especially the Tongas are using more and more the Lewou-gallery and the area of the headwaters of the Lewou. As this area is easily accessible by hunters in vehicles there are increasing risks of encounters between them and our gorillas. Therefore for our Gorilla Protection Project, the protection of this area is a priority.

The success of these wild living groups shows what our work protecting and rewilding of gorillas is all about. We hope to get further sightings and images of these groups in the coming months.