On the morning of the 18th October 2017 four UK born western lowland gorillas stepped onto African soil for the first time.

Our repatriation of four young silverbacks to our Gorilla Protection Project in the Republic of Congo was about to enter the pre-release phase.

Two years later, and all four are doing well as they adjust to their new surroundings. A 23 acre island had been specially created on the edge of the Lesio-Louna Reserve, containing areas of savannah, wet forest and swamp. The island was purpose made to reflect the terrain of the main reserve to help in the first stage of the habituation process. A crucial step towards introducing the gorillas to their habitat, allowing them to experience the ecosystem that would be their new home whilst containing them in an area suitable for daily feeding and meticulous monitoring. 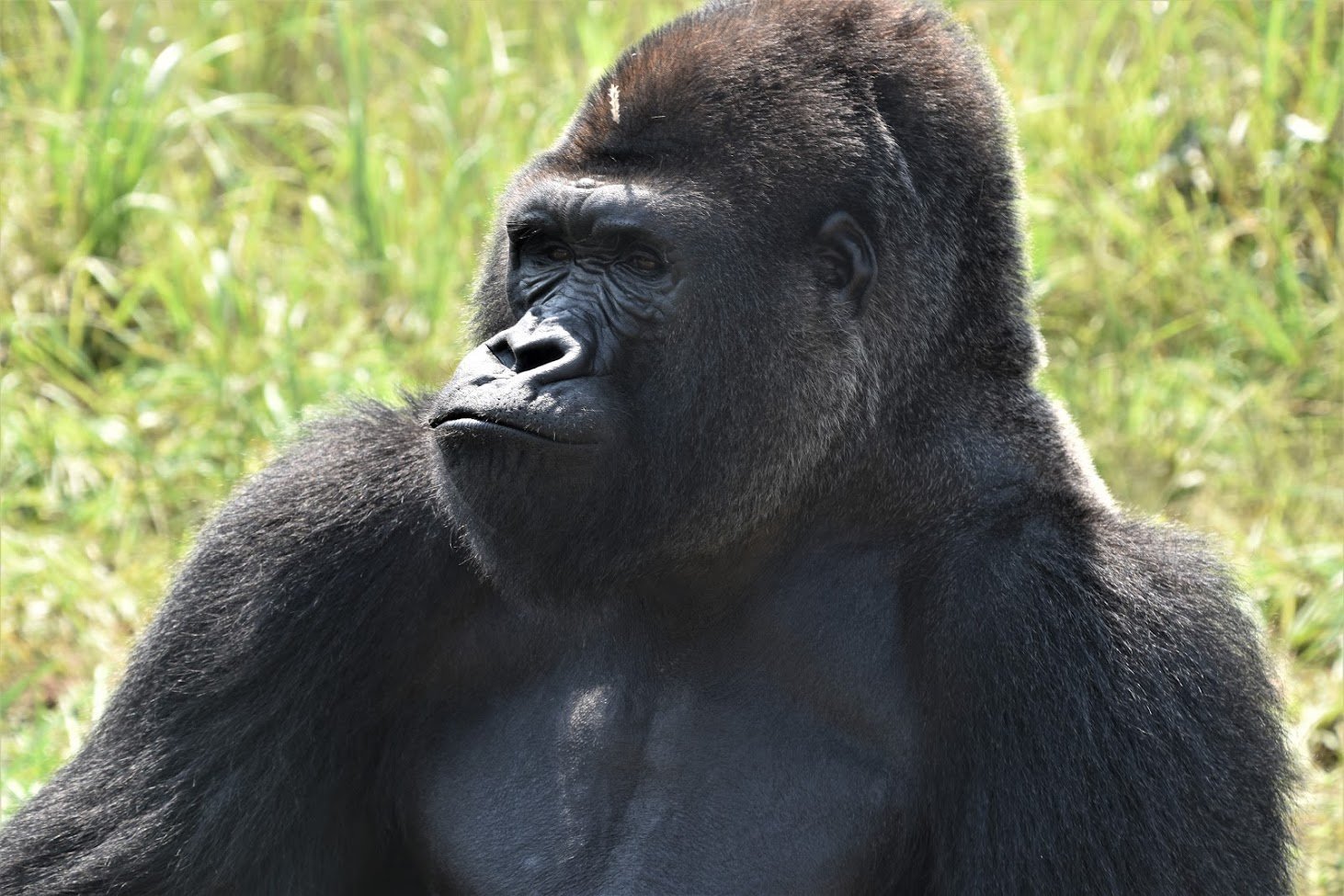 The Aspinall Foundation and our partners in The Republic of Congo have been working together for over 30 years on conservation projects, particularly the management and reintegration of gorillas in their natural environment. The four young males bred at our parks in Kent were chosen to provide important genetic diversity to the gorilla groups already established from earlier releases in the Lesio-Louna Reserve.  In time they will have the opportunity to acquire females and hopefully form groups of their own, but first they must acclimatise to a life in the wild.

Whilst their first years in Congo have not brought about any dramatic changes to the group, it has magnified the differences in their characters. The eldest, Kangu, continues to be the most relaxed and it is reassuring to see him retain that composure. He is confident enough to roam around the island, appearing to be comfortable in all terrains. Never one to seek out conflict he will nevertheless stand his ground when necessary. He is also content to eat at any of the feeding stations.

In contrast, Kouyou, who was always more excitable and sensitive to change, has become more impulsive. The greater level of freedom has encouraged him to display more intimidating behaviour, mainly towards Kebu and Fubu, and often prompted by feeding. 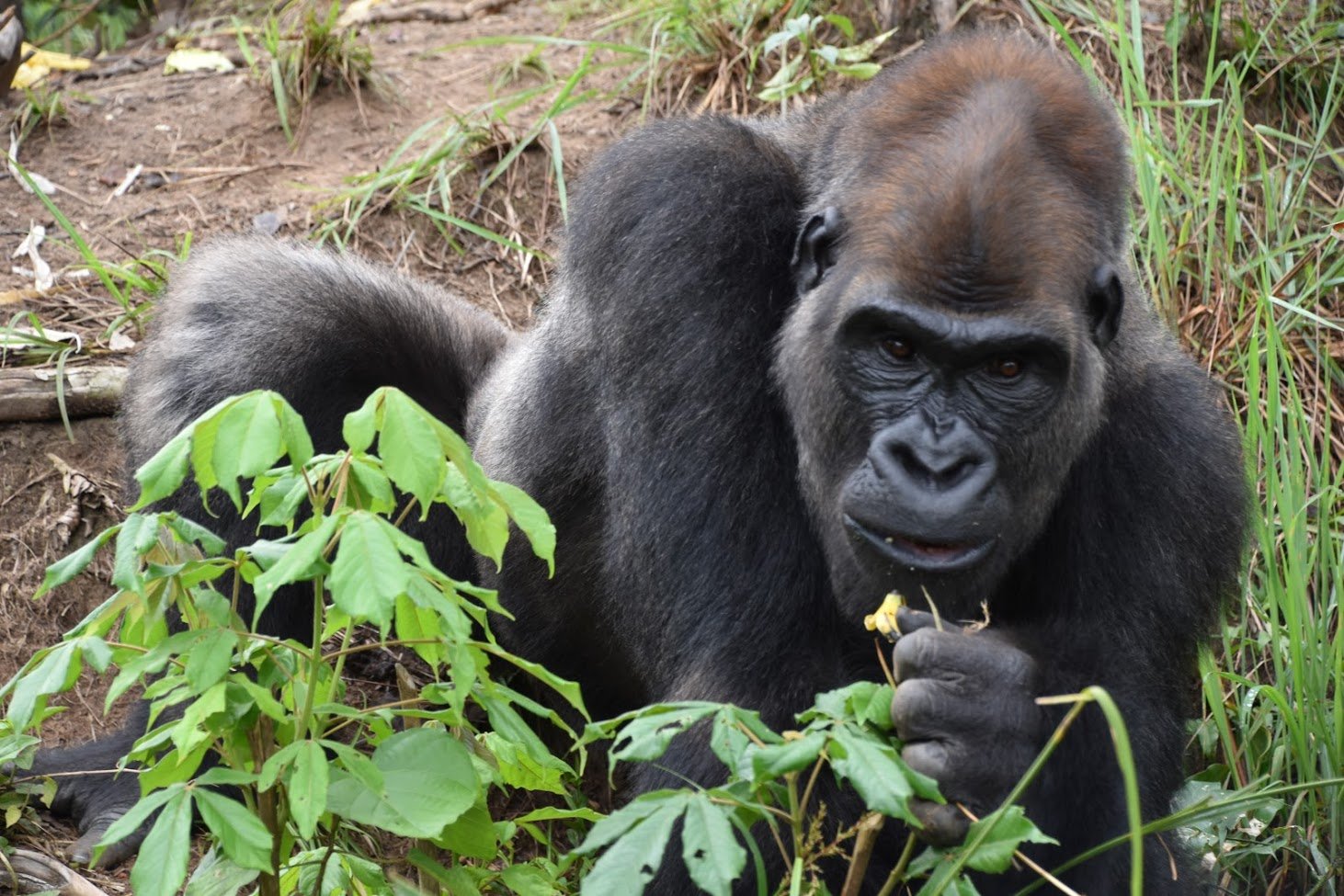 Fubu is the youngest in the group, and has welcomed the support of Kangu who has stepped in occasionally to reprimand Kouyou for his bad behaviour. His first few months were a little harder, in part due to a wound on his wrist, probably caused by some debris he encountered on the island. Gorillas usually heal well on their own, and whilst the team kept a regular check on the wound they didn’t intervene. In the wild injuries such as gashes and cuts happen, and it is important to ensure the gorillas are physically strong enough for natural healing to occur.

Back at Port Lympne, Kebu was always a bit of a loner, and in Congo this desire to be solitary has become even more evident. This may to some extent be due to the unwelcome attention of Kouyou, but it is also clearly part of his nature. He tends to stay in the forest area of the island where he can build himself comfortable nests. He suffered a bout of malaria in 2018 which was treated by the team in Congo. It is not unusual for wild gorillas to be infected with the malaria parasite, and building immunity to the disease is part of the habituation process. 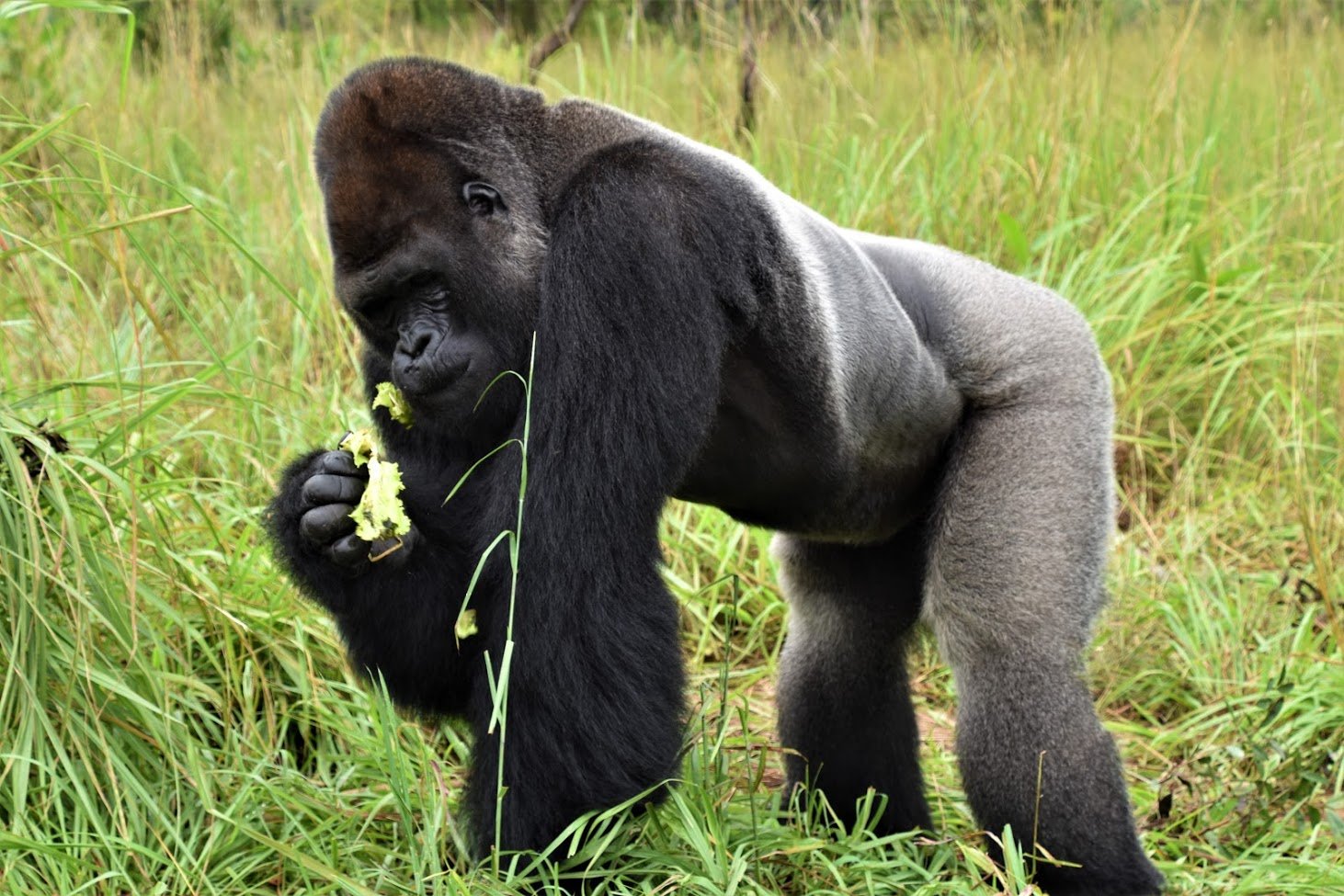 Overall these first months in their native homeland have seen a few challenges for the young silverbacks, but they have progressed well. The twice daily feeding has helped them to maintain body weight and given the opportunity to gradually introduce local fruits, and a move to a more natural diet. The monitoring process involves periodic collection of faeces from which it can be seen the gorillas are also foraging and acquiring fibre in their diet from wild plants on the island, although the reliance on supplementary feeding is expected to continue for the forseeable future.

Looking forward it is clear that Kangu and Kouyou are ready for the next stage of the pre-release phase, and they will shortly be moved to a second island nearby, inhabited by an older solitary male known as Yambo. Following a crippling episode of polio as a young orphan, Yambo has been content to live on the island. His wild-born nature and instincts should help with the habituation process. Meanwhile Fubu and Kebu will stay where they are until they are ready to make the move.

The integration into the wild of intelligent animals such as gorillas is a lengthy and complex process requiring decisions on an individual basis as they inevitably adapt at different rates. So far, the four silverbacks are all moving towards the ultimate goal - a life where they belong, free and able to sire the next generation, to be born in the wild.

Topics: Wildlife, Conservation, The Aspinall Foundation, Congo, back to the wild, gorilla