Why Should You Care About International Day of Forests

What is the International Day of Forests and when did it begin?

The Aspinall Foundation is excited to celebrate the International Day of Forests as it highlights how vitally important it is that we continue to protect our reserves overseas. We’re currently taking on one of our most ambitious Megafauna projects yet; to restore the once-ravaged Batéké Plateau National Park, covering half a million acres of forest and grasslands in south eastern Gabon. Poaching and deforestation have decimated the wildlife here over previous decades, and we’re working to reintroduce these near-extinct species back to the wild and with your help have managed to successfully reintroduce families of Western Lowland Gorilla and subsequently attract apex predators to the area.

What is the International Day of Forests and when did it begin?

The United Nations declared that the International Day of Forests would be held on 21st March every year, beginning in 2013. It’s an opportunity for industry leaders and experts to gather together to discuss the biggest issues affecting our forests and explore ways to promote global protection and adaptation schemes to help actively lower deforestation.

Countries are encouraged to raise awareness and celebrate all types of trees and forests both locally and nationally with various activities and campaigns. The theme for 2018 is focusing on sustainable cities that are greener and healthier places, thanks to the integration of urban forests and trees. 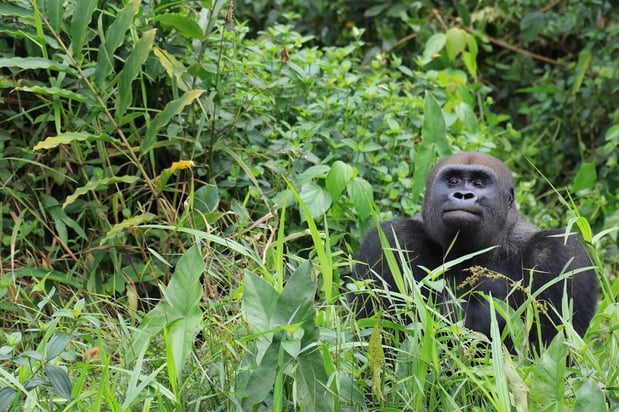 Why should you care about the International Day of Forests?

Did you know that forests currently cover 31% of the land area on earth? That’s around four billion hectares. But did you also know that we’re losing 13 million hectares of forest annually, which is the equivalent of 27 football pitches every single minute? All because of various forms of deforestation, from clear-cutting for agricultural development and timber to degradation due to climate change. Studies have suggested that if we continue tropical deforestation at the current pace, rainforests will vanish within 100 years.

What are the consequences of deforestation?

One of the most significant consequences of deforestation is the devastating impact it has on habitats. Forests are home to more than 80% of terrestrial species of animals, plants and insects, meaning that their habitats are continually being destroyed – estimates suggest that as many as 137 species disappear every day as a result of deforestation.

Sadly, a lot of species are so specially adapted to their own area of forest that they can’t survive its destruction by moving on, bringing extinction ever-closer. Even those that can adjust to a much smaller home patch lose the protection provided by a larger forest. Animals may be forced to roam further to find food, sometimes straying into areas inhabited by humans which are fraught with danger. The more animals stray into human territory, the greater the risk from hunters and poachers.

Fewer trees also means less protection from the sun for the animals’ habitat. Soil and streams dry up, removing the water sources on which both animals and trees depend. The dense forest canopy also acts as a blanket, holding in heat at night – without it, changes in temperature can harm the animals living below.

When we lose our forests, we lose many of the unique species on our planet – so we need to act now.

What The Aspinall Foundation is doing to help

Here at The Aspinall Foundation, we’re working continually with communities and teams overseas to carry out reforestation projects and restoration programmes. An ongoing reforestation project in Madagascar has seen 3,788 seedlings planted around the Anaboazo forest by 95 community members, working to encourage local engagement and protect the precious rainforests inhabited by Greater Bamboo Lemurs.

Whilst in Gabon the first sighting of a male lion in the Batéké Plateau for 20 years is a truly amazing breakthrough; it’s one of the first large carnivores to return since we began our project. His return, as well as sighting of a spotted hyena, demonstrate that animals are actively returning to this protected zone and that it is working as a sustainable ecosystem.

Because of this ground-breaking progress, in 2018, we’re pushing forward with our restoration efforts and are planning to re-introduce a group of six chimps and around 30 mandrills to the park, from a 14,000-hectare wildlife sanctuary near the city of Franceville called Lékédi Park. This sanctuary will be an important staging post for our Megafauna project, acting as a rehabilitation centre before the animals are released into the Batéké Plateau National Park to ensure they’re prepared and familiarised.

We have specifically selected seven different species that belong in the region to ensure a balanced and healthy ecosystem. From the gorillas that forage and aid seed dispersion, to the hogs that serve as valuable prey for the big cats, each one plays a vital role in the food chain, diversity and cultivation of the habitat. We need to raise £250,000 for this project so act now and help us grow and protect such a biodiverse habitat. 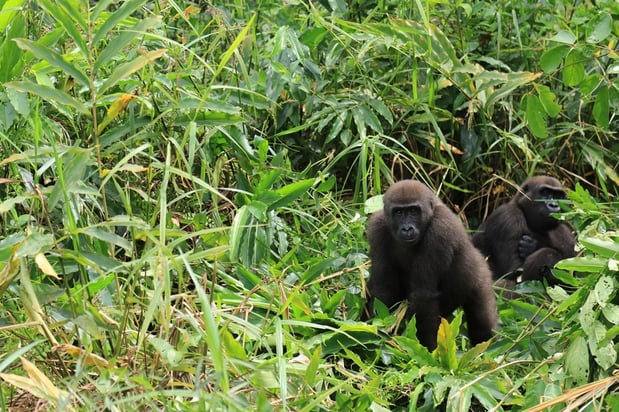 How can you help?

To continue our ongoing efforts to end deforestation and prevent species extinction, we need your help. Your donation can have a significant impact on our Megafauna projects, with even a relatively small amount going a long way. Just £250 can allow us to reach 200 classrooms to raise awareness about forest conservation and animal preservation. A sum of £50 could cover the costs of essential equipment for rangers to maintain the parks, or £15 allows us to monitor animals after their release for successful rehabilitation.

There are both one-off and monthly donation options, with as little as £5 a month helping us to fund scientific studies needed to reintroduce critically endangered species back to the wild. If you care about our forests and the wildlife that can’t exist without them, please donate today!